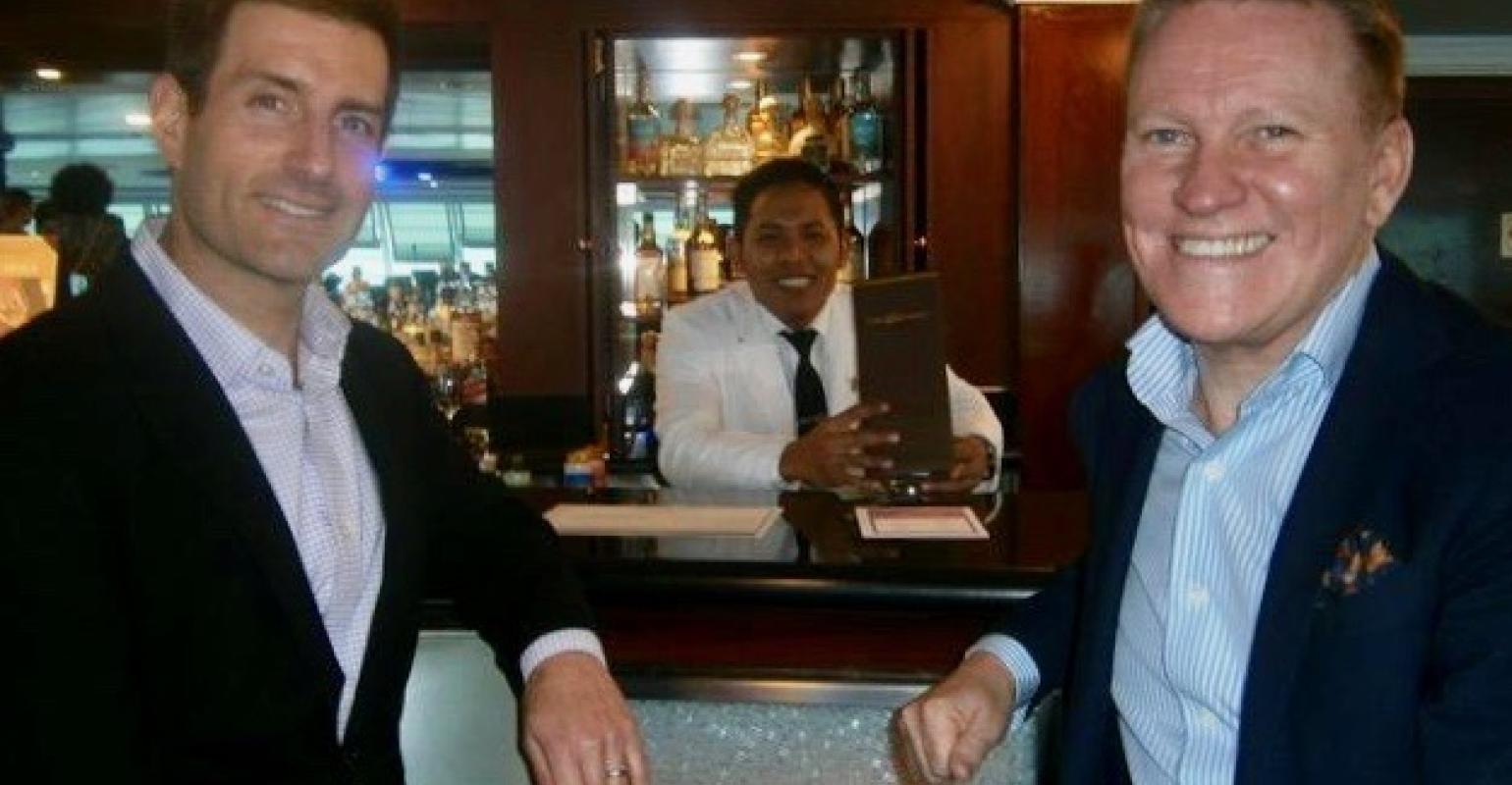 PHOTO: HELEN HUTCHEON
Steve Odell, right, with Jason Worth, VP and GM of Oceania Cruises Australia and New Zealand, aboard Regatta in Sydney

Oceania’s Regatta’s rejuvenation on show Down Under

Oceania Cruises’ Regatta, the third ship in the fleet to be rejuvenated as part of the company’s $100m OceaniaNEXT initiative, sailed into Sydney on Friday for an extended season Down Under.

Sydney travel partners and media are the first to see the enhancements aboard the 684-passenger R-class ship before she undertakes an extensive cruise programme to ports in Australia, New Zealand and the South Pacific.

Regatta emerged from dry dock on September 22 after following her sister ships, Insignia and Sirena, in the dramatic OceaniaNEXT makeover.

‘We are lucky to be one of the first regions in the world to experience the re-inspiration of Regatta, which boasts 342 brand-new designer suits and staterooms and stunning new decor in her restaurants, lounges and bars,’ Steve Odell, SVP and MD APAC for Oceania Cruises and Regent Seven Seas Cruises, told guests at a lunch aboard Regatta today.

'Surprises and delights' to come

‘The re-imagination of these four stunning vessels is just the beginning,’ Odell said. ‘We have many surprises and delights to reveal in 2020 and beyond as part of OceaniaNEXT which we cannot wait to unveil.

‘It is a very exciting time to be introducing the new-look Regatta to Australia, which is now No. 2 source market in the world after North America and overtaking the United Kingdom’ he said.

He said a new dedicated Aquamar Spa and Vitality Centre will debut when Regatta returns to Sydney in her current programme on January 6.

Nautica will be the last of the R-class ships to receive an OceaniaNEXT makeover in June next year.