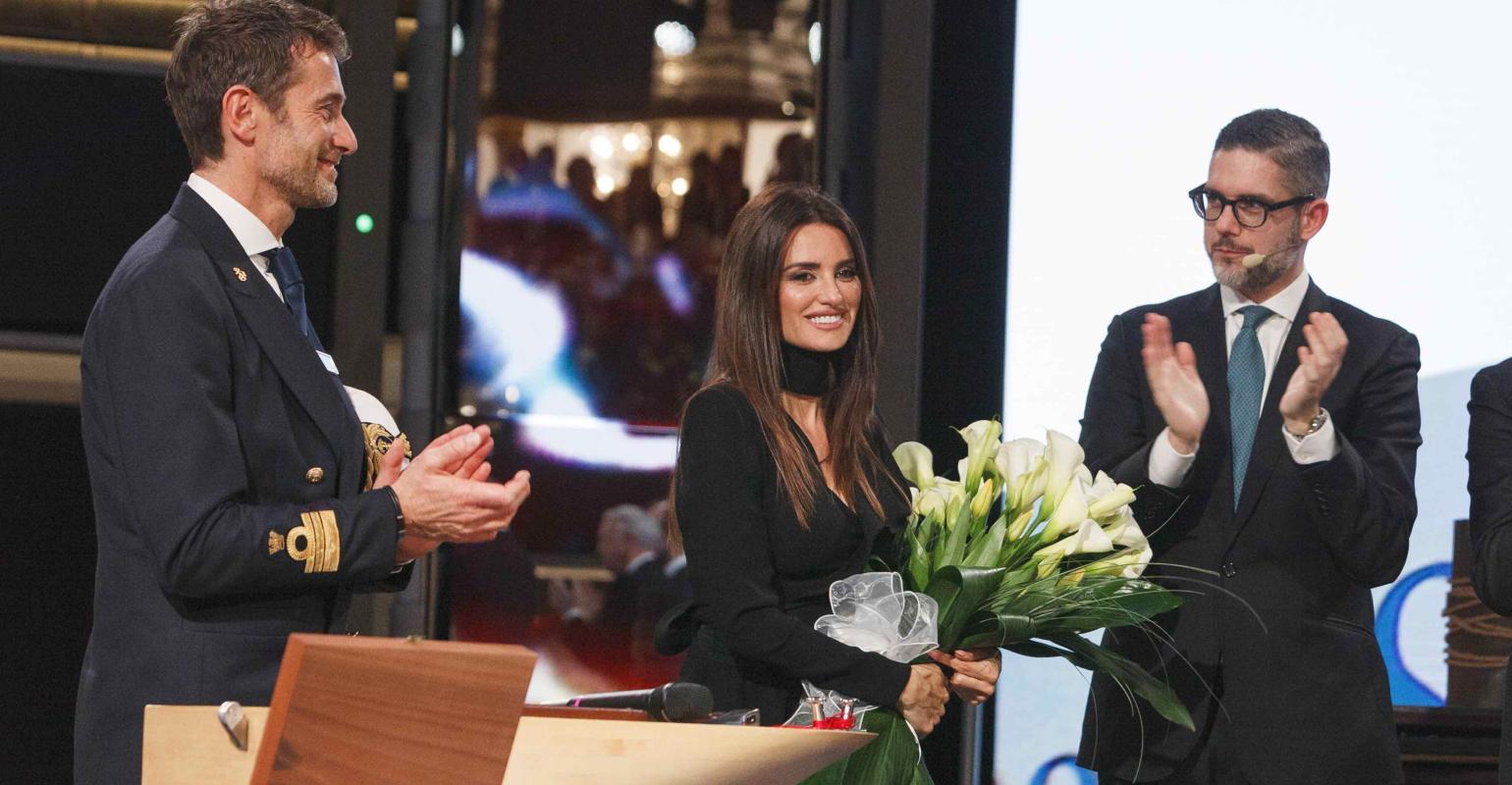 Inside the Colosseo, a triple-deck theater located at the center of the ship, Cruz cut a ribbon that sent a bottle of Champagne smashing against the bow. She was accompanied by Costa Smeralda master Paolo Benini.

Also starring at the celebration was the acclaimed Italian chef Bruno Barbieri, who conceived and presented a special gala cocktail for the occasion.

The event continued with an acrobatic show, ‘Dream,’ produced by Viktor Klee and starring nine spectacular acrobats. The celebrations were to be capped with fireworks launched from a barge positioned in front of Priamar Fortress to send off the ship.

Costa Smeralda was designed as a tribute to Italy in a creative project led by designer Adam D. Tihany. The furnishings, lighting, fabrics, upholstery and accessories were all made in Italy especially for the new flagship by 15 partners who are all ambassadors of Italian excellence.

Italian design is also showcased in the Costa Design Museum (CoDe) on board.

Other highlights include the Solemio Spa, the entertainment areas, themed bars in collaboration with leading Italian brands, 16 restaurants and ‘food experience’ areas that include spots for casual family dining. Ristorante LAB offers the chance to learn about cooking and food sustainability at the same time.

Costa Smeralda’s new entertainment concept has shows and happenings going on at the same time in different parts of the ship.

Besides LNG, the ship has numerous environmental elements. For example, energy consumption is reduced via an intelligent energy management system.

Solid waste is managed with 100% separate collection for recycling of plastic, paper, glass and aluminum using an integrated approach inspired by circular economy projects. And the 4GOODFOOD program aims to reduce food wastage and to recover food surpluses for social betterment in cooperation with the European Federation of Food Banks.

‘We were the first [cruise] company to invest in LNG and we are currently working to develop other sustainable technologies such as battery storage, fuel cells and liquefied gas from renewable energy sources,’ said Michael Thamm, group CEO of Costa Group, which also includes AIDA Cruises and Carnival Asia.

Costa Smeralda began sailing Dec. 21. The ship is operates weeklong cruises in the Western Mediterranean with calls at Savona, Marseille, Barcelona, Palma de Mallorca, Civitavecchia (Rome) and La Spezia. This summer, the ship will also call at Cagliari, while visits to Palermo are planned starting in winter 2021/22.

US now requires cruise lines to get people home on charter flights
Apr 05, 2020