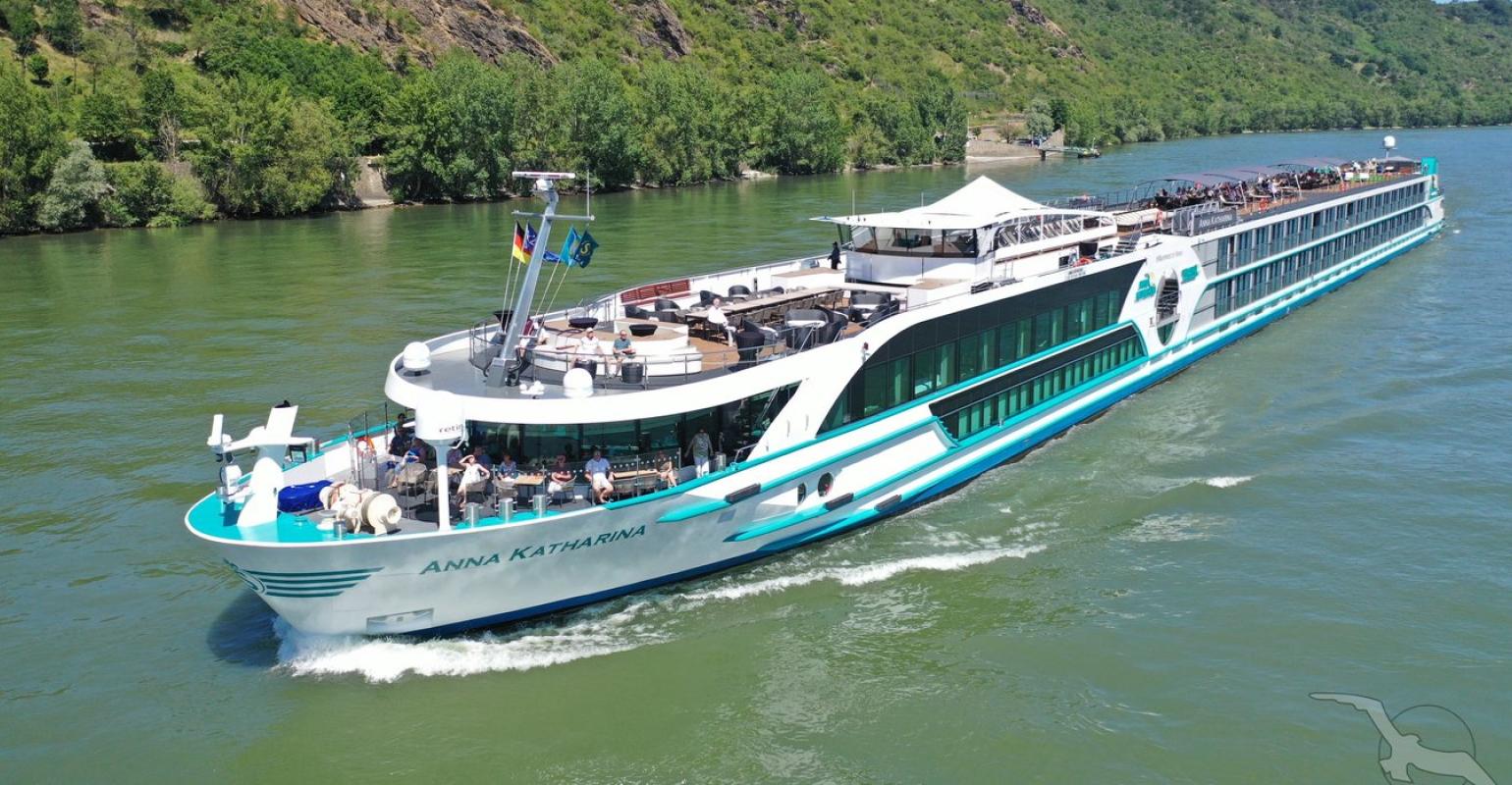 The family-owned German cruise operator Phoenix Reisen is continuing its expansion with the acquisition of Holland America Line's former Prinsendam and the inauguration of the chartered river vessel Anna Katharina.

Prinsendam, which was transferred from the Dutch to Bahamas flag as Amera last week, arrived at Blohm+Voss shipyard in Hamburg on July 2 to undergo an extensive upgrade and conversion into her new operator's concept and registry. She will be christened officially in a small ceremony at Bremerhaven on Aug. 16, followed by a five-day maiden cruise.

Anna Katharina on the Rhine and Moselle

Anna Katharina joined the Phoenix fleet of chartered river vessels via a small christening party June 28. Her godmother was Anna Katharina Zurnieden, the niece of Johannes Zurnieden, who founded Phoenix Reisen in 1973 as a travel agency specialised in city breaks before branching into cruising with the 1988 charter of TSS Maxim Gorkiy.

Anna Katharina is owned and managed by Baar-based Scylla AG, while hotel operations are provided by Sea Chefs. The 135-metre vessel accommodates up to 180 passengers in 90 cabins, including 74 cabins with a French balcony.

Flying the Swiss flag and with a crew of 40, Anna Katharina belongs to the premium segment serving the German-speaking market. Public facilities include two restaurants, a hairdressing salon, a spacious spa area and a pool on deck.

For the rest of this season Anna Katharina will cruise along the Rhine and Moselle rivers. She currently operates a weekly itinerary from Cologne to Koblenz, Rüdesheim, Mannheim, Strasbourg/Kehl, Basel, Breisach, Worms and Mainz. Next year the vessel will sail the Danube.

Prinsendam was taken over by her new owners on July 1 in Ijmuiden and transferred to Hamburg the following day. Blohm+Voss work will include a full refurbishment of the cabins and, on the technical side, the rudders will be modified. The cost of the upgrade has not been disclosed, but earlier this year Phoenix MD Benjamin Krumpen said the ship's first docking after takeover would amount to some €25m.

Upon her redelivery, Amera will embark on her Phoenix career with a cruise from Bremerhaven to Dover, Antwerp and Amsterdam. Sailings to Norway and Baltic destinations follow, before Amera repositions to the Mediterranean in the beginning of October.

Amera will accommodate up to 835 passengers and sail with a crew of 420 to 440, including European officers. Hotel operations and catering are provided by Sea Chefs, while the vessel's technical manager is Bernhard Schulte Cruise Services (BSCS), part of Cyprus-based Bernhard Schulte Shipmanagement (BSM). BSM/BSCS will also manage Amera's technical upgrade in Hamburg.

The ship's addition to BSCS's fleet is a milestone for the young company, which started its cruise industry involvement less than two years ago. Established in 2017 to expand the Schulte Group's activities into the cruise sector, BSCS is part of a venture that owns about 100 ships and manages a total of 600 with a team of some 18,000 seafarers and 2,000 shore staff.

In March 2018, BSCS took the first ship under its management, Phoenix Reisen's Albatros. About 80 deck and engine crew (out of a total of 340 crew) have since been employed through BSM/BSCS. Subsequently Bernhard Schulte has taken over the management of most of Phoenix ocean ships, with Phoenix becoming BSM's most important cruise industry account.

As part of Schulte's expansion, Jalesh Cruises' Karnika also joined the fleet in the spring. With Amera, BSM/BSCS further consolidates its position as technical manager for cruise vessels, and adds a first reference in the area of major ship upgrades.