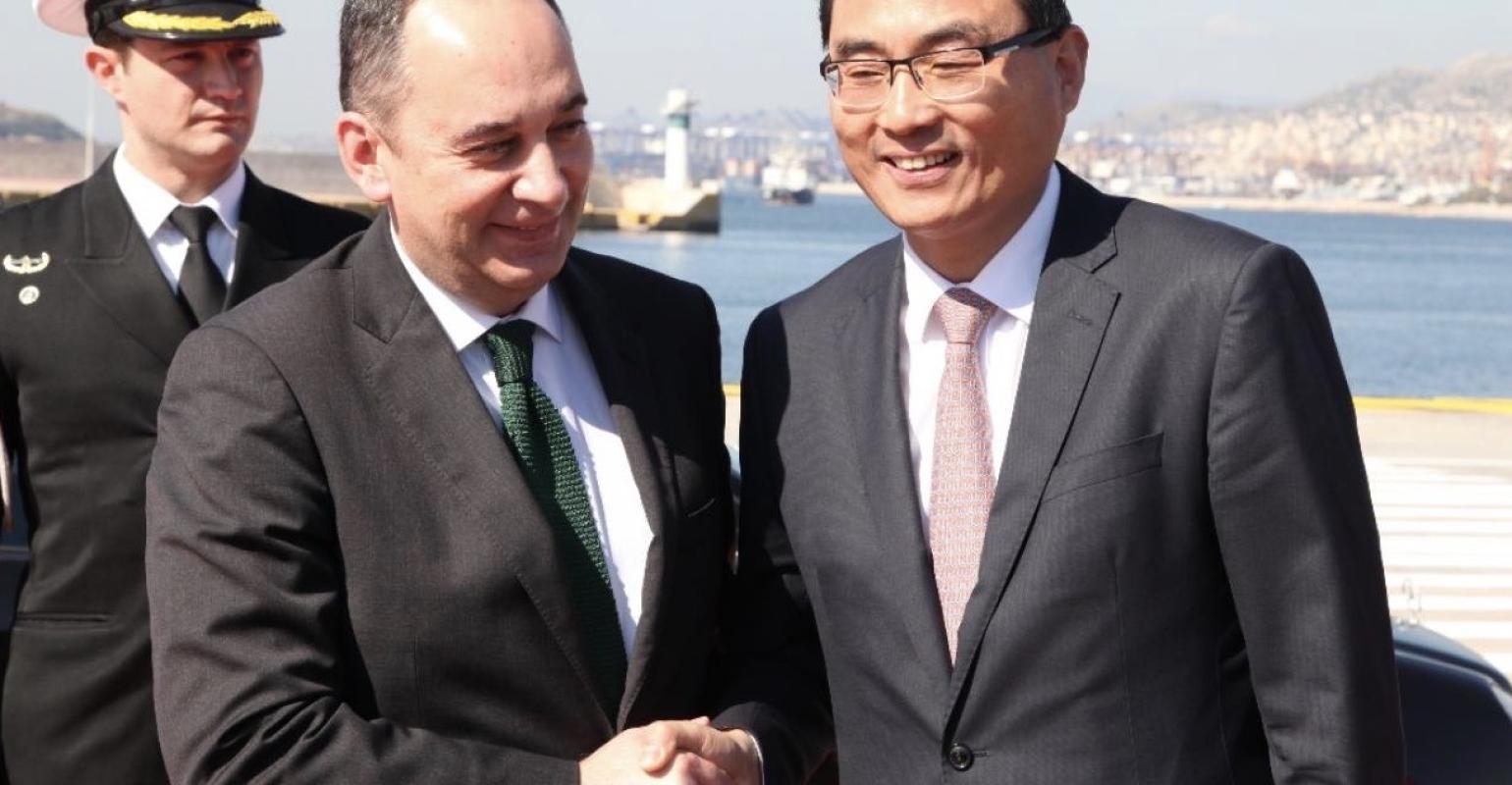 Port of Piraeus celebrated the inauguration ceremony of its Cruise Terminal expansion project.

With an initial €120m budget, co-funded by the European Regional Development Fund,  it involes the construction of two berths for cruise ships over 280mtr in length with completion sent within 32 months.

It will allow Port of Piraeus to welcome more larger cruise ships and increase homeporting capacity.

Greece’s Minister of Shipping Ioannis Plakiotakis, Regional Governor of Attica Gorgios Patoulis and the Mayor of Piraeus, Yiannis Moralis as well as representatives from many of the port’s cruise line customers also attended.

The Chairman of PPA Yu Zenggang stated: ‘Cosco Shipping has a holistic development plan for the port of Piraeus. Our goal is to improve all port activities and the expansion of the passenger port will enhance the cruise sector not only Piraeus but the whole of Greece.’