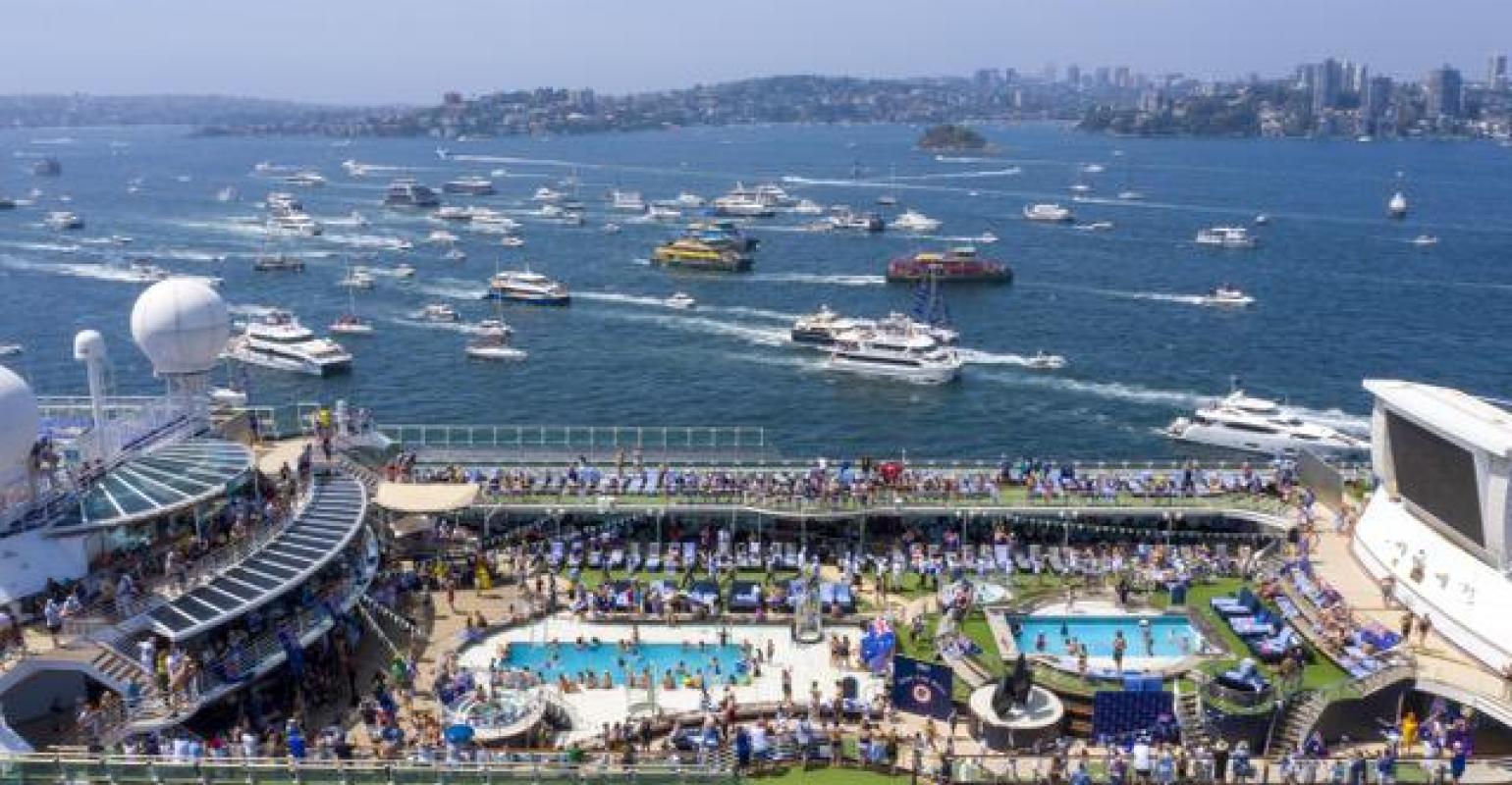 Around 2,000 passengers on board Pacific Explorer participated in a deck party with typically Australian activities, including thong throwing contests and meat pie eating championships.

They watched the annual ‘Ferrython’ race between harbour ferries, the ‘tug and yacht ballet’ billed as ‘a dance like no other’ where tugs and yachts moved in precision to music and a parade of tall ships, including the 19th-century barque James Craig, launched in 1874.

There was also a grand harbour parade of vessels of all shapes and sizes vying to be ‘the best dressed boat.’