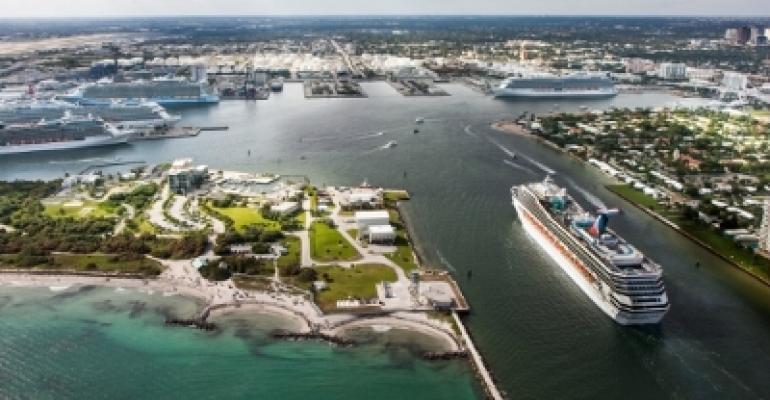 At Port Everglades, the project will enable the Intracoastal Waterway to be widened, alleviating a chokepoint

The US Army Corps of Engineers 2020 Work Plan includes funding to deepen the Lower Mississippi River and to alleviate a chokepoint at Port Everglades in Florida.

$85m for the Mississippi, $29m for Everglades

Released today, the plan includes $85m to deepen the Lower Mississippi River to 50 feet and $29.1m to build a new facility for the US Coast Guard Station Fort Lauderdale further east so the Intracoastal Waterway can be widened by 250 feet.

Widening the Intracoastal will alleviate a chokepoint where large neo-Panamax cargo ships currently have operating restrictions that affect their ability to transit past docked cruise ships. The Coast Guard station reconfiguration is estimated to be completed by November 2023 at a total cost of approximately $39m, with the balance paid through port revenue and state grant funds.

‘Addressing this chokepoint is a critical step to widening the Intracoastal Waterway so cargo ships are able to transit to and from the southern part of the port,’ said Glenn Wiltshire, acting chief executive and port director, Port Everglades. ‘The new Coast Guard Station is a welcomed bonus that is needed for our community.’

Meanwhile, in Lousiana, deepening the river will enable the Port of New Orleans to move more traffic, while the state will be able to take the sediment and use it to rebuild the coast, increasing lifesaving flood protection, according to US Rep. Steve Scalise.

‘This is fantastic news for the Port of New Orleans and the entire Lower Mississippi River,’ added Brandy Christian, port president and CEO. ‘We applaud the efforts of our Congressional delegation, as well as the Big River Coalition and Louisiana’s maritime stakeholders to secure the necessary funding for the future of international commerce in Louisiana.

'A deeper Mississippi River channel will benefit ocean carriers, shippers, growers and manufacturers alike and is essential to the port’s competitiveness in the global economy.’