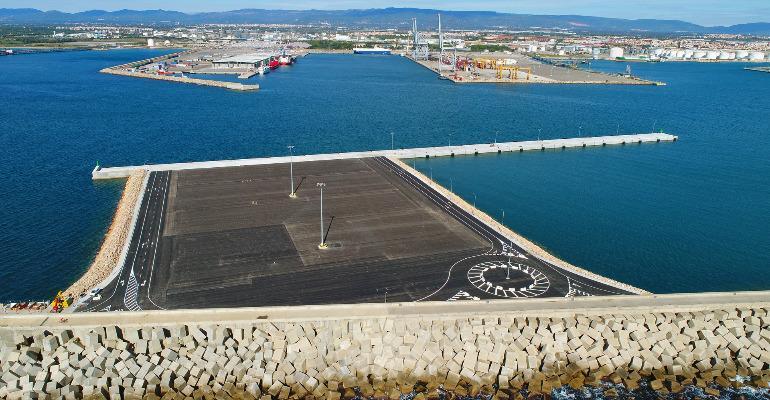 The more than 30m euro investment has expanded the space available for cruise operations by 40,000 m2

More than 30 million euros has been invested in the development of this new infrastructure.

The Port of Tarragona inaugurated, on October 29, the new Balears Wharf - the new multipurpose infrastructure adjoining the Llevant breakwater.

For the president of the Port of Tarragona, Josep M Cruset, 'in two years this new wharf will allow us to return to the record figure of 128,000 passengers we reached in 2019.' He added that 'the construction of the new cruise terminal would mean having a new convenient functional area of more than 5,000 m2 to provide an improved service to cruise ship passengers in the coming seasons.'

In his speech, Cruset highlighted the 'step forward' represented by this new infrastructure. The Balears Wharf increases the dockside mooring for cruise liners by 700 metres and offers a much more convenient and agile operation. The infrastructure represents a qualitative improvement for cruise activity, as it opens the door to accommodate larger liners and allows more vessels (up to four) to tie up simultaneously.

The investment of more than 30 million euros has increased by 40 hectares (40,000 m2) the space available for cruise operations. The construction work began in May 2020, during the first wave of the Covid-19 pandemic. Having overcome all the logistics and sanitary challenges, it was completed a year and a half later.

The evolution of the cruise project in Tarragona

The Balears Wharf will strengthen and improve Costa Daurada’s tourism diversification and deseasonlisation strategy. It is an activity with the opportunity to grow in the coming years and generates business in the months before and after the summer high season.

The Tarragona cruise project is a task undertaken with the consensus of the territory’s main institutions, which are represented on the Institutional Cruise Board. The main administrations, entities and companies in the tourism sector of the Costa Daurada are at present: Turisme de Catalunya, URV (Eurecat Department of Tourism Innovation - Technological Centre of Catalonia), Tarragona Provincial Government, Tarragona Chamber of Commerce, the town councils of Tarragona, Reus and Vila-seca, PortAventura, Reus Airport and the Province of Tarragona Federation of Hospitality and Tourism Entrepreneurs.

The cruise activity in the Port of Tarragona attracts a wide diversity of tourists from Europe and America. The most numerous are Italians (90,661); the second largest group is British tourists (51,793); and the third, fourth and fifth respectively are 36,927 from France, 14,900 from North America and 14,000 from Germany.

The tourist attractions receive very high ratings each year according to the satisfaction monitoring. Cruise passengers rate the destination of Tarragona as excellent (overall rating nine out of 10) and 94.2% of visitors say they will recommend Tarragona/Costa Daurada to their friends and family. 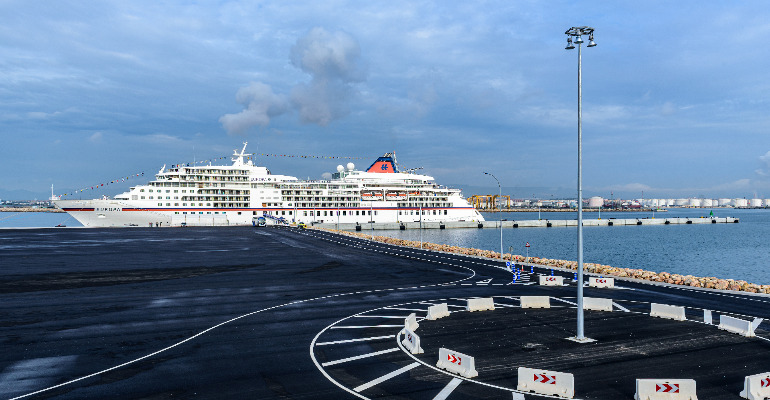 The Balears Wharf in figures

• Built in 17 months, overcoming the obstacles arising from the COVID-19 pandemic between May 2020 to September 2021

• Ability to accommodate the largest cruise ships in the world

To find out more, watch the video here.