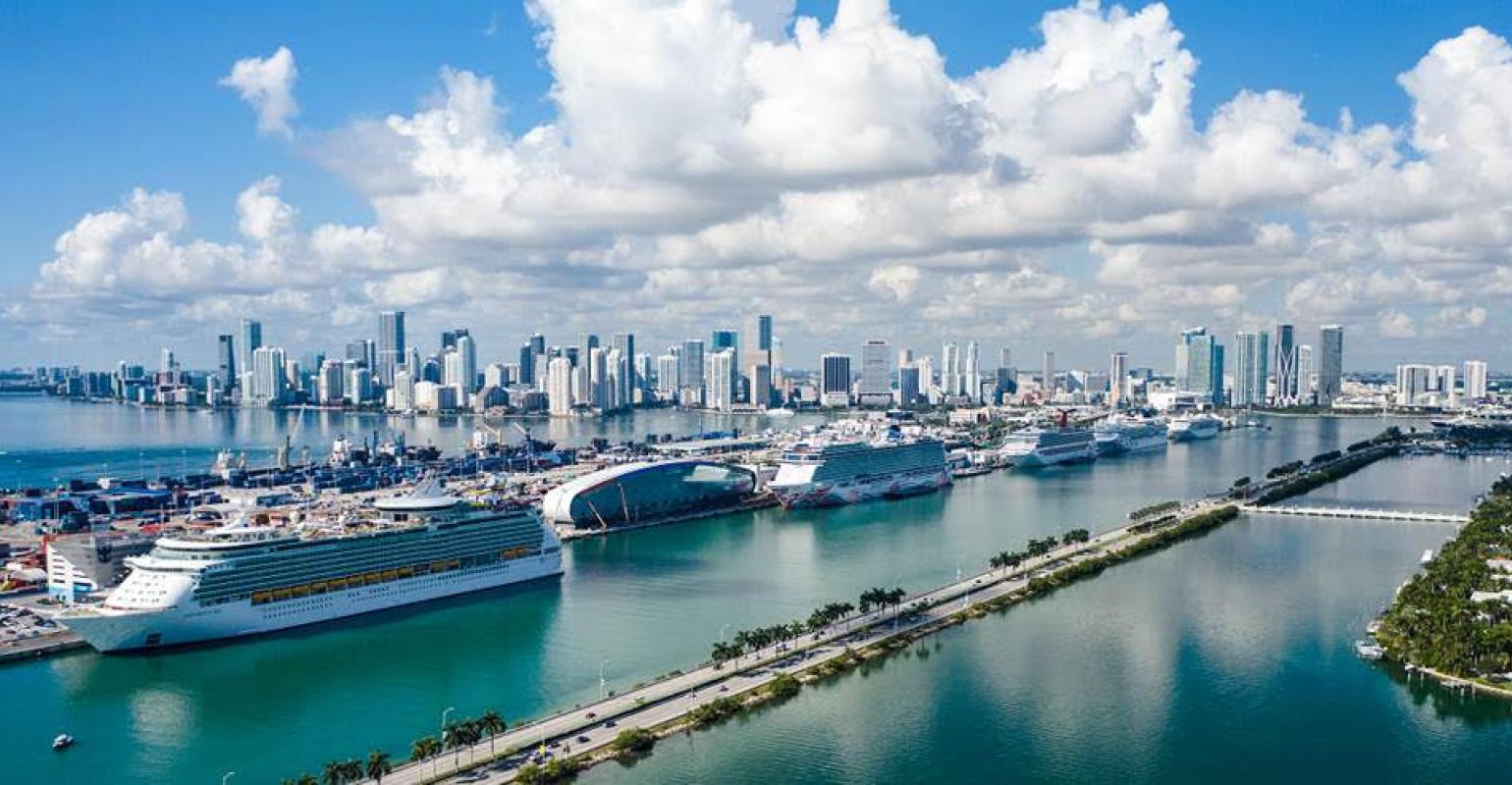 PortMiami chalked up a record year with a 22% increase in cruise passenger movements, reaching an all-time high of 6,824,000.

This occurred during the 12-month period ended Sept. 30.

PortMiami also consolidated its partnerships by securing a series of long-term deals and new terminal developments with Carnival Corp., MSC Cruises, Norwegian Cruise Line and Virgin Voyages. The expanded partnerships are anticipated to generate an additional estimated economic impact to South Florida of about $7.8bn with 27,500 new direct, induced and indirect jobs annually.

‘The strong performance at PortMiami, one of Miami-Dade County’s main economic engines, is great news for our community,’ Mayor Carlos Gimenez said. ‘The growth figures confirm our role as a leading global gateway and demonstrate the continuing draw of the port.’

The mayor thanked cruise and cargo partners for working with PortMiami Director and CEO Juan Kuryla and his team to extend their business relationships.

Chair of the Tourism and the Ports Committee Rebeca Sosa also acknowledged the US Coast Guard, US Customs and Border Protection, Biscayne Bay Pilots, International Longshoremen’s Association’s Locals 1416 and 1922, and the Miami-Dade police and fire departments