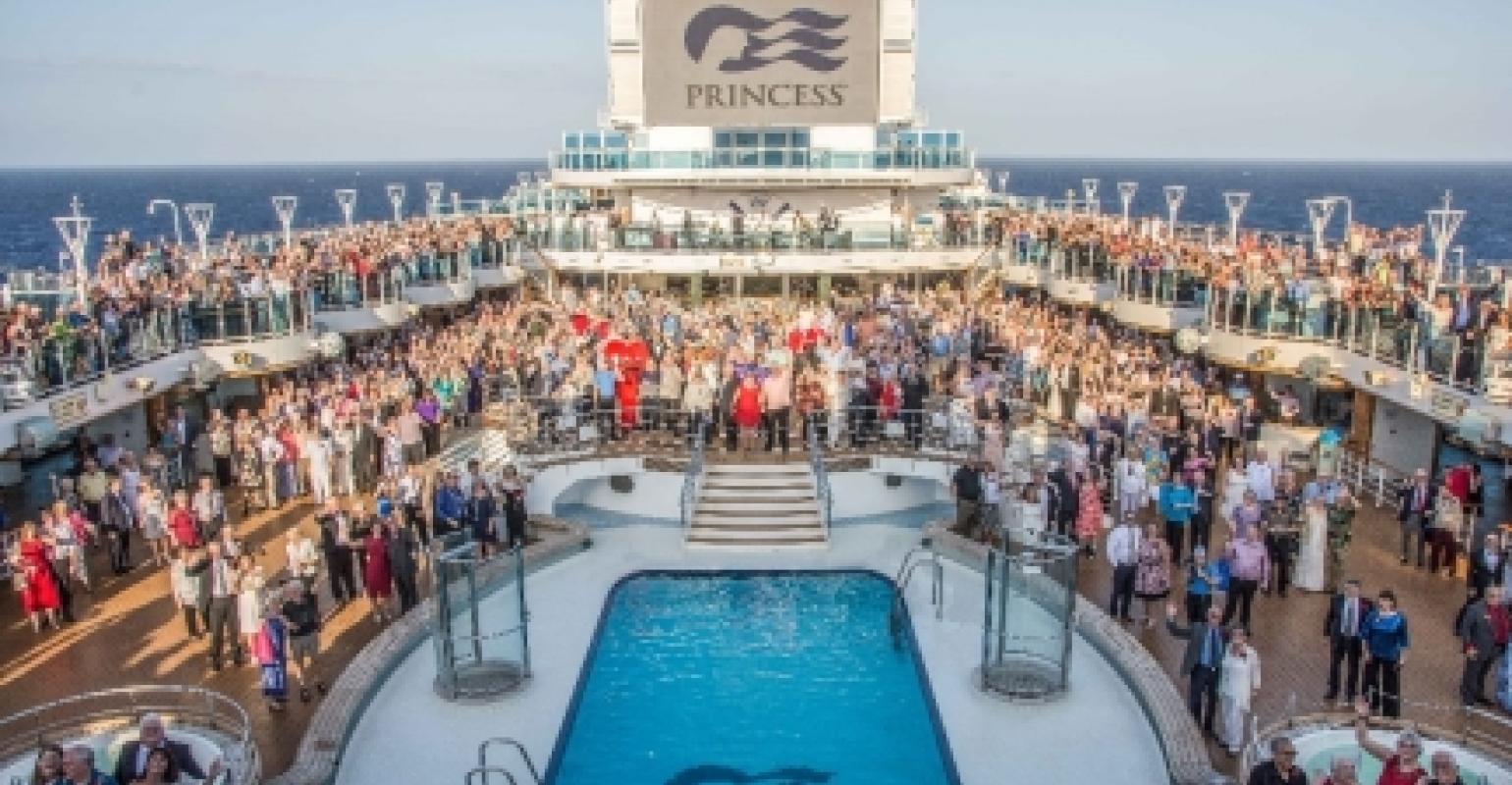 Mass vow renewal ceremonies were held on the top decks of the three ships
Princess Cruises made good on its Love Boat legacy by scoring a Guinness World Record for the largest multi-location vow renewal.

The ceremonies took place Feb. 11 on the top decks of Regal Princess, Royal Princess and Crown Princess, with official Guinness adjudicators on each ship for verification.

The previous record was 1,201 couples, set in Kalamazoo, Michigan.

Capt. Stubing and Vicki on hand

Celebrity officiants on board Regal Princess, sailing in the Caribbean, included Gavin MacLeod, who portrayed Capt. Stubing on ‘The Love Boat’ with his television daughter, Jill Whelan, who played Vicki, serving as matron of honor.

For those couples sailing on Royal Princess to Cabo San Lucas and Crown Princess, also in the Caribbean, the captains of each ship officiated.