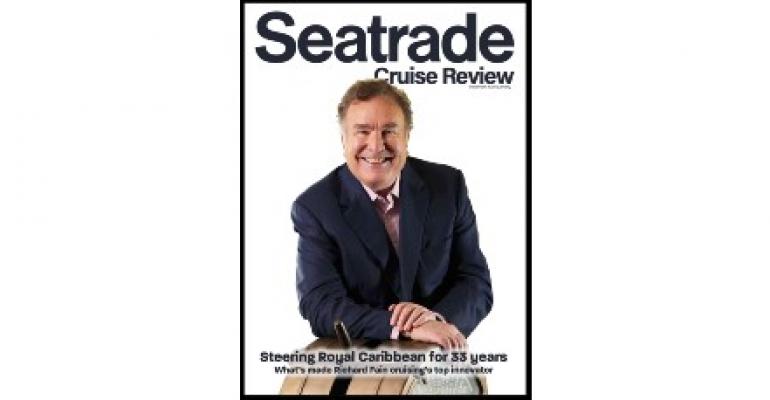 Richard Fain has been such a monumental figure that it's hard to imagine what things will be like when he steps away as CEO of Royal Caribbean Group in January. Many consider him cruising's greatest innovator.

He'll continue as chairman, looks forward to supporting his CEO successor Jason Liberty and will keep a hand in shipbuilding.

'Greatest cruise ship builder in the history of the industry'

Seatrade Cruise Review's December issue, just out, provides a retrospective of Fain's bold moves, inspiriing management style and never-accept-the-status-quo mindset. The cover story shares Fain's insights and the views of industry figures including Frank Del Rio, president and CEO, Norwegian Cruise Line Holdings, who said: 'I think Richard will be remembered as the greatest cruise ship builder in the history of the industry.'

The magazine singles out the Top 20 news stories of 2021 that got the most clicks on Seatrade-cruise.com and previews 2022's 25 oceangoing newbuilds. There's a Middle East feature with on-the-scene reporting by Seatrade Deputy Editor Holly Payne and an in-depth Asia analysis by Ted Blamey of CHART Management Consultants.

And the issue provides updates on European river cruising and Mediterranean, Baltic and Americas ports and destinations. A feature tells how MSC Cruises transformed an industrial wasteland into Ocean Cay MSC Marine Reserve with its potentially world-impacting super coral project.

Plus, people moves, a bevy of late-year ship christenings, Refurb & Interiors, the latest technical products and services, and more.