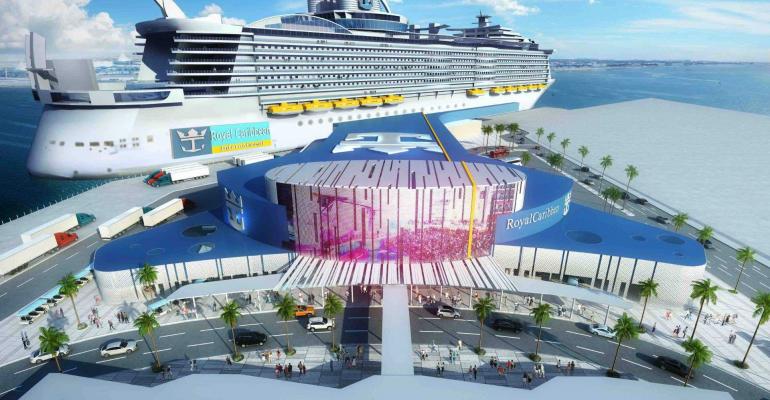 The 170,000-square-foot terminal is planned on 10 acres in the eastern section of the port known as Pier 10

The Port of Galveston is giving Royal Caribbean Cruises Ltd. another year to commit to building a $100m cruise terminal.

The Galveston Wharves Board of Trustees amended its lease with RCL after the company asked for an extension, according to The Daily News of Galveston County.

In December, RCL inked a long-term contract with the port that required it to commit to the terminal's construction by April 10. RCL has been putting off capital projects to shore up liquidity during the suspension of cruise operations in the coronavirus pandemic.

The amended agreement gives RCL another year to commit and sets a goal of finishing the terminal by September 2022 and requires its completion by July 2023, The Daily News said.

The deal signed in December would have seen construction starting now and the terminal's opening in fall 2021. It is intended to become the home for Allure of the Seas.