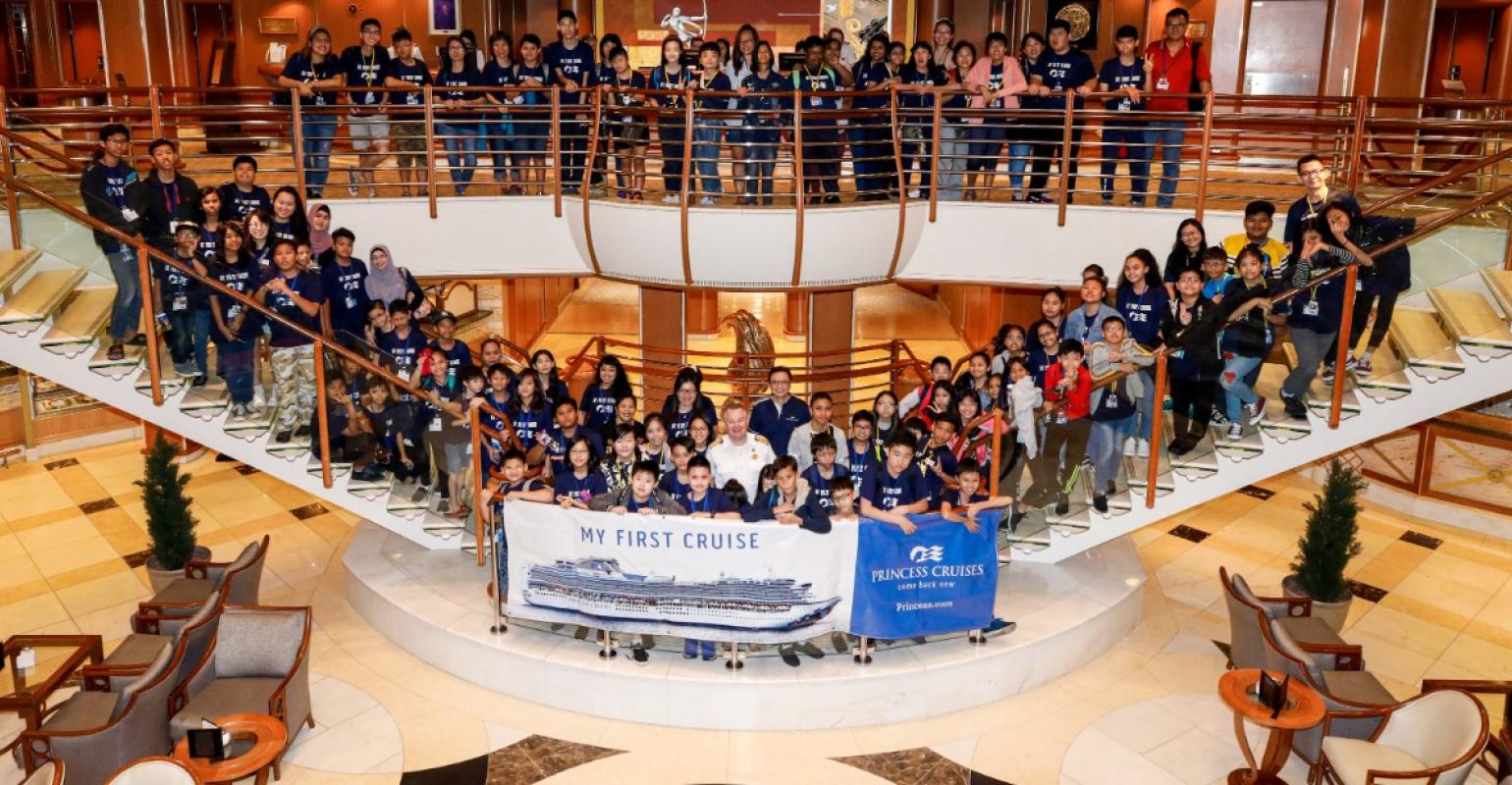 Sapphire Princess hosts children onboard for tour in Singapore

Princess Cruises commenced its sixth homeporting season in Singapore with the arrival of Sapphire Princess after ending her European season.

Sapphire Princess returned to Singapore from Southampton on the return leg of a 37-night Indian Ocean & Europe Grand Adventure.

More than 100 children and their families from six homes and organisations were invited onboard for a ship tour and to enjoy some fun activities and lunch. Captain Paul Slight also made time to meet the children and chatted with them before posing for group photos.

The highlight of the day was a photography workshop conducted by youth photographers who shared some tips in operating digital single-lens reflex cameras (DSLR). The children were then guided to take photographs and participate in a photo challenge.

This year, we have also invited children with chronic illnesses to spend the day enjoying themselves with their families onboard Sapphire Princess. Our aim is to touch the lives of the people in the places we travel to and support the local communities,’  said Farriek Tawfik, Director of Southeast Asia, Princess Cruises.

A highlight of the Singapore season is an 11-night Grand Southeast Asia cruise where guests will be able to watch the solar eclipse on Boxing Day (December 26) along the Straits of Malacca.

The countdown has also commenced to mark Grand Princess maiden call to Singapore for a season of homeporting from December 2020 to March 2021. Grand Princess will be the first MedallionClass ship to homeport in Asia.

Resco and VONE partner to supply IT and software solutions for Chinese start-up
Aug 10, 2020