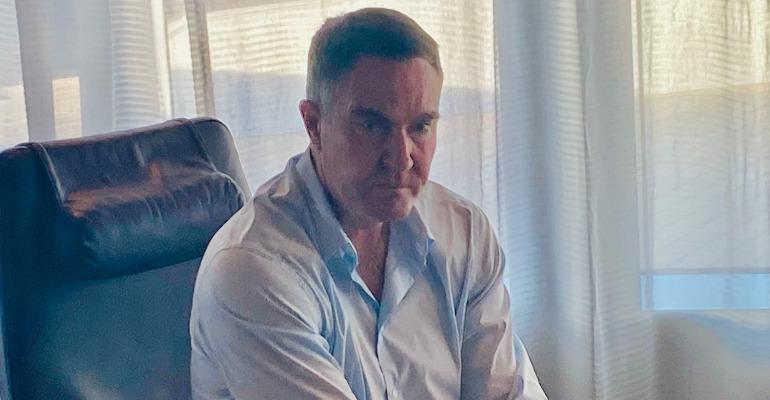 The chairman and founder shared the news with Seatrade on board Scenic Eclipse this week.

Explaining that Emerald Azzurra is coming to the Red Sea — traversing Suez, Egypt, Jordan and Saudi Arabia starting October/November, 2022 — Moroney went on to add: ‘Our schedule’s already been up until the end of 2023 and it didn’t include Saudi before. But it does for Emerald.

‘Scenic Eclipse II [set for completion April/May 2023] is already scheduled out for 2024 and already brochured for that, so [also] unfortunately not.

‘If we hadn’t already scheduled Eclipse and Eclipse II, we’d definitely be coming down for the winter [2021] season, as well.’

Scenic Eclipse, which has been sailing domestic cruises in the Red Sea from Jeddah since July 17, concludes operations there on Dec. 9 and begins its Antarctica cruises Jan 5.

‘You’d think it’s a very harsh environment,’ said Moroney of the new cruise destination, ‘that it’s absolutely closed. [But] we travelled around for six days and the people were genuinely so welcoming and friendly.’

According to Moroney, a key motivation for Saudis is achieving the aims of Vision 2030, which sees the country opening further to tourism.

He explained, ‘They went to open up, they want to change… They have the desire, capital and drive to do it right... Cruise Saudi are fielding constant requests for cruise visits coming through.'

One factor which presents challenges for Scenic in the Red Sea is lack of infrastructure, with Saudi Arabia behind in their plans for major works owing to the pandemic. ‘Saudi are two years behind their plans because of COVID. They would be a lot further ahead [otherwise]…

'It wouldn’t be enough for the international market because the infrastructure is not in place yet.’

Cruise Saudi is working on developing five ports in the Red Sea in line with economic and social reforms as part of Vision 2030.