In a sea of yacht cruise concepts, a look at the originator—Sea Goddess 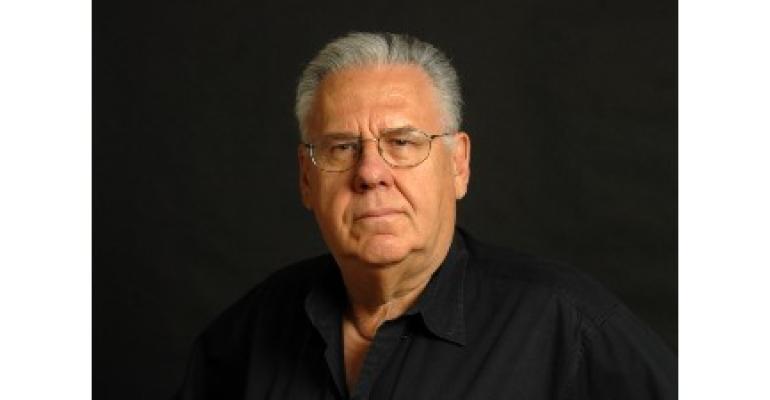 'It is a bit amusing to see the luxury hotel companies act like they have created a new genre of travel at sea,' Ron Kurtz said

'It is a bit amusing to see the luxury hotel companies act like they have created a new genre of travel at sea,' the veteran senior cruise executive said. In January it will be 40 years since Kurtz became founding president of Sea Goddess, the first yacht-like modern luxury cruise brand.

'The ships provided a unique travel concept that earned a loyal following among its clients who were much younger than typical luxury cruisers and more likely to be first time cruisers, and eventually the travel trade,' Kurtz said. 'Many of its revolutionary and innovative product features have been copied by others over the years.'

Already in 1979, Marjorie Merriweather Post's former sailing yacht Hussar V had been converted into the Sea Cloud cruise ship, but Kurtz said it had only a few top-level accommodations and limited itineraries.

When Sea Goddess burst on the scene, it dazzled. The New York Times wrote: 'At a cost of more than $1,000 a night for a two-passenger cabin, the Sea Goddess is one of the most expensive ways to escape the cares of the world. Operators of the Norwegian-registered vessel say a trip aboard the Sea Goddess is like being a pampered guest aboard a private yacht.'

Kurtz is happy for the new yacht brands and thinks they can become very successful. But he hopes Sea Goddess isn't forgotten as the original.

In the early 1980s, Norwegian entrepreneur Helge Naarstad — who was president of Norwegian Caribbean Lines (now Norwegian Cruise Line) from 1977 to 1981 — envisioned intimate, yacht-like sailing ships for the Caribbean. He raised the equivalent of $20m in Norwegian kroner and the newbuilds turned into 118-passenger motor yachts to be constructed at Wärtsilä Helsinki Shipyard.

Kurtz said $12m went to the shipyard for downpayments on the US-dollar-priced $33m vessels, leaving $7m in working capital.

Earlier, Naarstad had tapped Kurtz to succeed Bruce Nierenberg as SVP marketing and sales at NCL, and he hired Kurtz to create the Sea Goddess organization.

'I realized the economics would require us to have very high per diems,' Kurtz said. 'The all-inclusive concept lent itself to being more like a yacht. It was a point of differentiation in our marketing and attracted the very wealthy.'

Younger affluent people were targeted because it would be a more active experience than the formal luxury lines of the time and another differentiator. Most customers were in their early 40s, compared to the 60- to 80-year-old range of the luxury competition.

According to Kurtz, the initial $400 per diems were about twice those charged by Norwegian America Line and Royal Viking Line, the top luxury cruise brands then.

The food — down to the breakfast pastry — was exquisite, caviar and Champagne flowed, and single-seating dining (a Royal Viking hallmark) 'wasn't good enough,' Kurtz said. 'I didn't like set seating dining, so we had open seating.' There was 24-hour room service, too.

The itineraries were port-intensive, sometimes two stops a day, and often the Sea Goddess yachts stayed late so travelers could experience the nightlife ashore. Instead of docking, the vessels usually anchored, a characteristic of yachting for privacy and security, and to enable the use of the marina for water sports.

From first-year disaster to a hot ticket

How did Sea Goddess do?

'The first year was a total disaster,' Kurtz said. 'Some sailings operated with 10 or 12 passengers because I didn't want to cancel cruises. We lost a fair amount of money in the Mediterranean. We had a couple full-ship charters by individuals.'

'We were full almost every sailing in the Med. We did great even in the Caribbean.

'We became a very hot item.'

Kurtz credited core team members including Arne Baekkelund, Terry Thornton and Mike Quick who implemented the vision, plus word of mouth, the support of the travel trade after the first year and work with incentive houses like Maritz.

The success was short-lived. 1985, the year Sea Goddess II arrived, doubling capacity, saw the hijacking of TWA Flight 847 from Athens and Achille Lauro's hijacking in the Mediterranean. There were terror strikes at the Rome airport in December and the Athens airport in early 1986.

At the same time, the dollar strengthened against the kroner, and Sea Goddess was paying expenses in dollars while its funding was in kroner.

The fledgling brand was put up for sale and acquired by Cunard in late 1986. After Cunard became part of Carnival Corp. in 1998, then President and CEO Larry Pimentel folded the Sea Goddess yachts together with the Seabourn fleet.

Kurtz didn't join Cunard; he hoped to raise money to start his own cruise line so he took a year off. When that didn't work out, he was hired by Jean-Claude Potier at Windstar Cruises (who had first brought Kurtz into the cruise industry at French Line in 1973). Potier led what was originally called Windstar Sail Cruises in 1984 and introduced its first ship in 1986.

Kurtz said Potier didn't emphasize yachting per se in Windstar's branding; rather, sailing was the focus.

Norwegian businessman Atle Brynestad, who'd looked at acquiring Sea Goddess, founded Seabourn Cruise Line in 1986, bringing out its first small luxury ship in 1988. Eventually the brand was marketed as 'The Yachts of Seabourn.' Renaissance Cruises, started by Ed Rudner and Fearnley & Eger in 1989, found some inspiration in Sea Goddess but, according to Kurtz, the yachting emphasis was not at the forefront.

Later, in 2001, when Brynestad and Larry Pimentel launched SeaDream Yacht Club with the former Sea Goddess twins, yachting was, and still is, foremost. SeaDream's tagline: 'It's yachting, not cruising.'

Ritz-Carlton and Four Seasons are all about yachting. Kurtz expects they'll be very successful.

'Four Seasons and Ritz-Carlton have something others don't have — very good brands with a lot of credibility and a tremendous universe of past guests to draw from.' When Sea Goddess started, 'We didn't have any client base to draw from,' he said.

'I wouldn't want to be competing against them today without that universe of past guests. I think they'll do well ... No doubt there's a wealthy market that can afford this product.'

Kurtz, who ran the American Affluence Research Center for many years, noted 10% of US households today have net worth of $1m or more and today's affluent are younger than in the past.

Aman Resorts, which plans a yacht in partnership with Cruise Saudi, could also do well if it has a good database and likely can tap markets that Ritz-Carlton and Four Seasons aren't as strong in, Kurtz said.

Other yacht concepts are 'working against much stronger competitors in the hotel brands but, yes, they can do well if they find a niche.'