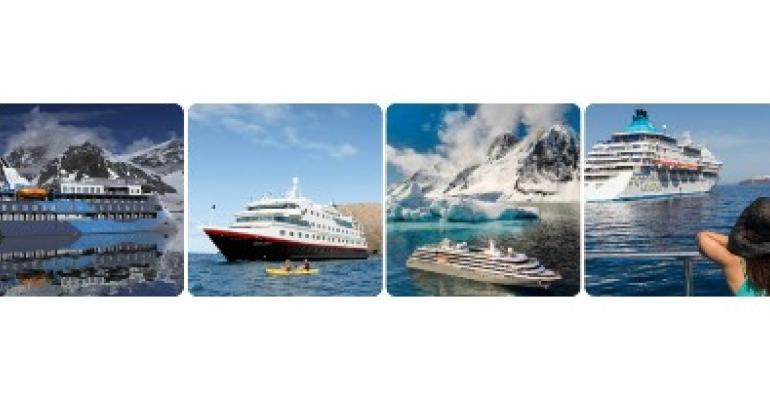 The Black Friday sales are rolling out, with deals across a range of lines.

Offers include up to $1,000 off regular rates on veranda and ocean-view suites, as well as up to $1,000 shipboard credit on select voyages.

The Black Friday Sail may be combined with a number of pricing promotions already available including 'Seabourn Club Savings’ of up to 5% savings on certain cruises.

For the North American market, all of Scenic's 2022 Rhine, Main, Danube and French river cruises are being offered with a buy one full fare and get up to 60% off for the second guest.

And if the new booking is paid in full by Dec. 15, 2021, Scenic will shave another 5% off the fares of both travelers.

The offers apply to bookings made between Nov. 24 and Dec. 1. The deals are combinable with other full offers, trade vouchers and future travel credits. Savings are based on itinerary and date of sailing with additional details available here.

American Queen Voyages beckons with up to 45% savings on select 2022 voyages, including North American river and Alaska expedition itineraries, as well as lakes and ocean cruises.

Eligible itineraries include the inaugural expedition season of Ocean Victory, sailing between Vancouver, BC, and Sitka, Alaska, with 30% off the price for May 6, May 17, May 28 and June 18 departures.

Fares for the line's new Yucatán exploration are reduced 40% for Jan. 5, 12, 19 and 26 departures, plus travelers get $650 bonus savings and best stateroom available at entry-level fare, up to a five-category upgrade based on availability.

Savings are also offered for select 'Southern Coastal Charm' round-trips from Amelia Island (Fernandina Beach), Florida; and 'Splendor of the Great Lakes,' Toronto to Chicago. Bourbon aficionados and country music fans can save on river cruises from Memphis to Louisville and Louisville to Nashville.

Black Friday savings can be booked from Nov. 15 to Dec. 3 when using the code FRIDAY at the time of booking. The offer is applicable to new bookings only and may not be combined with other promotions.

Hurtigruten's North America office is promoting up to 50% off on almost all of its expeditions across a wide range of destinations such as Antarctica, the Galápagos, Alaska, Iceland, Cape Verde and the Bissagos in West Africa, and Norway.

Some of the best offers include up to 50% off the 13-day cruise from Reykjavik, Iceland, to St. John's in Canada, stopping in both Greenland and Northern Labrador; the Norwegian Fjords from Dover, UK, and a 10-day Caribbean adventure from Miami to Panama. Best offers also include the nine-day cruise between Liverpool and Reykjavik, with a half-circumnavigation of Iceland; the eight-day US West Coast highlights expedition; and a nine-day wellness cruise from Halifax, Nova Scotia, to Colón, Panama.

Savings up to 40% are available on a 16-day Antarctica and Falklands expedition and many other Antarctica departures; a 14-day Galápagos, historic Peru and Chilean adventure; a 15-day southern Scandinavian highlights cruise; the 11-day Panama Canal and Lake Titicaca in Peru highlights adventure; the 11-day Machu Picchu, Incan history cruise along the Chilean coastline; and 13- or 15-day British Isles voyages.

Fare reductions up to 35% are available with multiple departures of Hurtigruten Expeditions' latest destination, launching in January: the Galápagos, and off Hurtigruten's other new destination for 2022, West Africa, starting next November.

Deals are available through travel agents between Nov. 15 and 30 and directly on Hurtigruten.com from Nov. 22 to 30. Additionally, the line lowered its deposit requirement to 10% during the sale.

At Atlas Ocean Voyages, savings are available for the new World Navigator and sister vessel World Traveller, coming in July 2022. For bookings made from Nov. 26-30, customers will receive free round-trip, inter-continental business-class air with all new deposited suite bookings or 20% savings for all new deposited stateroom bookings on voyages departing March 1 through Sept. 30, based on availability.

Travelers can choose among 29 voyages in Antarctica and the Arctic, South America, the Mediterranean, British Isles and Northern Europe, and Iceland and Greenland. Travelers must mention code BLKFRI21 at time of booking.

Celestyal Cruises got a jump-start on its Black Friday sale, starting Oct. 25. The deals continue through Nov. 30.

Fares start as low as $379, per person, double occupancy. Children sail for free and there is no single supplement for solo travelers. Reduced rates are also available for third and fourth adults in a stateroom.

Among the 46 cruises eligible for Black Friday savings is the three-night 'Iconic Aegean,' starting at $379, reduced from $610. This trip begins in Athens (Lavrion) and calls at Mykonos, Patmos, Crete (Heraklion) and Santorini in Greece and Kusadasi in Turkey.

Priced starting at $789, reduced from $1,250, is the seven-night 'Eclectic Aegean' itinerary. Travelers embark at Athens and visit Istanbul in Turkey and the Greek ports of Kavala, Thessaloniki, Volos and Santorini.

Also featured is the seven-night 'Idyllic Aegean,' with fares starting at $919 instead of $1,500. This cruise embarks at Athens and calls at Thessaloniki, also a new embarkation port for Celestyal, in addition to Crete, Rhodes, Santorini, Milos, Mykonos and Kusadasi.