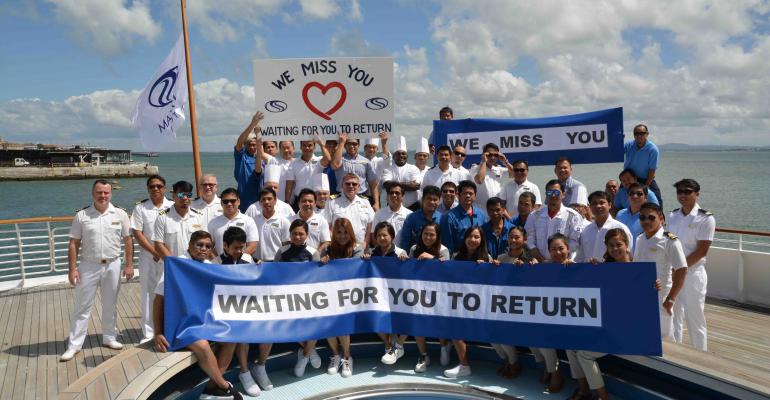 SeaDream crew are eager to welcome back travelers

SeaDream Yacht Club plans to resume sailing in June on a series of Norway voyages that include a call at Skagen, Denmark.

The nine sailings, through September, feature destinations hand-picked by SeaDream’s Norwegian founder and owner, Atle Brynestad. The market is expected to be primarily Norwegians and Danes given the continued complexities of international air travel.

Included are three seven-day voyages between Bergen and Oslo and six 12-day cruises between Oslo and Tromsø that feature the Lofoten Islands.

North to the midnight sun

'While SeaDream usually operates in the Caribbean and Mediterranean, the yachts have been to Norway before. But this time they are going further north past the Arctic Circle so that guests can experience the midnight sun, the spectacular Lofoten Fjords and Tromsø,' SeaDream EVP Andreas Brynestad said.

He added: 'Our yachts offer a naturally healthy, outdoor environment where space, fresh air and healthy food have always been a central component.'

Two seven-day voyages will embark in Bergen and disembark in Oslo, with a third voyage embarking in Oslo and disembarking in Bergen. All of the 12-day sailings also visit Bergen, as well as Olden, gateway to the glaciers, and Ålesund, with its Art Nouveau architecture and scenic landscapes.

The 12-day voyages, Oslo to Tromsø or Tromsø to Oslo, provide three days in the Lofoten Islands, draped across the Norwegian Sea and a beloved summer destination for Norwegians.

SeaDream I in Ålesund

As the COVID-19 pandemic developed, SeaDream said it was able to avoid cases on board. After passengers disembarked, SeaDream I and SeaDream II initially stayed in Lisbon where the crew choosing to remain on board have been engaged with maintenance and upgrades including painting and replacing teak decking. SeaDream I has been in Ålesund since mid-May.