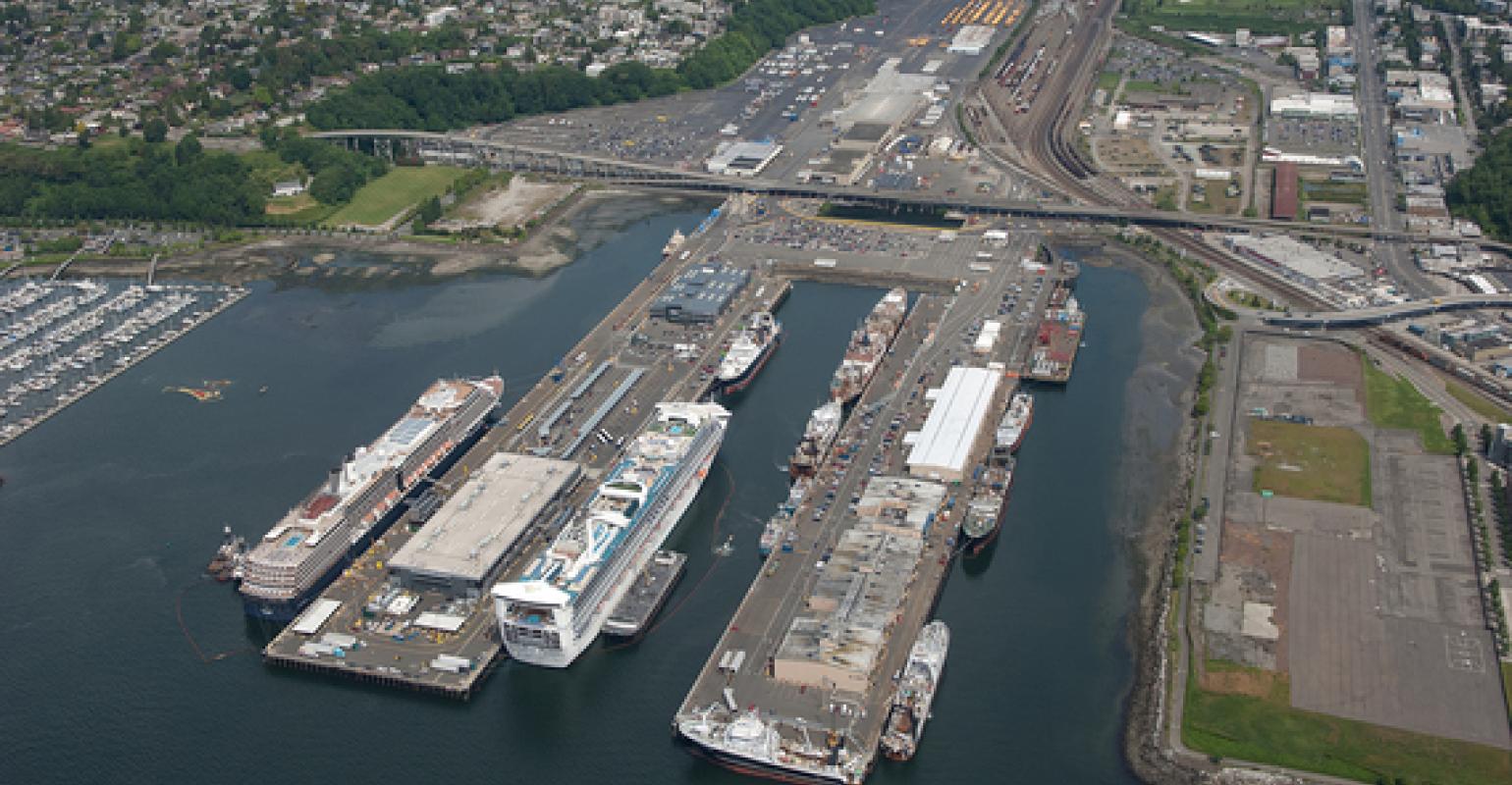 FILE PHOTO
Two transit calls, on April 1 and April 5, were canceled at the Port of Seattle

The Port of Seattle canceled the first two calls of the 2020 cruise season as Canada considered whether to hold off its cruise calls as well.

Seattle has been at the forefront of the US coronavirus outbreak.

'This region is in a public health emergency and we will cancel the first two sailings of our cruise season,' Port of Seattle Commission President Peter Steinbrueck said Wednesday. 'The health, safety and well-being of our residents is our top priority.'

The port said it will continue working with first responders, cruise lines and local leaders, and consider current public health guidance, as well as enhanced actions that lines are undertaking, to determine future sailings.

Canada's government was close to making a decision to delay the cruise season on both coasts, according to The Globe and Mail.

'We are in a very critical time around the world and it is my belief that we should be delaying our cruise season until we are safe internationally,' Dr. Bonnie Henry told reporters from Victoria on Monday.