The worry index in William Blair's survey of US consumer behaviors and attitudes on future spending rose for the second consecutive month to 6.4, the highest worry level since January.

The brokerage's 'Consumer Pulse' surveys 500 Americans on their plans and attitudes about a number of activities, from buying clothes to taking a cruise.

William Blair found divergent trends increasingly apparent based on vaccination status, with fully vaccinated respondents (77% of the sample) posting the highest worry level since the brokerage started asking about vaccination status in March. For the unvaccinated, worry levels ticked down to tie a record low. 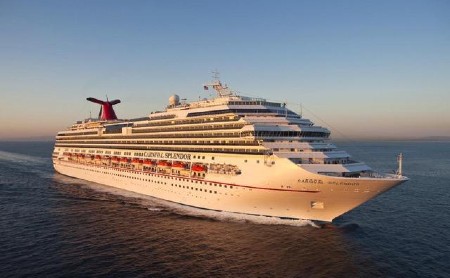 Carnival Cruise Line Australia, which last extended its pause until mid-December, has now cancelled Carnival Spirit and Carnival Splendor sailings through to Jan. 16.

Carnival Spirit, which arrived in Sydney in October 2012, is slated to homeport at the new Brisbane International Cruise Terminal.

Carnival Splendor has been home-ported in Sydney since December 2019.

Passengers booked on a cruise of six nights or more will receive a 100% future cruise credit, plus A$900 on-board credit per stateroom for rebookings made by Dec. 31 for sailings up to Sept. 30, 2023.

The same incentive applies to those booked on a cruise of five nights or less, with a A$450 per stateroom on-board credit.

People already holding a previously cancelled reservation now also have until Dec. 31 to make a selection.

Passengers who choose to cancel have been told refunds will take up to 90 days to be processed.