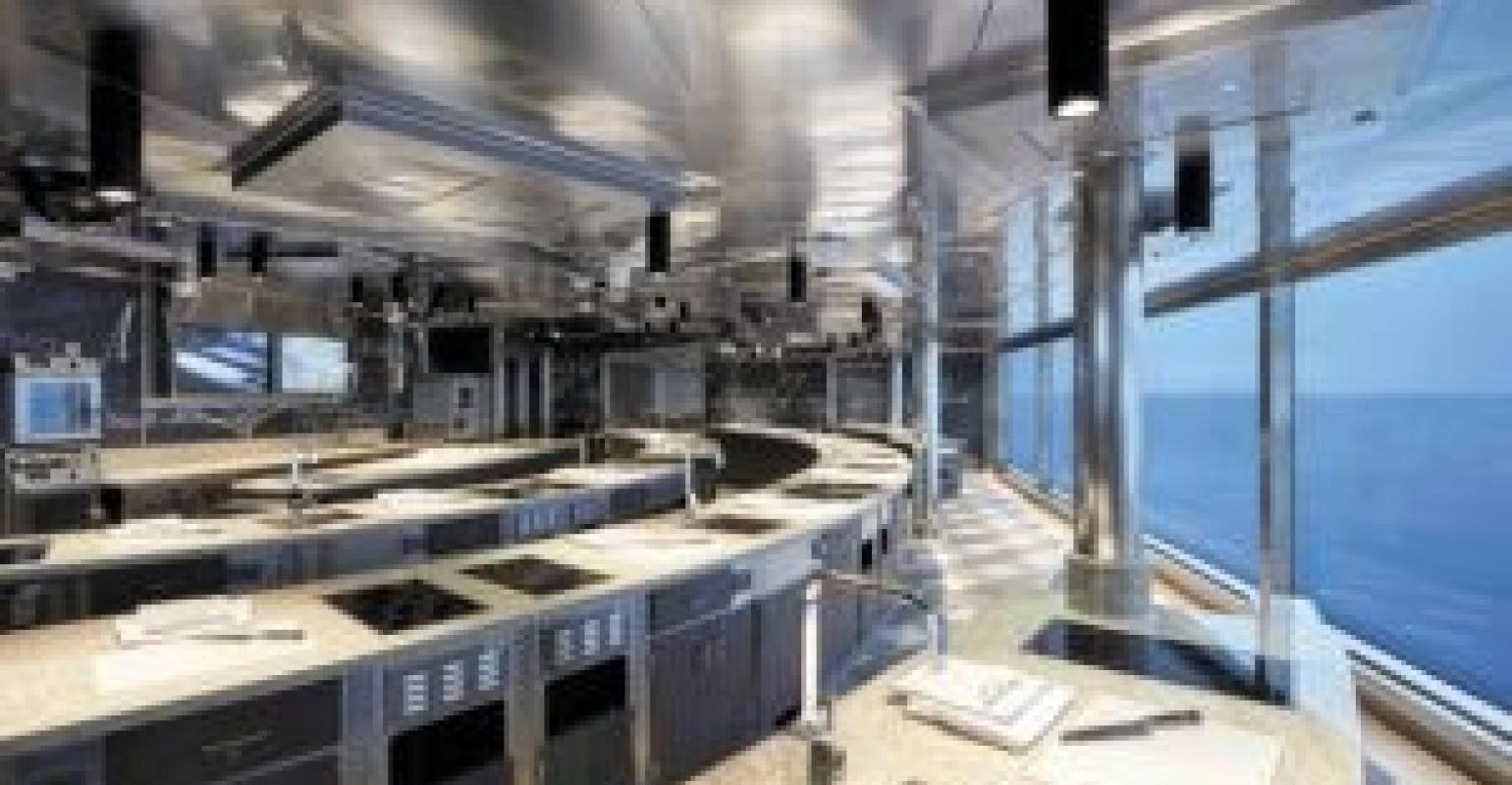 The classes are inspired by the ship’s inaugual season sailings in the Caribbean and the Mediterranean.

Examples include ‘Island Fusion,’ based on local traditions and native ingredients of the Caribbean that illuminate the indigenous culture and natural resources of each island, along with the influences of France, Spain, Africa, India and China.

‘Farmstand Fabulous’ focuses on how to shop and cook like a chef, inspired by what’s available at the farmer’s market or in the produce aisle. Participants will learn to approach their shopping like a blank canvas that takes shape based on what ingredients are in season. Recipes will change depending on the region and time of year, but the techniques for preparing seasonal masterpieces remain tried and true.

‘Treasures of the Aegean’ will cast off the mythology surrounding Greek food in an immersive class that reveals the essence of the Mediterranean diet, one of the world’s healthiest. Through favorite dishes from Corfu, Crete, Rhodes and Santorini, participants will discover local ingredients and traditional techniques during an exploration of Greek cuisine.

In ‘Batter Up,’ participants will learn about batter-based recipes ranging from French crêpes and Tuscan flatbread to Santorini tomato fritters and Turkish zucchini fritters. From sweet and savory to crunchy and fluffy, this course explores the world, on batter at a time.

The two-hour classes were designed by Kathryn Kelly, Regent Seven Seas Cruises’ executive director of culinary enrichment. Kelly, a Culinary Institute of America graduate, has spent 40 years traveling to explore the world’s many different cuisines and the cultures that created them. She and other master instructors teach the classes.

The 750-passenger Seven Seas Splendor is undergoing outfitting at Fincantieri’s Ancona yard and due to enter service in February.

Resco and VONE partner to supply IT and software solutions for Chinese start-up
Aug 10, 2020