Silversea still striving to get its 'internal guests,' the crew, home 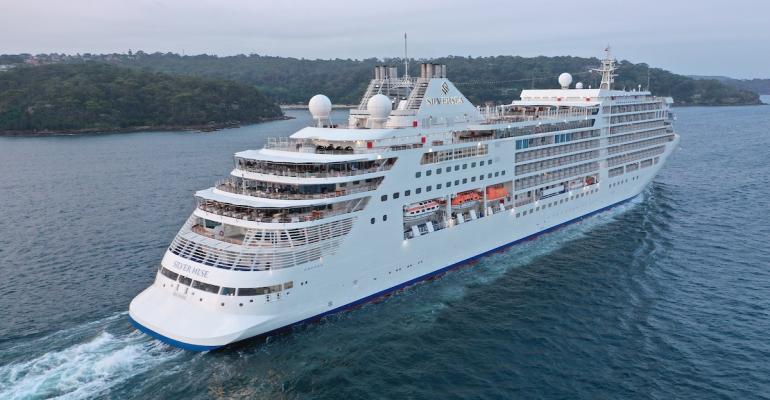 Silver Muse is about to sail from Panama to Manila, a 25-day voyage, to repatriate 180 Filipino crew
Silversea Cruises' last guests got home March 22, after ships were turned away from country after country. Eight weeks later, efforts to repatriate the crew continue.

To get passengers home, Silversea chartered 24 planes, eight for international flights, according to Damien O'Connor, SVP hotel operations. Many were private jets. The longest trip was from Puerto Montt, Chile, to Sydney, carrying 14 people.

Attention then turned to 'our internal guests,' as O'Connor called them, 'our crew.' This has been even tougher, with every country putting up travel restrictions.

Silver Cloud and Silver Spirit are in Southampton, with 350 crew waiting to be repatriated. 'Things change daily,' O'Connor said. The Philippines have such a great number of citizens trying to get home, the country has restricted flights into Manila.

Silver Muse is about to sail from Panama to Manila, a 25-day voyage, to repatriate 180 Filipinos. In about a week, Silver Explorer will depart Panama for Europe to take crew there.

Since Silver Galapagos is manned entirely by Ecuadorians, it was easier to get them back to the mainland.

All crew are off Silver Whisper, Silver Wind and Silver Shadow, and they're en route to Marseille for layup.

O'Connor said crew were also offered the alternative of staying in board, should they feel it isn't safe to travel home.

Also staying are about 40 crew per ship who are critical to operations and maintenance.

Those remaining are getting what O'Connor called an 'enhanced' experience. 'They're living the dream a little bit. They have access to all the areas they would never have access to.' They're staying in guest suites and sampling the restaurants. A full schedule of activities is provided, along with Internet access.

It is a 'great, safe environment they deserve,' he said.