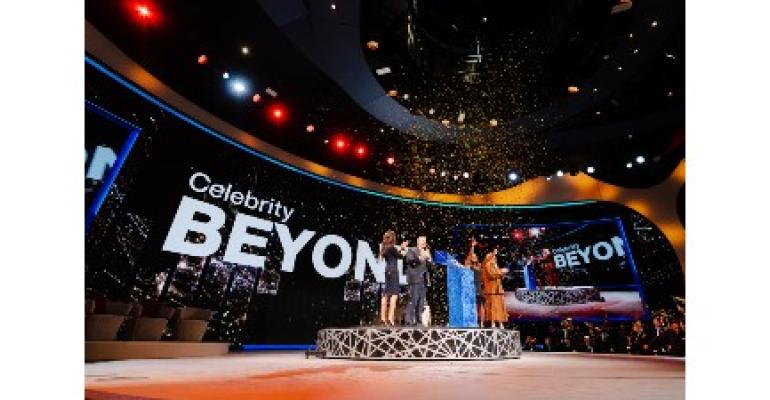 Golden confetti for the newly named 'gold standard' Celebrity Beyond

Gymnast Simone Biles, who's been called the greatest of all time, officially named Celebrity Beyond during festivities at Port Everglades on Friday.

Biles, a 19-time world champion, seven-time Olympic medalist and the most decorated American gymnast in history, did the honors during a ceremony capped by a performance by singer Leona Lewis. 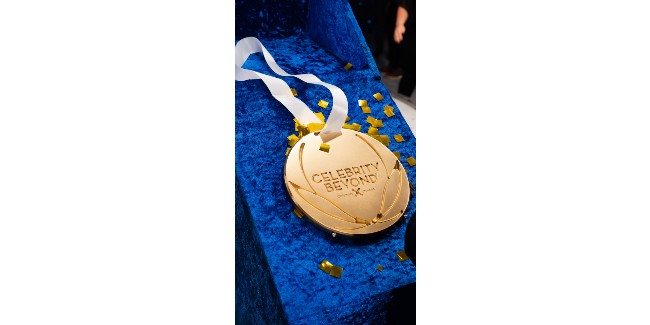 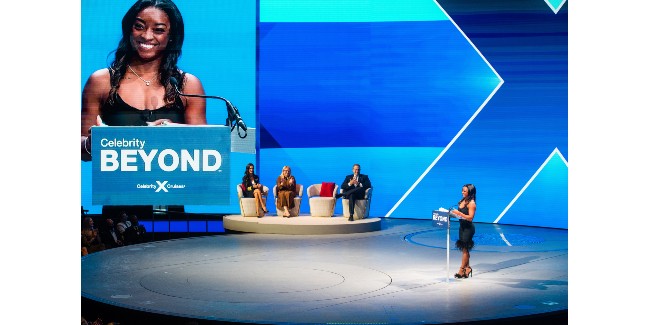 Joining the godmother on stage were, from left, Capt. Kate McCue, Lisa Lutoff-Perlo and Jason Liberty

'This ship’s beauty, power and resilience sets the standard by which all others will be measured. Simone’s determination, progressive nature, empowered attitude and grace in the face of challenges make her such an inspiration to so many around the world,' Liberty said. 'All of these attributes are why Simone Biles is perfectly suited to watch over Celebrity Beyond’s journey.'

She called it an honor to join 'such a distinguished group of strong, barrier-breaking women who have been named as Celebrity’s godmothers before me,' adding: 'I appreciate the important message this designation holds in recognizing our accomplishments as empowering women, and I am honored to share the stage today with fellow brave, boundary-breaking leaders like Lisa-Lutoff Perlo and Captain Kate McCue.' 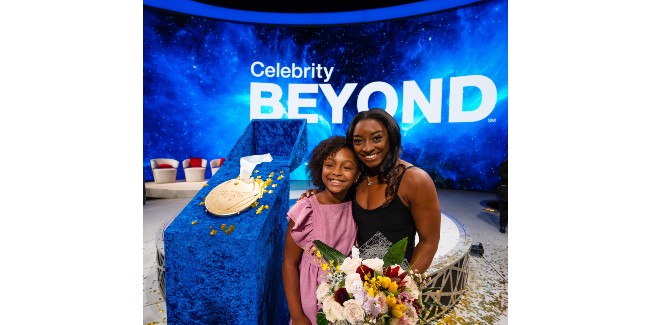 A bouquet for the godmother

Celebrity Beyond will now embark on its inaugural Caribbean season. It has been operating in Europe since its April delivery.