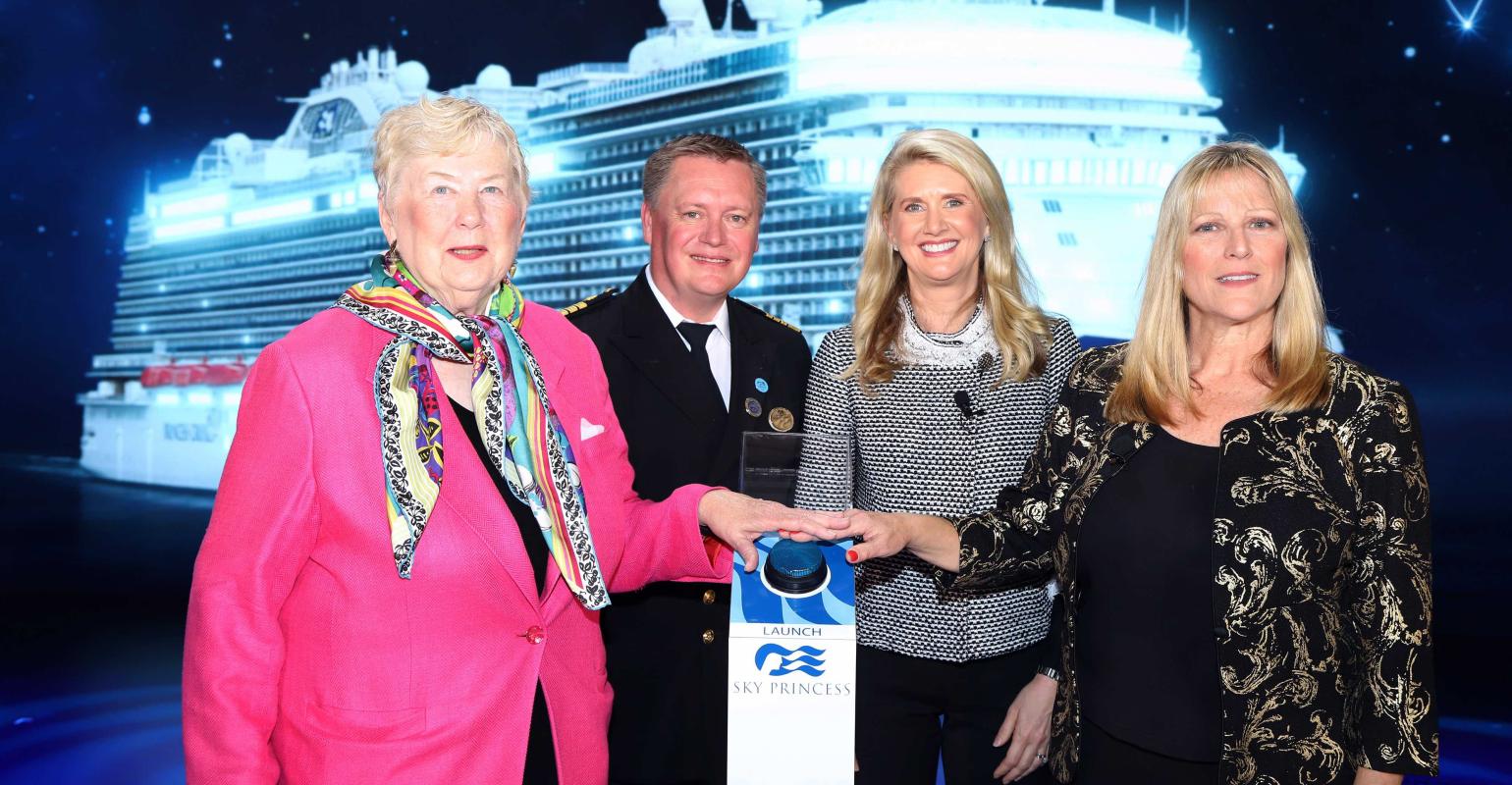 Sky Princess is named in ‘reach for the sky’ festivities

Princess Cruises honored the women of NASA at its ‘reach for the sky' naming festivities for Sky Princess at Port Everglades.

Two pioneering women of the US space program, Frances ‘Poppy’ Northcutt and Capt. Kay Hire, served as godmothers, pressing a launch button to start the countdown that sent a 15-liter bottle of Champagne smashing against the ship’s hull.

Northcutt was the first female mission control engineer when NASA made history going to the moon. And when the Apollo 13 crew became stranded in their service module, her team’s calculations brought them home safely. Hire helped launch more than 40 space missions then logged 700 hours as an astronaut and was the first woman assigned to a military combat flight crew while serving in the US Navy.

‘As we celebrate our newest, most technologically advanced ship — one whose spirit of adventure and discovery match the grandeur of her name, Sky Princess — we also applaud the groundbreaking women of the US space program,’ Princess President Jan Swartz said. 'Our godmothers, Captain Kay Hire and Poppy Northcutt, remind us all of what we can achieve when we reach for the sky.’

'We are a company full of dreamers and explorers,' Sky Princess Capt. Heikki Laakkonen said. 'We see in the clear blue sky a world of opportunities.' He recognized two women officers from his crew who embody the ‘reach for the sky’ theme, striving for success in leadership positions.

Kerry-Ann Wright started working on cruise ships as a beauty therapist then went back to school to rise through the ranks to become a second officer on the bridge. She aspires to become a captain. Before joining Princess, Sky Princess Chief Security Officer Susan Morgan, MBE, was the longest serving woman in the British Royal Navy, breaking barriers there and now mentoring others at sea.

They shared their inspirational stories.

The ceremony was co-hosted by Princess Cruises Celebrations Ambassador and ‘Love Boat’ actress Jill Whelan, herself a three-time cruise ship godmother, together with Sky Princess Cruise Director Alexander Yepremian. ‘America’s Got Talent’ alumni Brian Justin Crum sang ‘Dream On’ and the stars of the ship’s new ‘Rock Opera’ production performed ‘This is Me’ from ‘The Greatest Showman.’