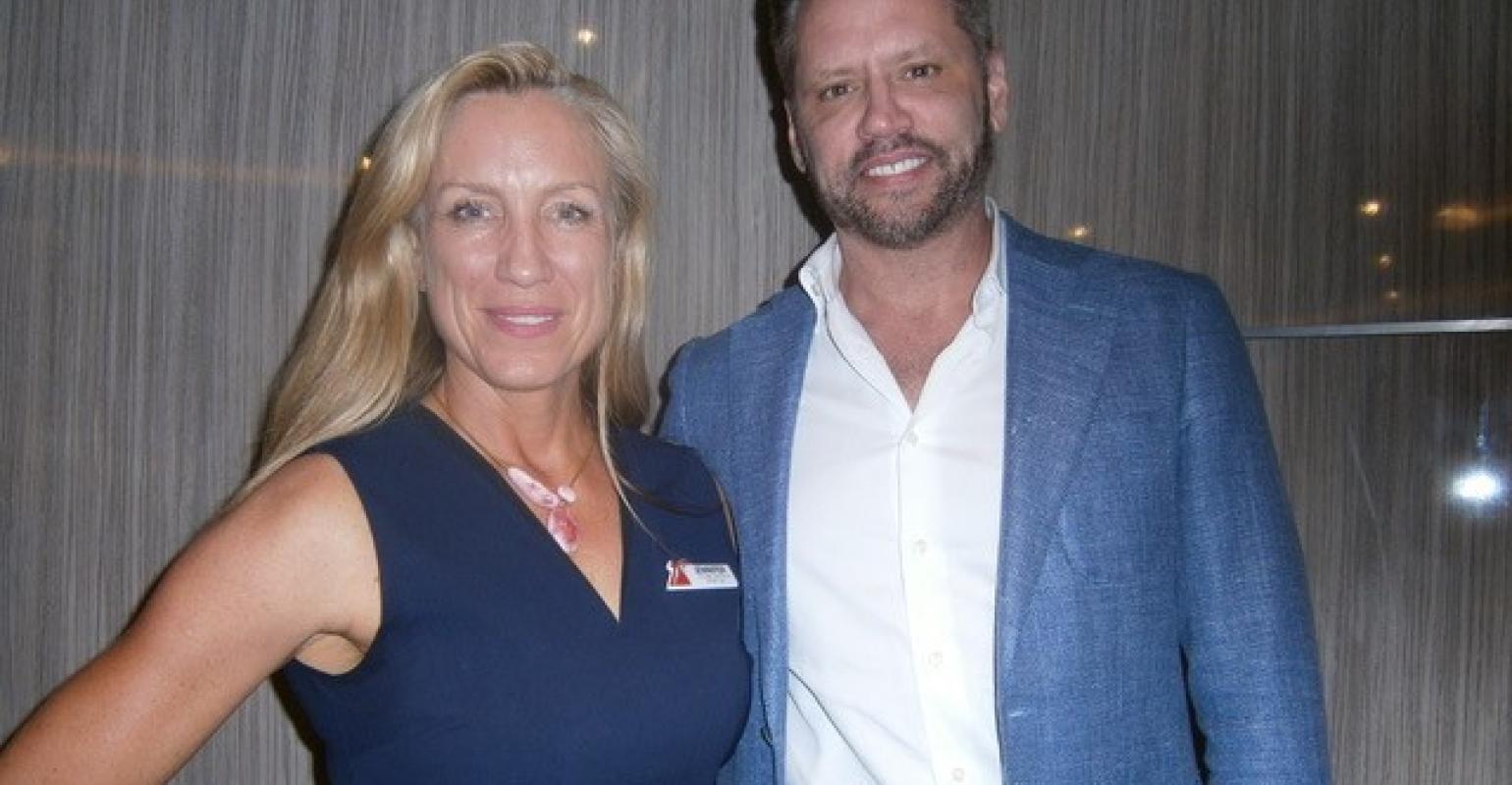 To celebrate the arrival of Carnival Splendor on Tuesday, Carnival Cruise Line took travel partners and media representatives on a one-night round cruise from Sydney to nowhere, returning Wednesday.

A special guest was Adolfo Perez, Snr VP Global Sales & Trade Marketing who arrived in Sydney from Miami on Tuesday and returned Wednesday.

It was a second trip to Australia for Perez. The 38-year Carnival Cruise Line veteran joined Jennifer Vandekreeke, VP Australasia, in Sydney before the company’s first ship — Carnival Spirit — arrived in 2012.

‘Jennifer has done an amazing job putting us on the Australian market,’ he said.

Carnival Legend, which home-ported in Tampa in October, followed on a part-time basis and now Splendor brings the count to three ships that Vandekreeke has brought to Australia in seven years.

During the overnight voyage, which had the 80s theme Rock ’n’ Glow, executive chef Siva presided over an impressive degustation dinner of six courses, and two desserts, for the media at The Chef’s Table.

Meanwhile, other guests took advantage of being in international waters to shop duty-free on the Promenade where global cruise retail specialist Harding reimagined the shopping experience when Splendor was in dry dock in Singapore last month. Stockholm-based beauty brand Foreo, Swarovski, Burberry fragrances, Le Specs and RayBan are some of the products available. There is also a Bundaberg Rum tasting bar.

Other new attractions include a new aerial illusion show, Airia, packed with magic, remarkable aerial stunts, dazzling costumes and an infectious soundtrack and a Green and Gold WaterWorks with two jaw-dropping waterslides.

‘We wanted something bigger, better and bolder than the slides on Carnival Spirit and Carnival Legend,’ Vandekreeke said.