Ten AIDA crew quarantined with coronavirus, short cruises in August are still on 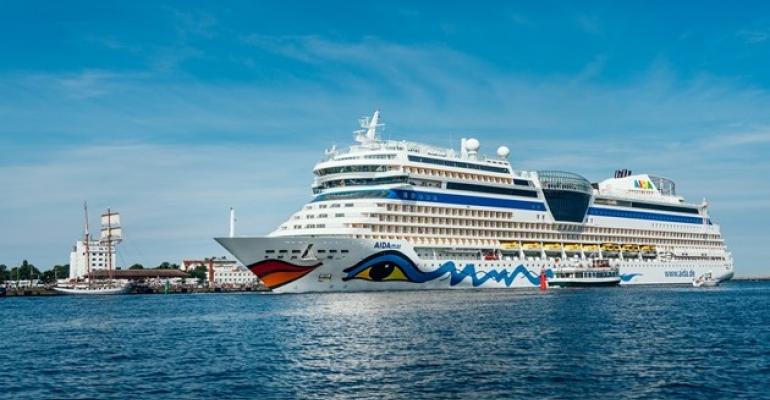 AIDAmar arriving at Rostock last Saturday. The ship is to resume service from Rostock on Aug. 12
Ten AIDA Cruises crew members with coronavirus are in quarantine, and the line's short sailings from Hamburg, Rostock-Warnemünde and Kiel in August are still planned.

Rostock's local health authority said the risk of other crew being infected is low.

Crew re-tested on arrival in Germany

Three airplanes carrying about 750 embarking crew arrived at the Rostock-Laage airport Wednesday, and those who subsequently tested positive were on these flights that are understood to have originated in Manila.

According to AIDA Cruises, coronavirus tests were carried out in the crew members' countries of origin prior to departure, and another test was conducted before they signed on their respective ships. After these tests, the positive crew members were immediately put into quarantine. Nine have no symptoms, while one has minor symptoms. So far, hospital treatment is not called for.

All embarking crew will undergo another test this Sunday. In statements to German media, AIDA emphasized the infections were immediately detected, showing the line's coronavirus protocols were working well.

Cruises to nowhere starting in August

AIDA's plans to resume sailing in August with three- and four-day cruises to nowhere are still on. The first departure is scheduled from Hamburg Aug. 5.

In preparation, AIDAmar and AIDAblu were repositioned to Rostock last weekend. Operations with passengers from Rostock-Warnemünde are due to commence Aug 12 with an AIDAmar sailing.