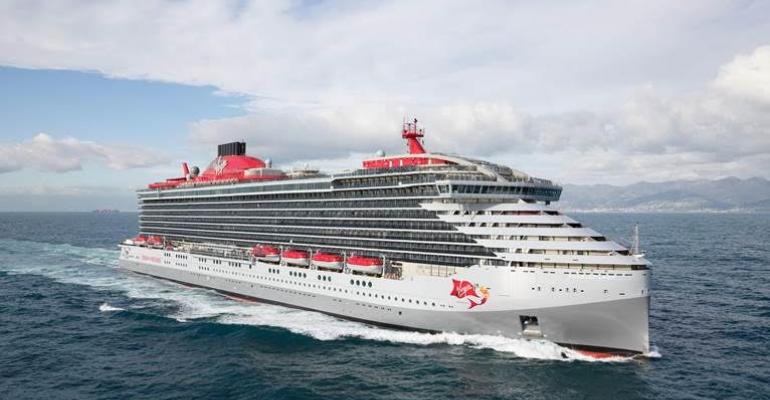 The carbon offsets for Scarlet Lady are a first step toward a net zero cabon future, Richard Branson said

This commitment makes the brand the first cruise line to become carbon-neutral for its direct emissions footprint from its first day of commercial operation.

In November, MSC Cruises announced it would become the first major line with carbon neutral operations, starting Jan. 1. Lindblad Expeditions in 2019 began offsetting 100% of its emissions from 13 ships, employee travel and offices. In 2018, Royal Caribbean Cruises Ltd. acquired a wind farm to offset up to 12% of its ships' CO2 output.

Virgin Voyages said the projects that will be supported by Scarlet Lady will meet high-quality, internationally recognized verification standards, including The Gold Standard and the Verified Carbon Standard.

‘I’m so proud that as we start this exciting journey, we also bring to life Virgin Voyages’ commitment to preserving the ocean and the first of many steps towards a net zero carbon future,’ Virgin Group Founder Sir Richard Branson said.

This will require significant advancements in technology and infrastructure, and access to solutions that remain in development.

‘The single-biggest threat facing our ocean is climate change, and we want to be part of the solution,’ said Tom McAplin, CEO and president of Virgin Voyages. ‘We are committed to pioneering new technologies on board, and working with our industry peers to advance research and development for zero-carbon fuels.’

Among a range of environmental efforts, Virgin Voyages is among the first cruise lines to use Climeon, a technology that captures heat from the ship’s engines to generate electricity, thereby reducing fuel consumption.