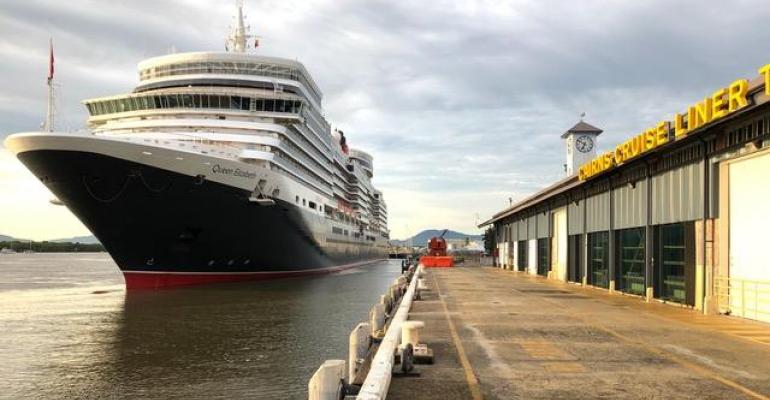 This was possible thanks to work done by the Australian Hydrographic Office in conjunction with the deepening of the Trinity Inlet channel.

Carnival Australia has been involved in ship simulations that helped set the scene for larger ships to navigate the channel to berth alongside in the heart of the city.

‘The production of bathymetric electronic navigation charts by the Australian Hydrographic Office has made a significant contribution to enabling larger ships to safely enter Cairns,’ Drake said.

‘The Australian Hydrographic Office is leading the way in producing these navigation aids in a number of ports around Australia.

‘The focus on developing and using specialised charts is important as it allows full navigable waters to be shown to assist navigating teams and port pilots.’