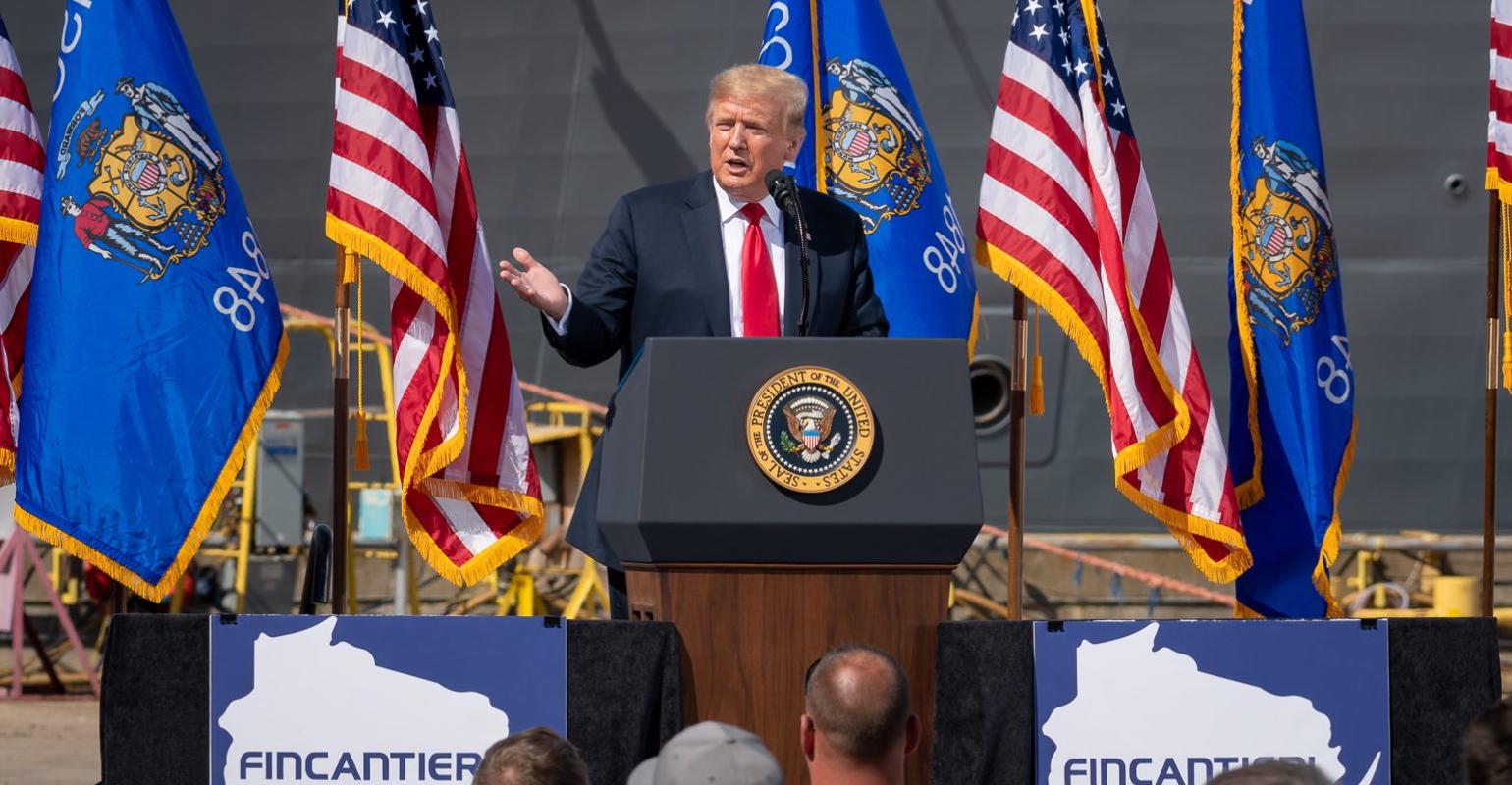 Trump toured the shipyard where littoral combat ships are currently produced. He met with several Marinette Marine employees and offered remarks to a group of more than 700 workers, partners and local guests.

First US president to visit

Trump is the first US president to visit the shipyard. During his remarks, he called the workers a 'national treasure. Your patriotism cannot be outsourced. You will forge the future of the Navy.'

Dario Deste, president and CEO of Fincantieri Marine Group, said the visit meant 'so much to the men and women who put their hearts and souls into building tremendous warships for this country.'

In late April, Fincantieri Marinette Marine was awarded the frigate contract worth $5.5bn, if all options are exercised by the Navy. The initial contract of $795m is for the detailed design and construction of the first guided-missile frigate, with options for nine additional ships.

Global shipbuilding giant Fincantieri bought Marinette Marine in 2009 and invested $180m in it over the next decade. Now the company is poised to invest an additional $200m into infrastructure and improvements to accommodate work on larger ships.