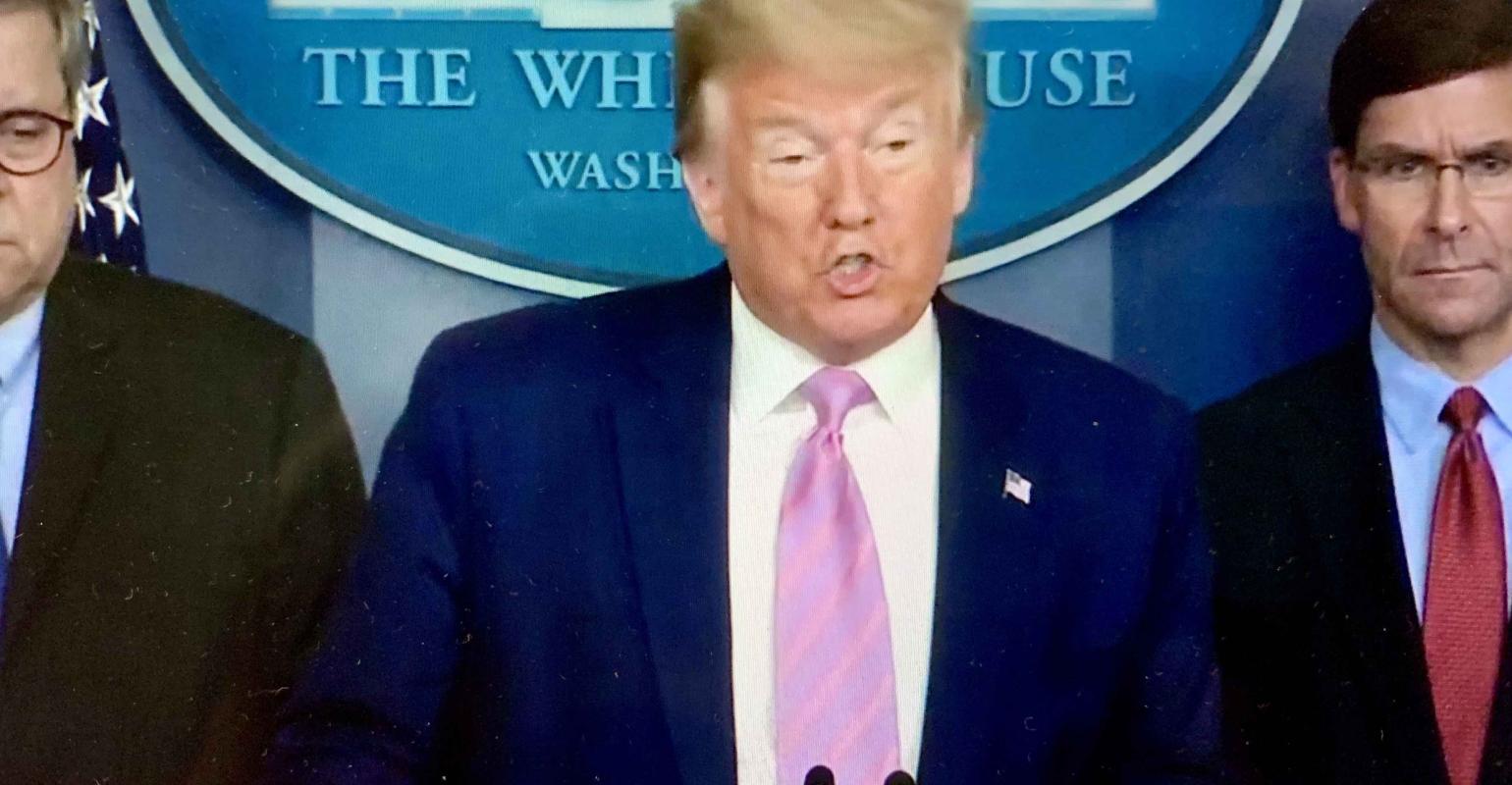 'We have to help the people. They're in big trouble,' President Trump said of those stuck on board Zaandam

Trump on Zaandam: 'We're going to do something. People are dying'

A plan is being formulated to take passengers off Holland America Line's Zaandam because 'people are dying,' President Donald Trump said Wednesday.

Zaandam and Rotterdam are approaching South Florida but have not been cleared to dock at Port Everglades, where arrival was expected early Thursday morning.

Holland America said it's awaiting confirmation to disembark the two ships and get the nearly 1,200 well passengers home who are fit for travel as per US Centers for Disease Control and Prevention guidelines.

Those would go straight from the ship to flights for onward travel home, the majority on charter flights. They'll be transferred on motor coaches with limited person to person contact and while wearing masks. Passengers have not left the ship since March 14 and have self-isolated in their staterooms since March 22.

Approximately 45 passengers who still have mild illness and are unfit to travel will continue to isolate on board until recovered. Disembarkation will be at a later date, to be determined, after they have recovered and meet  CDC guidelines for being fit to travel.

HAL has received approval from Broward Health, its local medical partner, to take fewer than 10 people for treatment.

Since March 22, 97 passengers — 83 on Zaandam and 14 on Rotterdam— and 136 crew on Zaandam have presented with influenza-like symptoms. New cases on Zaandam have declined, with only one new case reporting in the past 24 hours.

Four people died while Zaandam headed up the Pacific coast of South America. The ship was turned away from Chile, Peru, Ecuador and Colombia, while Mexico denied a medical evacuation of two critically ill people. Panama let Zaandam transit the Canal on humanitarian grounds,

'There are some people on that ship who are quite sick. I'm speaking with the governor about that and it's a difficult situation,' Trump said during his daily White House coronavirus briefing. The president said he understood the reluctance to take sick people but 'we have to from a humanitarian standpoint. People are dying.'

DeSantis ultimately relented, saying he'd been concerned about deluging hospitals but it turns out the numbers will be 'very manageable.'