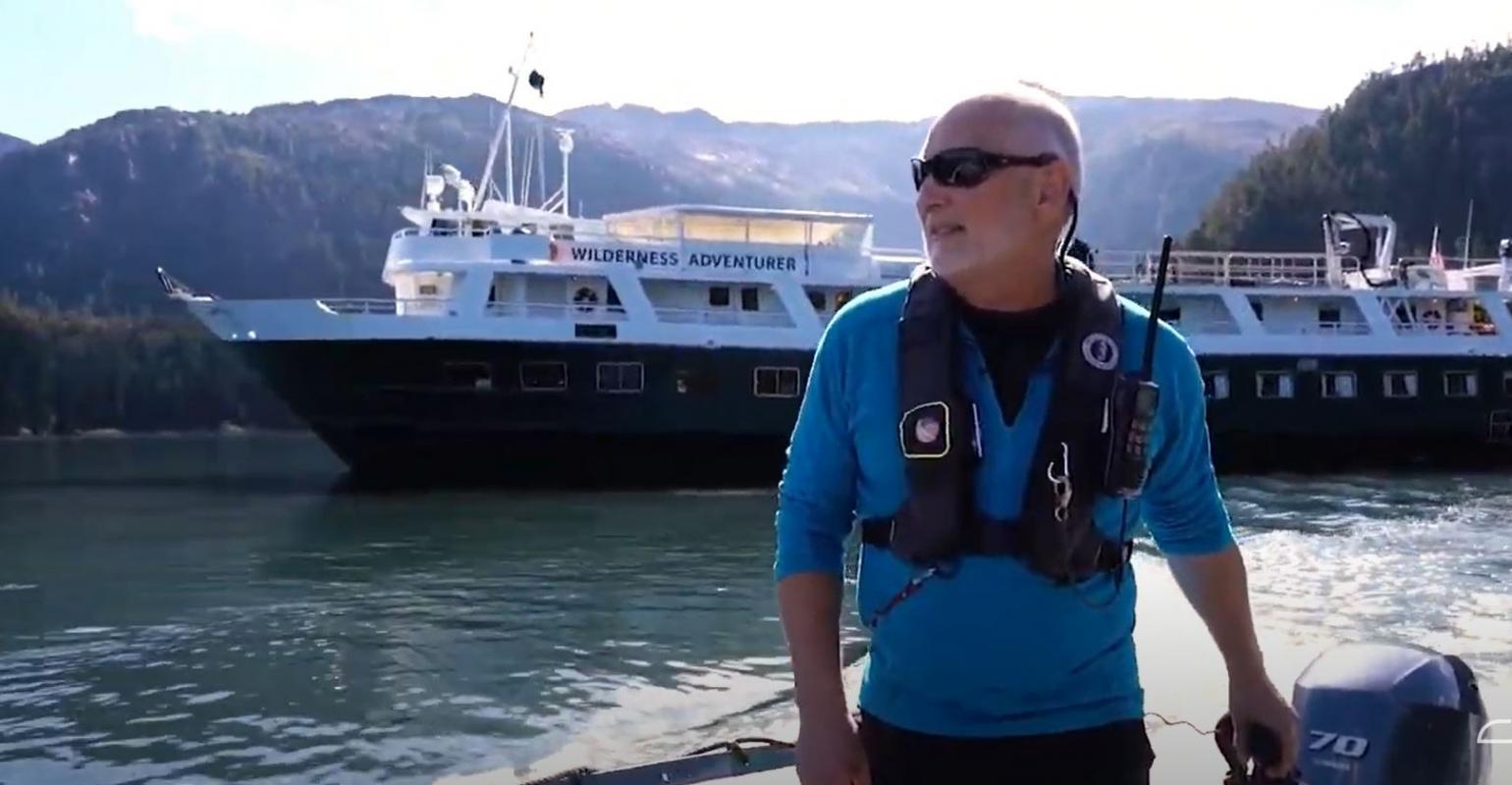 'With months of preparation, we were still able to pivot quickly in response to this event,' Capt. Dan Blanchard said. He is pictured here with Wilderness Adventurer on a past cruise in Alaska
A passenger on UnCruise Adventures' first Alaska sailing has COVID-19. Wilderness Adventurer will return to Juneau Wednesday where travelers will quarantine in a hotel.

This first cruise departed Aug. 1 with much fanfare as UnCruise became the only line expected to operate in Alaska this season. Thirty-six passengers and 30 crew are on board.

The infected passenger, who is traveling with four companions, received a phone call Tuesday with notification about the test results. He had taken the five-day testing option prior to leaving home, with a negative result as required to embark on UnCruise Adventures. A second test was taken upon arrival at the Juneau airport which then resulted in the positive.

UnCruise said the man is showing no symptoms and no other guests or crew are exhibiting symptoms. Everyone is now confined to their cabins.

Wilderness Adventurer was anchored in a secluded harbor while offboard activities were under way when the call came in.

'We are focusing all efforts on care of the guests, crew and the local community,' UnCruise owner and CEO Capt. Dan Blanchard said. 'This is very discouraging news and not what we had hoped for, but we’ll deal with it professionally. The guests are taking the news well, and the crew has executed our contingency plan quickly.'

The company said it is following Alaska contact tracing protocols.

'With the spotlight on the cruise and small boat industry we understand there are risks in operating, and travel in general. With months of preparation, we were still able to pivot quickly in response to this event,' Blanchard said. 'We wish to thank those that have worked rapidly to isolate and implement the appropriate processes as we determine the next steps.'

The company said 'all precautions were taken' in preparing for the trip.

Crew to quarantine on board

The quarantine hotel and meal costs will be paid by UnCruise. The crew will quarantine  aboard Wilderness Adventurer in port in Juneau.