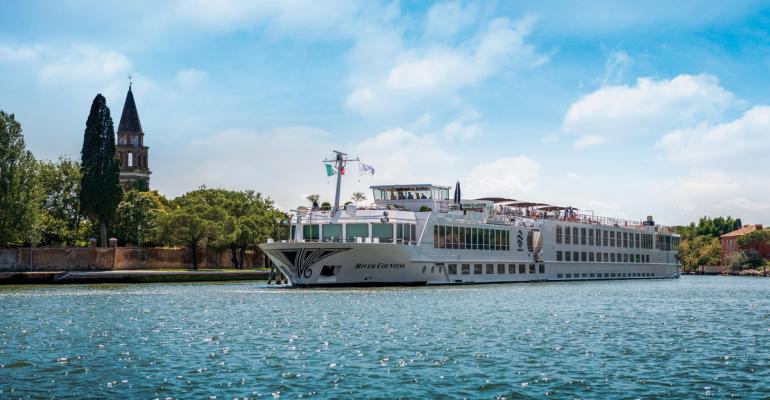 River Countess was out of service for repairs from June 2 until Sept. 8

CEO and President Ellen Bettridge said Uniworld filed the suit after extensive conversations with MSC about compensation were unproductive.

‘We are extremely disappointed with the unprofessional manner in which MSC has decided to ignore the gravity of the situation, which has disrupted our guests, our partners and our team,’ Bettridge said in a news release. ‘Aside from the severe damage to our ship [River Countess], we were forced to cancel 14 voyages, frustrating our guests and travel partners during the peak summer season.’

‘We do not like to litigate but have been compelled to do so based on the stonewalling and delays by MSC and its representatives — even after receiving a letter of guarantee by their own insurance agency, West of England,’ Bettridge said. ‘We expect more and better from a fellow member of the cruise industry and regret having to go to court to seek fitting remedy.’

Update: In a statement Thursday, MSC Cruises said it has been 'working constructively with all parties and their legal advisors since shortly after the incident, and has been facilitating a close cooperation between those involved including their insurers. As liability in this matter is still under investigation by the responsible authorities it is inappropriate to comment further at this stage.'

The company added it is 'committed to continuing to cooperate fully in order to resolve this matter.'

On June 2, River Countess was docked at the San Basilio Cruise Terminal when it was struck by MSC Opera after the ship lost control while maneuvering alongside. At the time, Uniworld said four passengers suffered minor injuries. The incident occurred after most guests aboard the 130-passenger vessel had disembarked for flights home.

River Countess was taken out of service for repairs that stretched months longer than initially projected. The vessel resumed sailing Sept. 8.

Uniworld said nearly 1,600 guests were impacted over the course of several months.

The incident remains under investigation.