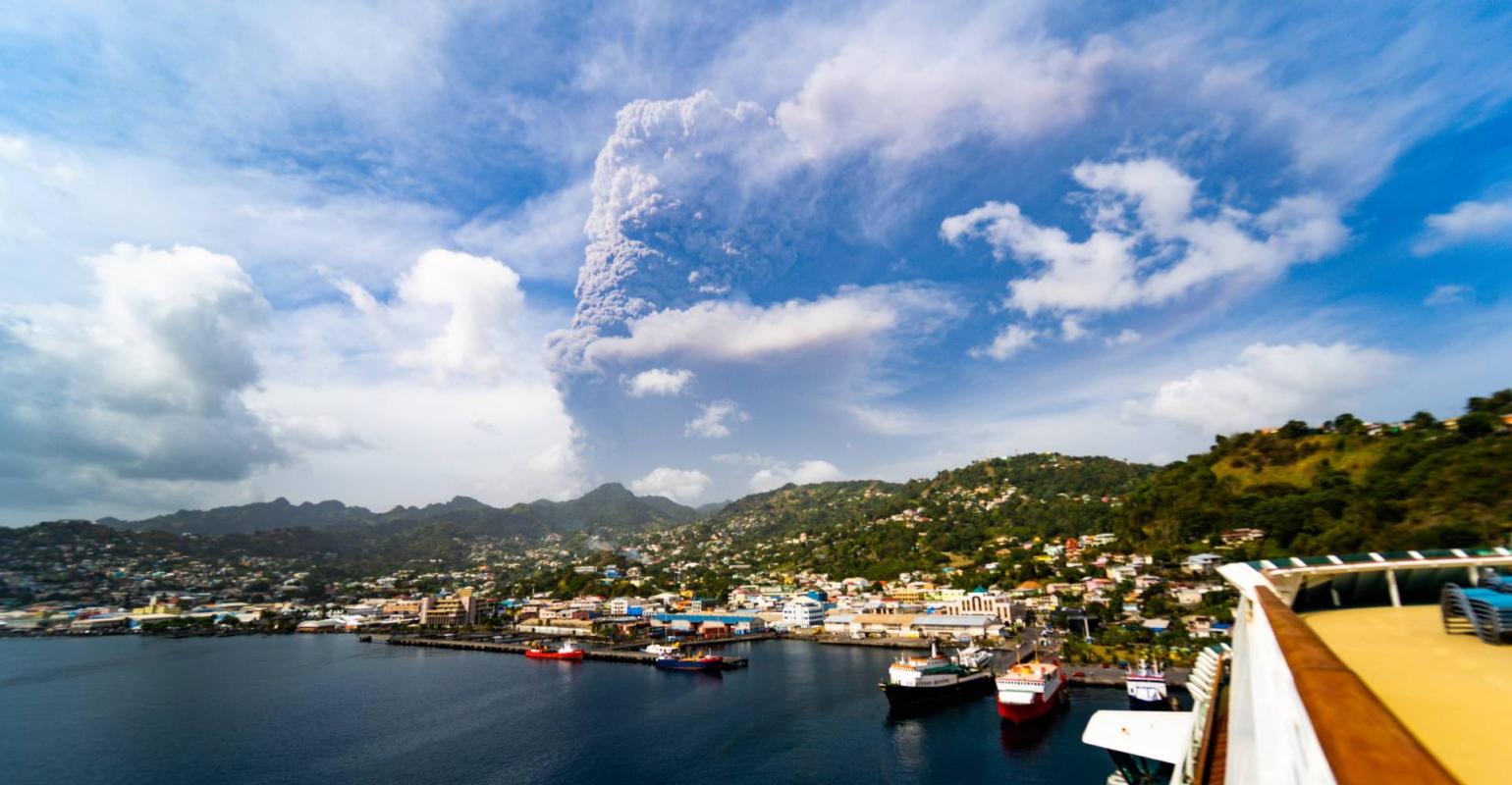 Soufrière volcano seen from the bridge of Serenade of the Seas alongside in St. Vincent a few days ago
Two Carnival Cruise Line ships were released from standby off St. Vincent Tuesday, even as Soufrière volcano continued erupting, while a pair of Royal Caribbean International and Celebrity Cruises vessels remained in the vicinity.

'Government officials in St. Vincent have advised Carnival there is no immediate need for an [off-island] evacuation of local residents. In consultation with the government, Carnival will be moving Legend and Paradise from the area, but we stand ready to assist should the circumstances change,' a Carnival spokesman said.

Over the weekend, Royal Caribbean International's Serenade of the Seas carried 137 evacuees from St. Vincent to St. Lucia, a company spokesman told Seatrade Cruise News. Celebrity Reflection has also been on hand.

'Our ships are in the vicinity, on standby, waiting for the next assist effort,' the spokesman said.

Though as many as 20,000 people have reportedly fled the northern region where Soufrière is located, the Associated Press said Prime Minister Ralph Gonsalves might call off the cruise ships since most people are staying on island for now.

The wire service said those who'd been evacuated by cruise ship were farm workers on a seasonal agricultural program whose flight to Canada had been canceled. They were to fly back from St. Lucia instead.

The Royal Caribbean and Celebrity ships each have about 100 crew on board and rushed from their layup in Barbados to assist last week, as did the two Carnival vessels that also have been laid up in the region.