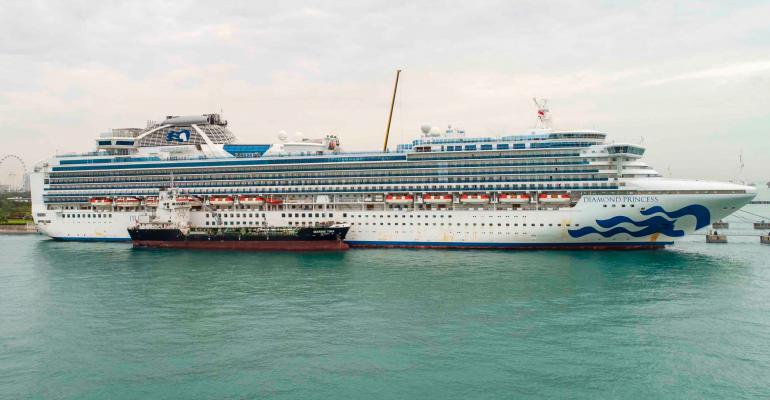 As of Saturday, the total cases diagnosed had reached 285

Monday update: Americans from Diamond Princess were flown out of Japan on two charter flights that left Tokyo this morning as confirmed coronavirus cases reached 451. Canada announced it would be repatriating its citizens on a charter flight, too.

Fourteen people who were headed to the US flights were confirmed positive but, still asymptomatic, they were allowed to travel isolated in a special containment area on the plane.

Saturday the United States said it would repatriate asymptomatic citizens from the quarantined Diamond Princess in Japan. There are about 400 Americans on board.

Once home, they will start their 14-day quarantine afresh for coronavirus, or COVID-19.

According to a Feb. 15 letter from the US Embassy in Tokyo, evacuees will be flown back to the US on chartered aircraft. Two planes were planned to arrive in Japan the evening of Feb. 16. Buses will move people and their belongings to the planes.

They will be screened for symptoms. The US State Department said it is working with Japan to ensure any symptomatic passengers who cannot board the flight receive care in Japan.

To Air Force bases in California and Texas

The US will repatriate passengers and crew who are either citizens or permanent residents.

Those who choose not to join the charter flight will be ‘unable to return to the United States for a period of time. The Centers for Disease Control and Prevention will make a final determination on this matter,’ the letter stated.

The number of people diagnosed on board continues to climb. On Saturday, 67 more cases were confirmed, for a total of 285. The nationalities of the new cases include Australia (five), Canada (three), China (three), Germany (two), Hong Kong (one), Kyrgyzstan (one), India (two), Japan (27), Philippines (17), Taiwan (one), United States (five).

As people are diagnosed, they're taken to hospitals ashore.

Diamond Princess has been quarantined since arriving in Yokohama Feb. 3 after a man on the prior cruise was later diagnosed with COVID-19 in a Hong Kong hospital. The Japan Health Ministry had planned for the quarantine to end Feb. 19, pending no unforeseen circumstances. There has been an update, with the likelihood that is going to be extended, especially for crew.

The ship arrived carrying 2,666 passengers and 1,045 crew from a range of nationalities. About half the passengers are from Japan.

On Thursday, Japan offered the option of medically vulnerable people moving to a shoreside quarantine facility. Twelve guests in this group who tested negative for coronavirus have voluntarily disembarked while 55 guests who tested negative decided to remain on board.

Just a few days ago, US health officials had advised Americans that staying put on the ship was their safest course of action.

'This is a dynamic situation,' the Feb. 15 letter stated, adding: 'We are deeply grateful to the cruise line and government of Japan for working diligently to contain and control the spread of the illness. However, to fulfill our government’s responsibilities to US citizens under our rules and practices, as well as to reduce the burden on the Japanese healthcare system, the US government recommends, out of an abundance of caution, that US citizens disembark and return to the United States for further monitoring.'

After news ot the US plans broke, some other countries reportedly indicated they were looking into evacuating their citizens, too.