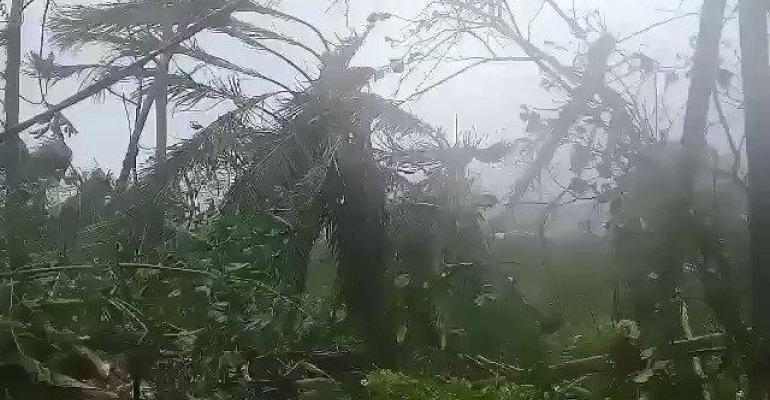 The monster cyclone battered several islands with winds of more than 200 kilometres an hour and is continuing its path to neighbouring Fiji.

The extent of the damage in Vanuatu remains unclear as the storm has brought down phone networks.

It has been reported that Luganville, the capital of Espiritu Santo, has been devastated.

Olivia Finau of the Vanuatu Red Cross Society said it is preparing for bad news when communication lines are restored.

Plan for Perfect Day at Lelepa

The P&O Pacific Partnership, funded by voluntary contributions from P&O Cruises Australia’s passengers, has been building health and education facilities in Vanuatu and Royal Caribbean is planning to build a private resort on the island of Lelepa. A Perfect Day at Lelepa follows the company’s Perfect Day at CocoCay.