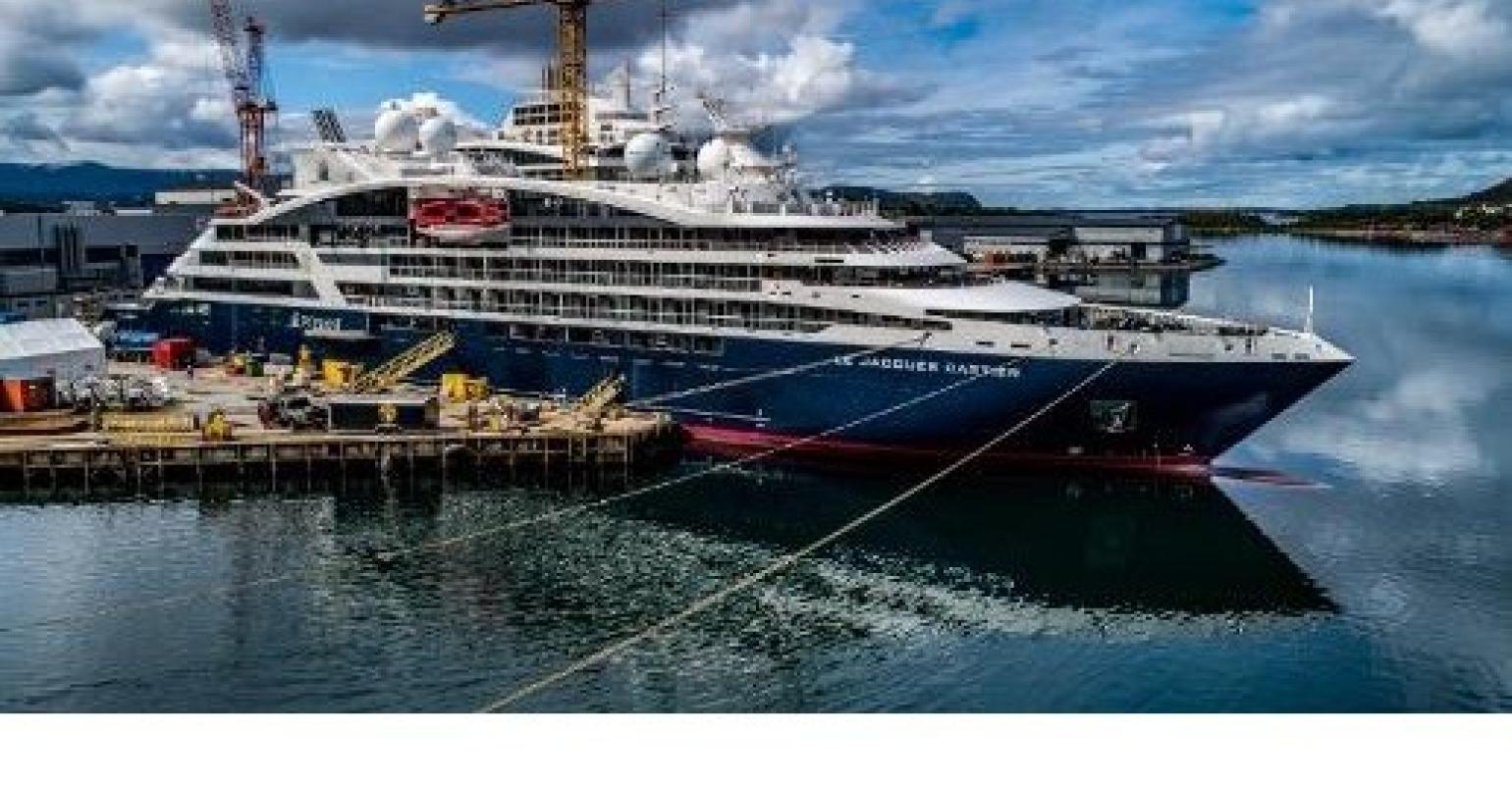 With the delivery of Le Jacques Cartier, Ponant's Explorer series of six newbuilds is complete in just over two years.

'These six vessels combining cutting-edge technology and respect for the environment are the symbol of a new generation of ships flying the French flag,' Ponant CEO Jean Emmanuel Sauvée said.

All were built by Fincantieri's Vard.

With just 92 accommodations, all with balconies or private terraces, sleek and elegant exterior lines and a refined design, Le Jacques Cartier also features Ponant's unusual Blue Eye underwater multisensory lounge. Blue Eye has two giant windows resembling the eyes of a whale. Non-intrusive underwater spotlights reveal the views while hydrophones built into the keel capture the natural symphony of the sea and ‘body listening’ sofas vibrate in unison with the sounds.

Hidden artwork by Shuck One

New on Le Jacques Cartier is a hidden work by the acclaimed French graffiti artist Shuck One. During the ship's construction, he produced an allegorical diptych on the raw steel, showcasing the oceans and nature. Shuck One’s piece was covered up as the building was finished and is now available for viewing via a porthole.

Its creation can be seen here.