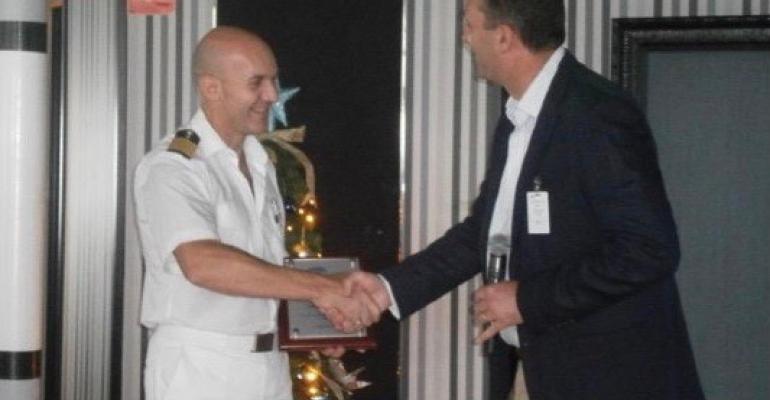 Cruise & Maritime Voyages’ Vasco da Gama arrived in Sydney Sunday en route to Adelaide and Fremantle where she will replace the 600-passenger Astor for the company’s 2019/20 extended season.

The 1,220-passenger ship, which arrived from a 53-night voyage from Tilbury, was Holland America Line’s Statendam and later P&O Cruises Australia’s Pacific Eden before emerging from dry dock in Singapore in April with her new name.

Dean Brazier, the Adelaide-based MD of CMV Australia, and his team hosted a walk around and lunch in the Waterfront Restaurant on Sunday to showcase Vasco da Gama to travel partners and the media.

Brazier said Vasco da Gama’s inaugural season coincides with CMV’s 10-year anniversary and comes hot on the heels of the announcement the company will acquire P&O’s Pacific Dawn and Pacific Aria, taking its expanding ocean fleet to eight ships in 2021.

He said Vasco da Gama is expected to carry an extra 5,900 passengers throughout the 2019/20 season compared with Astor’s previous Australian season.

However, he added, the ship will maintain the same intimate, country-club-like atmosphere that marks a CMV cruise.

He said the company is making domestic destinations more accessible and affordable with new calls at Darwin, Geelong, Port Arthur and Wallaroo in South Australia.