'We love you, Barbados': AIDA captain 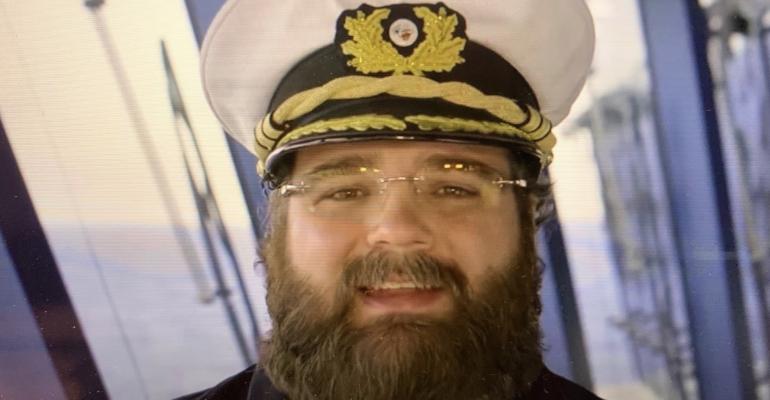 Barbadians 'really helped us, really supported us ... We are very grateful for this and for sure will not forget,' Capt. Boris Becker said in a thank-you video

AIDAperla Capt. Boris Becker thanked Barbados for sheltering his ship when many other ports closed their doors.

Seeing 'who your real friends are'

It's a challenging time for everyone — those on the island and on the ships, and for the whole travel and cruise industry. 'However, in those difficult times ... we can see [who] are your real friends and who are the people you can really rely on,' the captain said in a video message from the bridge.

After lying in the roads at Bridgetown for more than a month, along with a number of other cruise ships, AIDAperla recently cast off for Europe to carry home its remaining crew.

For seafarers, home is far away

'We want to send a big thank you, Barbados, from us on board to you on the island ... because all the support we got from you, the Barbadians, during these difficult times is for sure not taken for granted,' Becker continued. 'For those working at sea, home is far away, and we rely on and depend on all the ports on our routes to give us support in our daily operations.'

However, even for ships such as AIDAperla with no health issues on board, 'more and more doors were closing. On Barbados, things were different, though,' the captain said.

'We will not forget'

Becker noted that while the island took care to protect its citizens, everyone, from the prime minister, senators, port workers, airport workers, taxi drivers and many other Barbadians, 'really helped us, really supported us ... We are very grateful for this and for sure will not forget how you supported us and how we could rely on you in those difficult times.

'We will be back, bringing passengers and business to the island as soon as the seas are a little calmer. Thank you for everything. We love you, Barbados. See you soon.'

For Barbados, the homeporting business is 'very critical ... We had to take a very stout and robust position with regard to the cruise sector,' said Kerrie Symmonds, minister of tourism and international transport.

'When other countries were viewing what was transpiring in the early days on board cruise ships with a certain degree of horror and, in some instances, refusing access by some cruise ships to their shores, Barbados took a conscious and deliberate decision that we would not do that and that we would treat the cruise sector as partners should treat each other,' Symmonds elaborated.

That's why Barbados afforded cruise ships — including some that don't include the island in their itineraries — a 'safe harbor' and allowed crew to be repatriated from there.

'That is the spirit of partnership within which we have tried to operate,' the minister said.

When AIDAPerla departed, alight with the message 'Thank you, Barbados,' it went 'a long way to demonstrate, in those difficult times, we have to build partnerships and maintain partnerships,' Symmonds added, 'because that is what the tourism industry is all about.'

Forty percent of Barbados' GDP comes from tourism, which employs 30% of the workforce. Last year was a record for the UK market, which grew 10.4%, and the No. 2 market, the US, also charted record growth, while visitor spending was up 7.5% in the first six months.

'So we were really on a fantastic growth trajectory prior to COVID-19,' Symmonds said. That's been derailed, with the more than 50 commercial aircraft movements a day halted, hotels shuttered and ground transport and watersports at a standstill.

The island has had 80 cases and six deaths from the virus.

Trying to do all the right things

$20m has gone into a new isolation/quarantine facility, while $10m was budgeted to secure essential medical supplies.

'A small island like Barbados tries to do all the right things,' Symmonds said, adding it's challenged by the inability to produce its own ventilators, for example, and the heavy global demand for equipment and supplies.

Meanwhile, a fund has been set up to help small hotels, and a special recovery task force was formed. Barbados plans to use this pause to retrain workers across the tourism sector. According to Symmonds, this is an 'opportunity for us to increase the quality of our service industry.'

In a time of social distancing, practices such as buffet dining will need to be rethought, and new protocols developed. The minister pointed to JetBlue newly requiring travelers to wear masks, and Emirates looking at quick testing for its passengers.

'On a regional level, we have to make sure our ports of entry are in a position where we can do those tests,' Symmond said.

Barbados has an excellent healthcare system, he added, and hopes to build on that, creating a hygiene 'gold standard.'

The island is in shutdown to May 3, when some restrictions will be eased. Because Barbados has a robust luxury villa market, that may be a way to reactivate tourism on a limited, careful basis. Those travelers use private jets and can self-isolate for a period because they typically stay at least six weeks.

Summer will be tough for tourism, in the minister's view: 'Realistically speaking, it may be more a matter of winter.'

As for the cruise market returning, nobody knows. But based on Barbados' actions during the crisis, it's likely to be a favored destination for ships in the future.