Wonder of the Seas picks by top Royal Caribbean executives 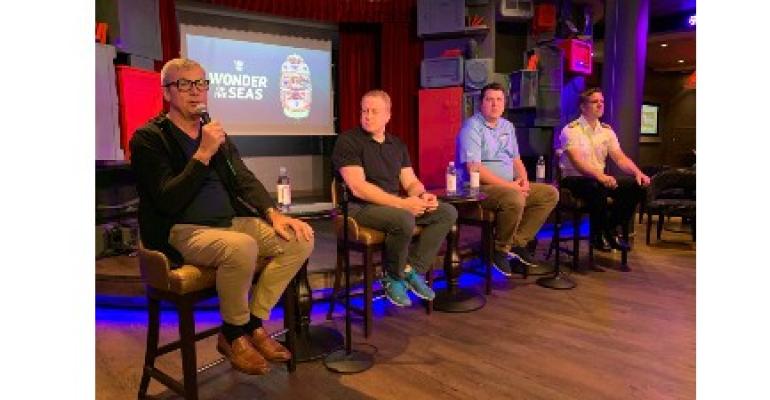 From left, Michael Bayley, Jason Liberty, Sean Treacy and Capt. Henrik Loy aboard Wonder of the Seas for the ship's weekend naming cruise from Port Canaveral

Asked to name a favorite feature on Wonder of the Seas, senior Royal Caribbean executives had plenty of picks.

From the moment the first Oasis-class ship sailed, in 2009, 'It was a huge success,' according to Bayley, 'And they keep getting better ... deliver[ing] from every single dimension. The ratings these ships get are unbelievable.'

He said the 'ability for families to come together and engage and have fun across all these dimensions ... really is a winning formula. It proves itself time and time again. So I'm in love with the whole thing.'

'It's my kind of food. It's Southern food and I love it,' Liberty said, adding that he'd spent time in Asheville, North Carolina, surrounded by great Southern food. In his view, the Royal Caribbean team 'did a really exceptional job bringing the recipes to life.'

Sean Treacy, SVP hotel operations, laid out his idea of the perfect night on Wonder of the Seas: It starts with a pre-dinner drink in The Mason Jar Bar, with its 'phenomenal country music band' and 'great cocktails. Then dinner in Giovanni's Italian Kitchen, his pick for 'the openness of the space, the food and the connectivity to Central Park.' 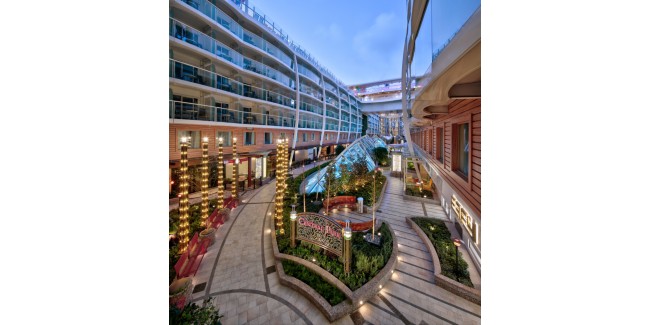 And a show. 'You can't lose on any of the shows; they're amazing,' Treacy said. 'But if you're here with a family, "The Effectors II: Crash & Burn." It's nonstop energy, activity and Royal Caribbean's own superheroes. How can you beat that?'

Vicki Freed's pick? The shows. She singled out the AquaTheater performances for the daring and talent of the Olympics-caliber divers as 'always a hit because it's different. 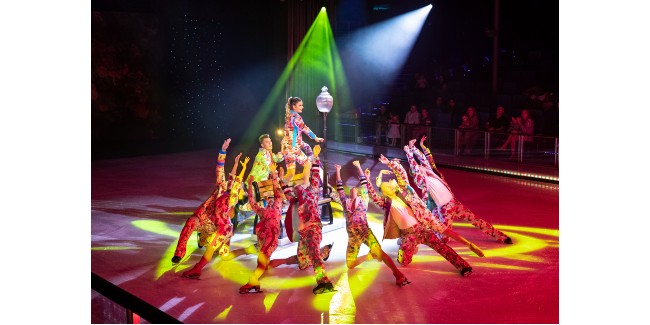 'The other show I love, love, love,' Freed added, is '365: The Seasons on Ice,' for its World Champion skaters, the music, the colors and the costumes. For families, she also endorsed 'The Effectors.'

When it comes to dining, Freed, SVP sales and trade support & service, favors 150 Central Park, the ship's most elegant specialty restaurant. And, at the more casual Hooked Seafood, she was wowed by 'the whole lobster on a tray. It's like being at The Palm,' referring to the legendary US restaurant.

'Most energy efficient ship in the fleet'

And for Capt. Henrik Loy, the standout is that Wonder of the Seas is 'the most energy efficient ship in the fleet, benefiting from the latest technology and innovation.'

Loy cited route optimization technology, the air lubrication system that generates millions of microbubbles to reduce drag 'so you get more speed for less energy,' and waste heat recovery from the engines that powers a turbine to supply 15% of the hotel power load — all 'great features I feel proud of,' the captain said.