A world of opportunity for Global Ports Holding 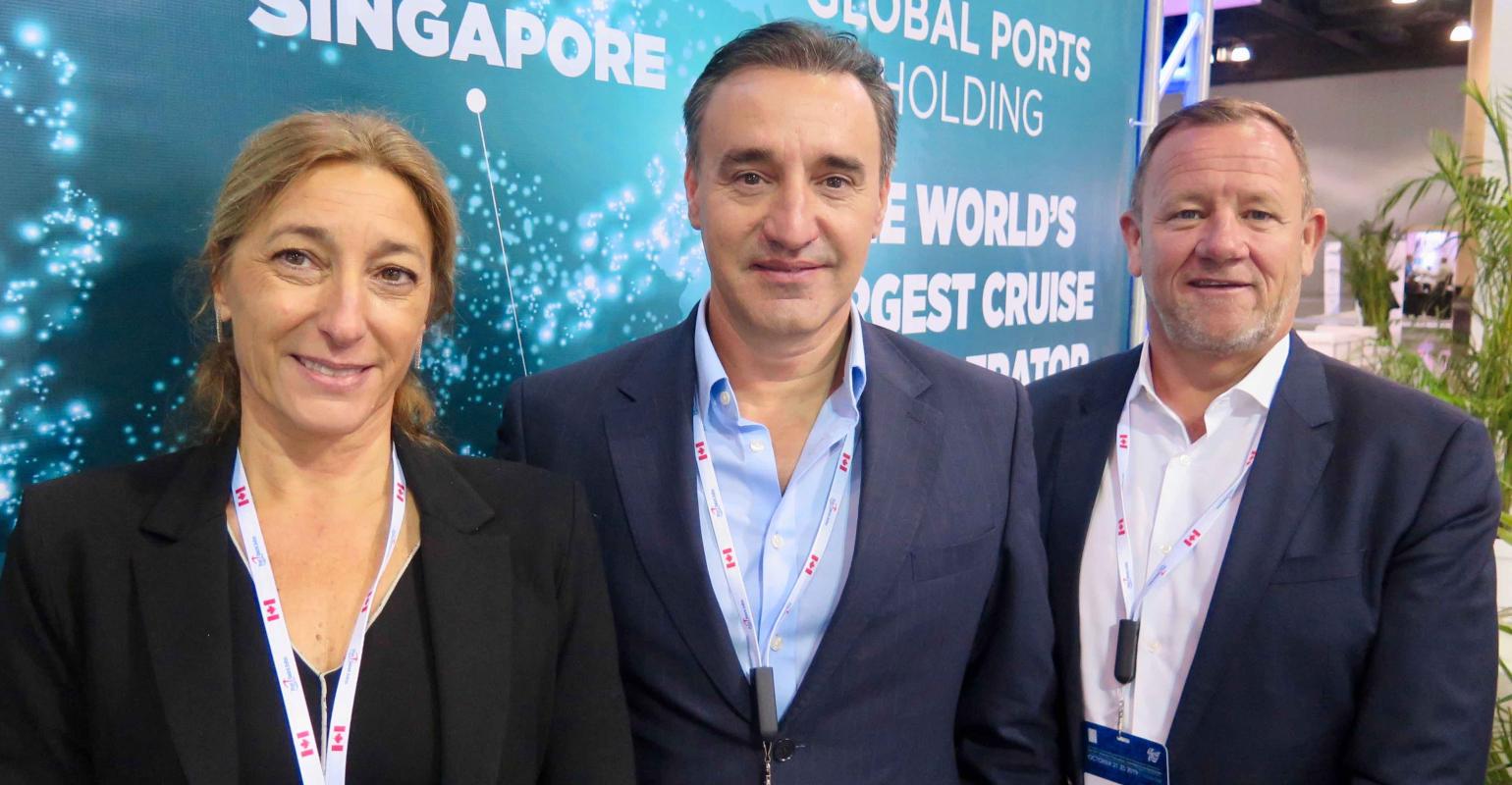 But GPH is looking at all of the Americas, and sees opportunities in Alaska, along the Pacific Coast and around South America, CEO Emre Sayin said.

Recently GPH launched operations in Antigua, where it has a long-term concession to improve and manage cruise operations. It has begun work in Nassau after winning a 25-year concession to develop Prince George Wharf and environs. The company is bidding to expand, improve and operate Puerto Rico’s San Juan Bay cruise terminals. And it is one of three shortlisted groups aiming to partner with the Port of Seattle on its new cruise facility at Terminal 46.

Eighteen ports of a thousand globally

Close to a thousand ports around the world can take cruise ships.

‘We’re operating 18 and the cruise lines another 18,’ Sayin said. ‘The rest are governments, chambers of commerce, sometimes private entities. We see them all as an opportunity. What plays an important role is the mindset of the government.’

Unike governments, ‘operating ports is our expertise,’ and ‘improving the passenger experience’ is the focus, Sayin said, adding that destinations can benefit from the best practices across the GPH portfolio, which ranges from Barcelona to Singapore.

GPH starts with the basics: infrastructure. This means a good pier so ships can dock, adequate gangways, an air-conditioned terminal. But it goes beyond that, to customer service.

‘You can spend hundreds of millions of dollars and get it wrong,’ Sayin said. Maybe someone doesn’t smile, the flow is poor or luggage is lost.

The Caribbean presents both a challenge and an opportunity because the infrastructure is generally poor and island nations have smaller populations and, therefore, more limited resources. Yet the region handles the lion’s share of the global cruise business and faces increasing pressure due to ever larger ships.

Beyond the Caribbean, Sayin sees potential throughout the Americas.

‘Seattle is a very important homeport and the most important for Alaska and probably the most important regionally for the cruise lines. We would love to bring our expertise to the Port of Seattle,’ Sayin said. ‘We see opportunities in Alaska to develop new destinations, and opportunities in the current destinations to improve infrastructure … We would like to work with governments and stakeholders in the region.’

As for the rest of the Pacific Coast, finding new places for cruise ships to go from Southern California homeports is a challenge. Along the Baja Peninsula, for example, ‘It’s quite difficult. There are not that many natural ports … Just building a breakwater in that sea can get rough. It’s a costly project, and there’s not much traffic.’

Yet Alaska is feeding Pacific Coast growth. ‘Alaska drives [growth in] Los Angeles and Los Angeles will drive growth in the ports in Mexico,’ Sayin said.

(Recently the Port of Los Angeles revived a longtime proposal for an Outer Harbor cruise terminal at Berths 46 and 50, with plans to release a request for proposals later this fall.)

Meanwhile, the company’s Caribbean/Bahamas business so far has been driven by its own proactive proposals.

For Antigua, ‘a wonderful destination,’ in Sayin’s words, the priority is making it ‘future ready,’ a term GPH uses to ensure the ports are able to take the biggest cruise ships coming. Antigua can be reached from South Florida homeports on 10-day round-trips, or within weeklong itineraries from ships based in San Juan. It also could develop as a turnaround port, predominantly for European brands.

GPH and its partners are financing the completion of the new Oasis-class pier at St. John’s. Other priorities include traffic management to alleviate congestion, including improved taxi lines, and expedited security screening at the port’s access point.

GPH also will add to and upgrade the retail at Heritage Quay, with an expected total initial investment in the first 12 months of operation of $45m to $50m, with additional spending to improve the surrounding port area by the last quarter of 2021. The Antigua Cruise Port team is led by GM Dona Lisel Regis.

‘We take on the current staff, if they want to join us,’ pointed out Mark Robinson, chief commercial officer, GPH. The Antigua port management team worked for the government. ‘Now they work for us’ and get training, uniforms and job opportunities, he said.

In Nassau, cruise customer satisfaction has lagged for years, but nothing was done, Sayin said, until GPH proposed a plan to the government which subsequently put the project out to bid and GPH was selected.

GPH and its partners in the Nassau Cruise Port consortium plan to invest up to $250m to build a cruise terminal, create an event and entertainment area, improve the current retail facilities and introduce new food and beverage options.

Robinson said the infrastructure work will start on the marine side, improving the piers and expanding a berth. The dredged material will be used for landfill to create the new upland areas.

Engaging locals in any port project is a must, according to Robinson. ‘We have to be involved in the community. We are global but local.’

Before heading to the FCCA Conference, the GPH leaders spent a couple days in Nassau with their designers and the port’s general manager, talking with vendors, taxi drivers, police and hair braiders, ‘getting their ideas about how to improve their part of the business. We want to work together,’ Sayin said.

Within the port, vendors, artisans and artists will be able to display their local foods and cultural experiences ‘like a sampler or tasting menu’ of what’s available. Beyond the port, attractions like a ‘wonderful art museum’ and historic points that have been overlooked will get a higher profile.

GPH Cruise Marketing Director Carla Salvadó uses a ‘holistic approach’ to train personnel so the destination can market itself to cruise lines and the public. She also facilitates the port’s involvement with the community. And helping destinations differentiate themselves by bringing out their distinctive cultural traditions, such as Junkanoo the Bahamas, is a focus, too.

‘We are polishing a hidden jewel. It’s there. It’s not just the beaches,’ Salvadó said.