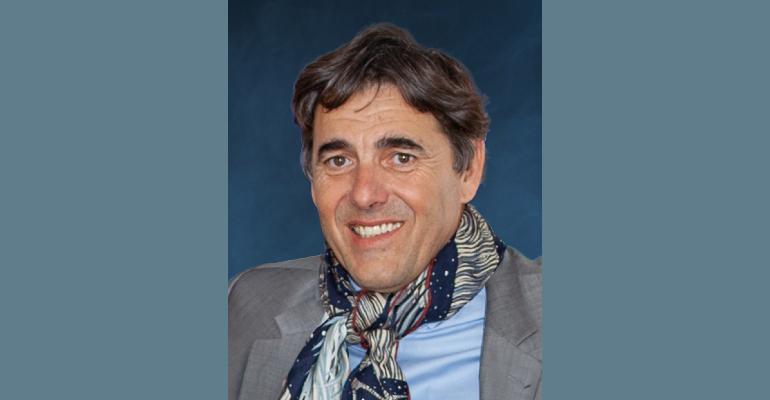 Despite the impact of the Russia-Ukraine conflict the future is looking bright for CroisiEurope, according to its general manager and spokesman Christian Schmitter

‘Taking 2019 as a reference year with 200,000 passengers and some €200m turnover, 2021 represented 45% of our previous activity. At year-end 2022, with 176,000 clients and a turnover ranking some €185m, it is up to 85%,’ explained Schmitter. ‘Part of the population still remains cautious and wants to see how the sanitary situation evolves. So some reservations are taking place between four and two weeks ahead of departure. But the average basket value has increased.’

Sales remain active for 2023, however ‘we anticipate it to be, again, a year of transition. We shall resume a normal cycle in 2024,’ continued the general manager.

On the impact of the conflict between Russia and Ukraine, he added, ‘It has made us lose 4, 500 passengers on our river cruises between St. Petersburg and Moscow, which previously represented about €10m revenue. However, it didn’t influence our clients so much: we had special sales actions and advantageous rates on destinations such as the Danube.’

40% of turnover from international markets

Passengers from the United Kingdom, Germany, the United States, Australia, Scandinavia and Canada represent 40% of CroisiEurope's activity, in that order. Stated Schmitter, ‘We have offices in Great Britain, Spain, Switzerland and [our cruises] are sold by all tour operators.’

The European clientele came back quickly amid the pandemic, as did Americans and Canadians since September. ‘They choose to sail on French rivers, such as the Rhône, Seine and Loire. They also booked the Douro in Portugal and, to a lesser degree, the Rhine or the Danube.’

From April to October, La Belle des Océans sailed around Corsica homeporting in Nice. French plus English were the languages spoken onboard creating an ‘international’ environment. After its winter season in the Canary Islands, the ship will head back to the Mediterranean with some new calls in Morocco and Spain. It will then return to Corsica from May to October before operating in November and December a new itinerary from Larnaca, Cyprus where it will homeport. The itinerary includes three days in the Holy Land from Haifa, Israel in November and December.

As for La Belle de l’Adriatique, ‘in April and May, it featured cruises in Croatia then, for the first time, headed to the Cyclades from June to August, with calls at emblematic islands, before returning to the Adriatic. This worked very well,’ Schmitter said. In 2023, after its winter season in the Red Sea, the ship will head back to the Mediterranean through the Suez Canal, then cross the Corinth Canal before reaching Dubrovnik, Croatia. There it will be based from April until October, calling Greece, Albania and Montenegro. ‘In 2024, a season in Greece is again planned, but taking place in April, May and June.’

No new destinations but itineraries reworked

If the company has a few projects in mind, it is too early to unveil them.

‘We have first to consolidate our ships’ occupancy. It is a recovery period for us,’ asserted Schmitter. For this purpose, new programs are to be scheduled on rivers already familiar to CroisiEurope. ‘They will include new calls, new excursions, out-of-the-ordinary visits. They will also be more heritage-focused,’ according to Schmitter. These include a gourmet stroll in Lyon for the Rhône, for the Garonne a helicopter ride in the Medoc region and wine tasting, for the Guadalquivir a Seville tapas tour and for the Danube an insolite visit of Budapest, to name a few. In spring, five new cruises on French rivers will highlight the treasures of their local patrimony.

Moreover, new three- to four-day post-cruise options are scheduled in the Britanny and Basque regions of France, Andalusia in Spain, Transylvania, Romania, and Southern Africa by Rovos Rail.