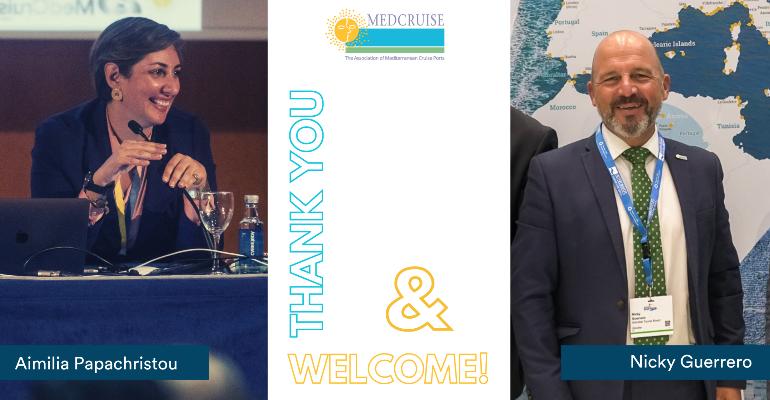 Nicky Guerrero will take on the role of secretary general at MedCruise January 1, with Aimilia Papachristou stepping down after two years.

MedCruise President Figen Ayan said, ‘Since Aimilia's announcement to move to another position in the maritime industry, I made the matter of her replacement an important and key matter while the activities of MedCruise were continuing at full speed.

'I have evaluated many profiles and wanted to find a fit which would be an excellent choice beyond my mandate, and I finally came to a common understanding with Nicholas Guerrero.’

She continued, ‘Nicholas, alias Nicky has been in the tourism and cruise industry for many years. He used to be one of our active board members, speaks several languages, has an excellent connection with the secretariat but most importantly, loves the association because he also sees its amazing potential in our vibrant cruise industry.

‘I would like to warmly welcome Nicky to our family.’

Ayan said she ‘strongly believes’ the transition will be ‘extremely smooth’ given Guerrero’s experience.

Papachristou was appointed secretary general in November 2020. Before that, she was senior project manager at MedCruise, from 2013 until 2018.

Ayan said of Papachristou, ‘In my capacity as president of MedCruise, our board of directors, our secretariat, our port members and associate members would like to express our sincere gratitude for the excellent work, dedication and passion that Aimilia Papachristou has carried out over the years in her position as secretary general of the MedCruise association.

‘The MedCruise family wishes beautiful Aimilia all the best in her new endeavours.’

Nicholas Guerrero was born, raised and educated in Gibraltar and is a graduate of the University of Brighton, UK. Fluent in English and Spanish and highly competent in French, he is today an independent consultant and specialises in the cruise industry and airline industry, and has extensive experience in event management.

Having had experience in broadcasting, one of his strengths includes presenting and moderating events and discussion panels, as he has done for MedCruise and Seatrade Cruise.

In his career, he has worked in the hotel, hospitality and tourism industry and in 1997, joined the Gibraltar Tourist Board.

Chief executive at Gibraltar Tourist Board

On joining Gibraltar Tourist Board, Guerrero carried out the roles of product manager and sales and marketing manager, before becoming its chief executive - a position he held during the latter half of his 24 years there.

The chief executive’s role included an extensive programme of marketing the destination outside of Gibraltar. Other tasks included liaising with the airline industry, including route development and working extensively with the cruise industry.