Analysis of US court's decision on Cuba cruises to Havana 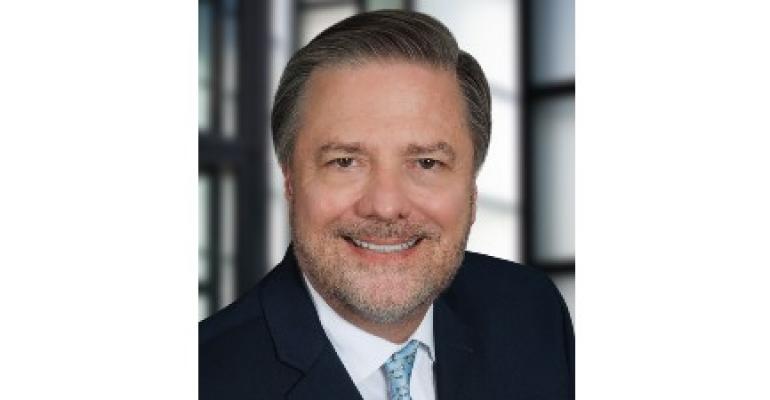 Robert Kritzman is a corporate and transactional lawyer who has represented cruise lines and related businesses both in private practice and as a general counsel for more than 25 years. He provided this expert analysis to Seatrade Cruise News.

On March 21, Federal District Court Judge Beth Bloom found Carnival Corporation, Royal Caribbean Group, MSC Cruises and Norwegian Cruise Line Holdings liable to Havana Docks Corp for the cruise lines’ use of port facilities and docks confiscated from Havana Docks Corp by the Cuban communist government in 1960. The judge granted Havana Docks’ motion for summary judgment on liability and scheduled the case for a jury trial on May 23 to address the amount of damages.

Of course, any or all the cruise line defendants may decide to appeal the judge’s decision.

On April 28, 1967, Havana Docks submitted a claim to the US Foreign Claims Settlement Commission (FCSC), a quasi-judicial, independent agency within the Department of Justice established to adjudicate claims of US nationals against foreign governments under the Foreign Claims Settlement Act. The FCSC certified Havana Docks’ claim finding that based on the concession granted by the government of Cuba, Havana Docks owned and operated three piers: the San Francisco, Machina and Santa Clara and certain other buildings located at Havana harbor.

In 1996, the US Congress passed and President Clinton signed the Helms-Burton Act, also known as the Libertad Act. The Libertad Act’s stated intent was to “strengthen and continue the US embargo against Cuba” and “to assist the Cuban people in regaining their freedom and prosperity.” The Act extended the territorial application of the initial embargo to apply to foreign companies trading with Cuba, and penalized foreign companies "trafficking" in property formerly owned by US citizens but confiscated by Cuba after the Cuban revolution. The Act also covers property formerly owned by Cubans who have since become US citizens.

Title III of the Libertad Act provides a private cause of action to victims of confiscation against any person who “traffics” in property confiscated after January 1, 1959. The definition of “traffics” extends beyond common parlance and includes “any person who engaged in a commercial activity using or otherwise benefiting from confiscated property." However, the Libertad Act grants the president the authority to suspend the right of private parties to bring a cause of action under Title III. This right was suspended by President Clinton due to backlash of the extraterritorial application of the Act from many foreign countries. This suspension remained in place under all presidents until President Trump allowed private cases to proceed in 2019.

The Cuban Asset Control Regulations (CACR), first enacted under the Trading With The Enemy Act in 1963, have been tightened and loosened at various times in their history. Among many issues relating to the embargo and trade with Cuba, the CACR regulate travel to Cuba by “persons subject to US jurisdiction.”  In January 2011, the regulations regarding permitted travel to Cuba under the CACR were amended to include travel for “educational activities,” under a specific license, for “when those exchanges take place under the auspices of an organization that sponsors and organizes such programs to promote people-to-people contact.”

However, the regulations clarified that “transactions related to activities that are primarily tourist-oriented, including self-directed educational activities that are intended only for personal enrichment, will not be authorized pursuant to this section.” Specific licenses require approval of the specific activities, trips and persons traveling.

In January 2015, the Obama administration further amended the CACR to authorize travel-related transactions and other transactions incident to activities within the 12 existing travel categories in OFAC’s regulations ... without the need for case-by-case specific licensing. This amendment to the CACR explicitly did not authorize travel for tourist activities, which the regulation noted is prohibited by statute.

Under those amendments, travel “meant to promote people-to-people contact” (commonly referred to as people-to-people travel), could be done by general license (without specific approval), but under the conditions (among others) that: (1) the exchanges take place under the auspices of an organization that is subject to US jurisdiction and promotes people-to-people contact; (2) all travel-related transactions pursuant “must be for the purpose of engaging, while in Cuba, in a full-time schedule of activities intended to enhance contact with the Cuban people, support civil society in Cuba, or promote the Cuban people’s independence from Cuban authorities”; and (3) each traveler has a full-time schedule of educational exchange activities that will result in meaningful interaction between the traveler and individuals in Cuba …”.

The amended regulations expressly stated that “[t]ransactions related to activities that are primarily tourist-oriented, including self-directed educational activities that are intended only for personal enrichment, are not authorized pursuant to this section.”

Upon the enactment of this “general license” the cruise lines began planning for cruises to Cuba from South Florida and operated cruises from South Florida to Cuba from 2016 to the middle of 2019 using docks covered by Havana Docks concession. The cruises ceased in 2019 when the CACR were amended to remove the authorization for group people-to-people educational activities described above. The change in regulations rescinding the general license relied on by cruise lines reflected the new administration’s more aggressive enforcement of the embargo. President Trump lifted the suspension on private causes of action in June of 2019 and Havana Docks filed this cause of action.

The court granted a summary judgment finding the cruise lines liable to Havana Docks under the Libertad Act. A court can grant a summary judgment if there is no genuine dispute as to any material fact and a party is entitled to judgment as a matter of law. This is a relatively high standard to meet. It appears from the opinion that few of the facts were in dispute.

Although many legal issues were argued by the parties and addressed in the court’s 169-page opinion, the primary and most interesting issue was the fundamental legality of the travel engaged in by the cruise lines and cruise passengers. The Libertad Act excludes from the definition of “traffics” (i.e., the actions that give rise to liability) “transactions and uses of property incident to lawful travel to Cuba …”.  The argument that use of the docks was incidental to legal travel was a primary argument of the cruise lines. As noted above, under the 2015 amendments to the CACR tourism was not permitted and was not lawful travel to Cuba.

Under CACR, the “lawful travel relied on by the cruise lines must include a full-time schedule of activities intended to enhance contact with the Cuban people, support civil society in Cuba or promote the Cuban people’s independence from Cuban authorities.” Additionally, each traveler must have a full-time schedule of educational exchange activities that will result in meaningful interaction between the traveler and individuals in Cuba. Those of us who travelled on one of the subject cruises can conclude for ourselves whether our experience met the standards of lawful travel outlined above or was simply tourism. Judge Bloom’s opinion provides a detailed analysis of the shore excursions and other activities engaged in by the passengers. The judge concluded the travel was tourism.

Evidence of US administration's support

Understandably, the cruise lines believe the administration’s (including the State Department’s) advice and encouragement to initiate cruises to Cuba should provide protection from future claims the travel was not lawful. We have no idea of the judge’s personal views on the Cuba policy issues (and should not). However, in anticipation of a likely question, we would note the judge was appointed to the federal bench by the Obama administration which encouraged the more liberal Cuba travel policy.

Did Havana Docks have property rights after concession expired in 2004?

The concession owned by Havana Docks would have expired pursuant to its own terms in 2004, if not previously confiscated by the Cuban government in 1960. The cruise lines, not surprisingly, argue Havana Docks had no property rights in the concession at the time their ships called in Havana and the cruise lines could not have trafficked in confiscated property rights that would have expired.

We all have our own views on an embargo that has been in place for 60 years. We may differ on the US propensity to enforce its laws extra-territorially. However, it is likely the cruise lines will move very cautiously before re-starting Cuba cruises absent actual change to or repeal of the law by Congress. A change in the law does not seem likely in the near future.

The court will eventually give instructions on the calculation of damages if the case moves to that stage. Under the Libertad Act damages should be the greater of (i) fair market value of the confiscated property at the time of taking plus interest; (ii) current market value of the property; or (iii) the amount certified by the FCSC. Damages may be trebled (three times actual damages) if determined a defendant has been on specific notice that it is trafficking in confiscated property and fails to cease doing so within 30 days. Damages are also trebled in any case where the FCSC has already ascertained that the property was confiscated.

Robert Kritzman can be reached at [email protected]