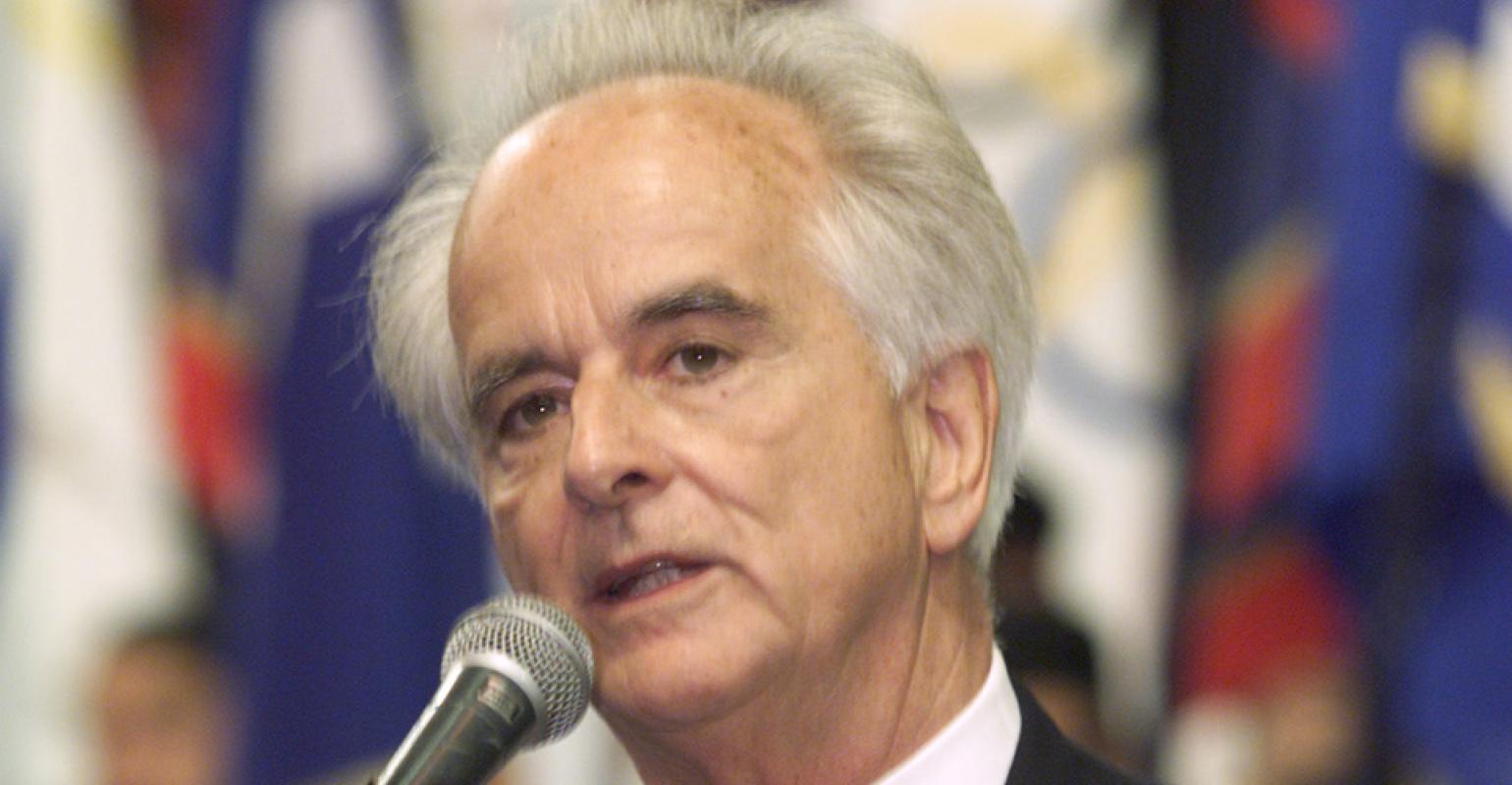 Potamianos’ Epirotiki - a main stay of Greek cruising for three decades from the mid-1970s
Andreas Potamianos, one of Greece’s most prominent shipowners, died July 30 at the age of 88.

Born in 1933 in Piraeus to a family of Cephalonian shipowners, Potamianos never moved far for the Akti Miaouli waterfront and during his long life he was deeply involved the shipping, tourism, economic and cultural communities of the country.

His family’s shipping roots went back to 1850 in a venture transporting cargo and passengers along the river Danube between the island of Cephalonia and the city of Braila. In 1902 the company adopted the name Epirotiki and the emblem of the Byzantine Cross which was to adorn the funnel of scores of ships. In 1916 the company located on the Piraeus waterfront.

Potamianos studied law at the University of Athens and did a postgraduate degree on maritime law at the London School of Economics, and served as a reserve officer in the Greek navy before joining Epirotiki.

In 1954, when the first Aegean cruises with Epirotiki Lines launched, he was at the forefront. Over the next five decades the company operated some 24 cruise ships.

After taking the helm in the mid-1970s Potamianos’ Epirotiki became a main stay of Greek cruising for three decades.

Carnival and Epirotiki forged a partnership in 1993 when Carnival sold a ship to the Greeks in exchange for a stake in the company. A second ship followed in 1994 as Carnival increased its shareholding but the partnership was short lived in the face of Greek cabotage rules and the Potamianos family regained control of Epirotiki and founded Royal Olympic Cruises in 1995 when Sun Lines and Epirotiki Line’s passenger operations merged.

It was not until 1997, when a listing on the Nasdaq raised $91m was it announced the two lines united under the Royal Olympic Cruises branding to operate in the East Mediterranean with an interesting mixed fleet of vessels.

The International Olympic Committee forced Royal Olympic Cruises to change its name to Royal Olympia Cruises in 2003, and the prefix of the Olympic vessels was changed to Olympia.

Royal Olympic was hit hard by the global tourism downturn and during the war on Iraq; the business suffered as customers saw the area as a risky destination. With a 55% market share in the Eastern Med, and a 9% overall in the Mediterranean, Royal Olympic tried to bolster its fortunes by a rapid change of itineraries but the changing brochures just confused passengers further and at the end of 2003 its two flagships were seized by the creditors.

Potamianos served as the chair of Association of Passenger Shipping Companies (SEEN) from 1980 until 2002 and was a member for 54 years in total. In 2017 he was elected vice chair of SEEN and fought until his last days for the unity of the sector and to address the serious problems of the pandemic with his participation proving to be particularly important and valuable.

He was also the president of the Greek-Chinese Association, of Special Olympics Greece and of the Yacht Club of Greece. Further, he served on the boards of the National Bank of Greece and the Hellenic Red Cross, as well as participating in the committee that successfully bid for the 2004 Olympic Games in Athens.