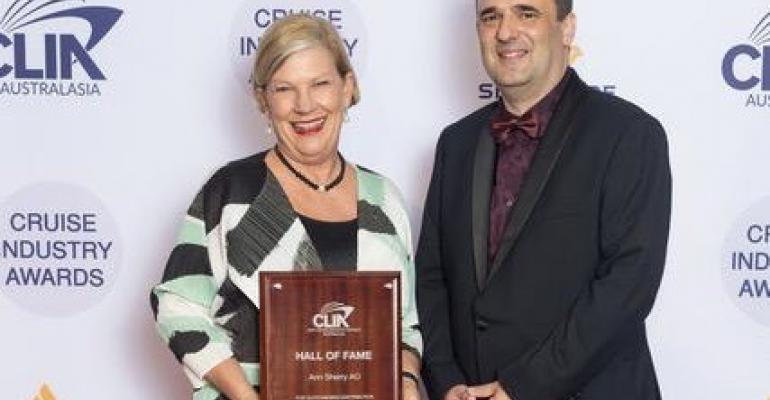 Speaking to an audience of more than 500 at the black tie event, CLIA’s Australasia and Asia MD Joel Katz said the honour recognised Sherry’s pivotal role in the industry’s sustained growth since she joined Carnival Australia as CEO in 2007.

‘With a dynamic combination of unique skills, personality and determination, combined with a far-sighted vision, she successfully placed the cruise industry and its most critical issues front and centre,’ Katz said.

‘She also used her personal reputation as one of Australia’s most prominent business people to grow the reputation of cruising among business, government and media, working to ensure that others in the tourism industry and policymakers understand the economic value of cruising.

‘Her vision has touched on matters such as port infrastructure, opening new cruise destinations, ensuring island communities in the Pacific share the economic benefits of cruising, and safeguarding the marine environment and the cultures of the people who support cruise visitors.'