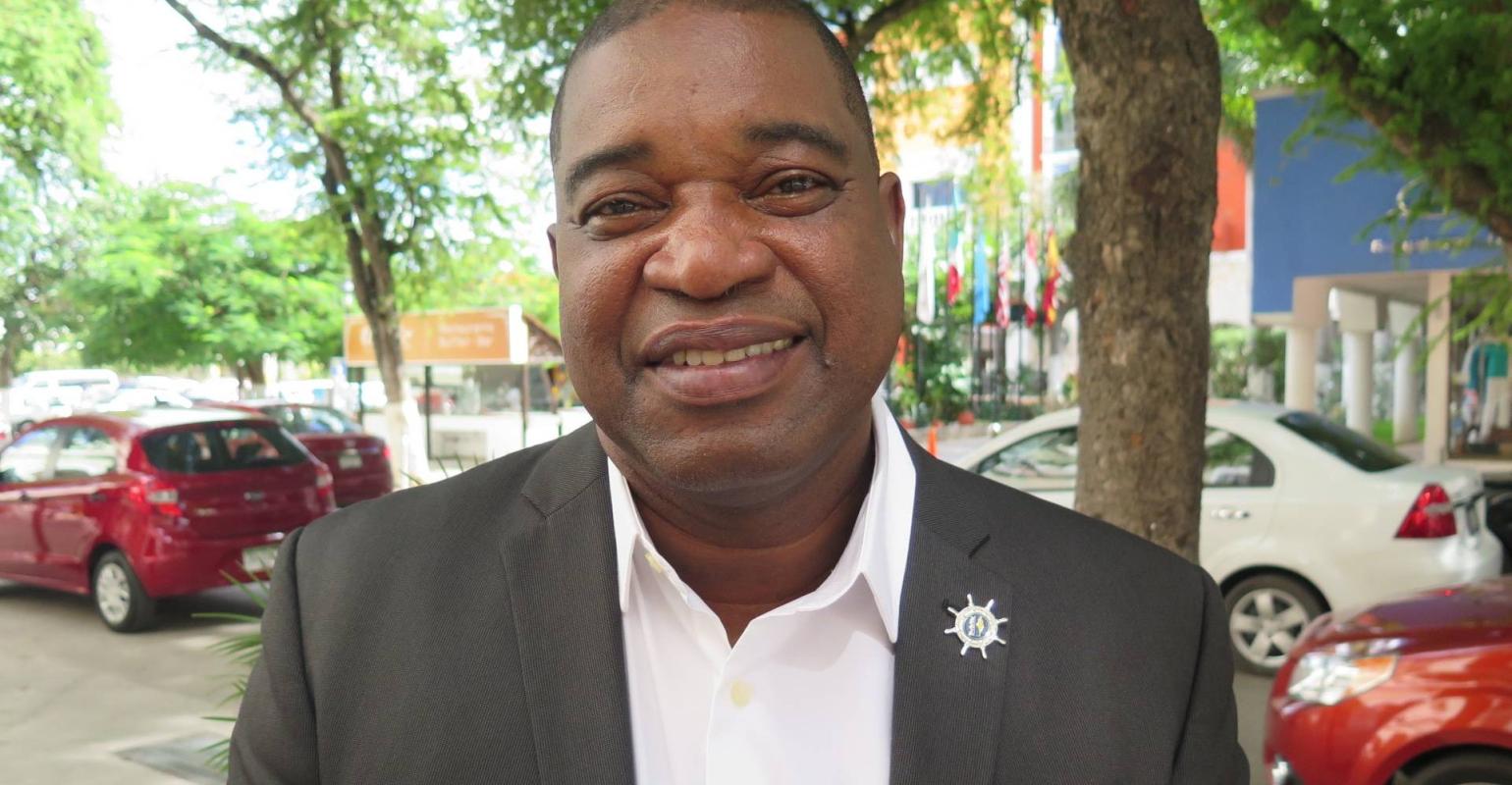 Nathan Dundas was 'always at the forefront of helping cruise tourism' and respected by all
Nathan Dundas, a leading ship's agent, cruise ambassador for Antigua and Barbuda and a gentle giant of a man, died Saturday.

According to Geo. W. Bennett Bryson & Co. Ltd., where Dundas was a manager of Brysons Shipping Agency and a company director, he had been receiving medical care at a hospital in the US.

Always at the forefront

'He was very well-respected, not just in Antigua and Barbuda but by all the cruise line executives. Everyone knows Nathan. This is a loss. We will miss him greatly.'

Over decades Dundas helped build Bryson's into the leading cruise agency in Antigua, with 98% of the business, and he served as the president of the Antigua and Barbuda Cruise Tourism Association since 1995. The association is an important forum for taxi drivers, shop owners and other local stakeholders, James said.

He had served on the board of the Antigua and Barbuda Tourism Authority and was active in regional groups like the Caribbean Shipping Association.

Dundas was also an international ambassador for Caribbean cruising, taking part in events like Seatrade Europe, Seatrade Med, Seatrade Cruise Global, the Florida-Caribbean Cruise Association Conference & Trade Show and others over many years.

He didn't shy away from reporters, either. James noted how Dundas, always eager to give interviews in support of Antigua, was frequently cited in the media.

Royal Caribbean Group called Dundas a 'tireless advocate and champion of cruise tourism in Antigua and the Caribbean, and we could always count on Nathan to provide us with his industry insight and expertise. He will be missed both personally and professionally.'

When Disney Cruise Line was looking to add a Southern Caribbean itinerary, a group visited to see what Antigua had to offer. Former Disney executive Larry Stauffer recalled how Dundas made all the arrangements with logistics and introductions.

'DCL did call on Antigua many times in the future and Nathan was always there to support our needs. From that relationship, during the Seatrade and FCCA conferences we would gather one place or the other for a meal and most likely a drink, or let’s say a few. You could pick Nathan out of a crowd a mile away with his genuine smile,' Stauffer said.

At Seatrade events, he helped raise the region's profile through the destination marketing group Caribbean Village, established in 2004.

'As one of the founding participants of the Caribbean Village, Nathan supported the vision of a unified Caribbean to grow and sustain its cruise sector. He truly showed us how partnerships forged can extend beyond the boundaries of geography, across the seas, spanning the globe and standing the test of time,' Caribbean Village adviser Julie-Anne Burrowes said. 'While we mourn his loss, we are all thankful to have had the opportunity to have known him and to have been able to call him friend.'

Born in Guyana, Dundas came to Antigua at an early age. An accountant by training, he worked at LIAT, the Caribbean airline, before joining Brysons. After getting involved in shipping, he never looked back.

According to James, his loss has been 'a shock to a lot of us.'