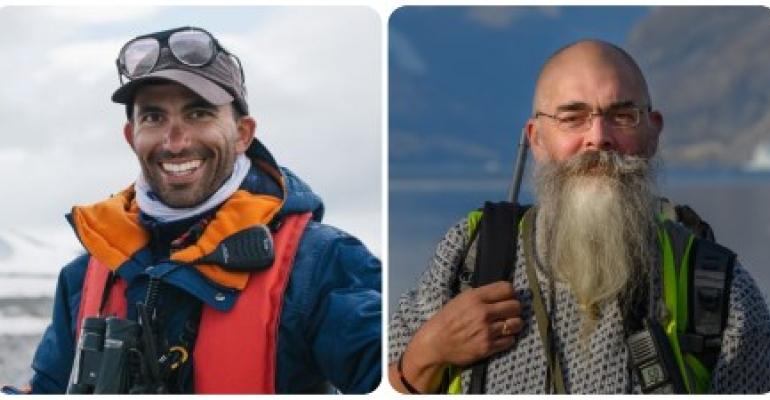 The line is doubling its 2022/23 Antarctic expeditions with the addition of World Traveller.

Zaccaria has led expedtions to Antarctica and the Arctic for the past 10 years. A native of France, he graduated as an engineer trained in spectrometry, a technique for measuring the distribution of light across the optical spectrum.

His work took him to Antarctica’s Dumont d’Urville Station, best known for its role in 'March of the Penguins,' a 2005 National Geographic documentary depicting the annual migration of emperor penguins. Later, Zaccaria made another overwinter at the only international station in the Antarctic.

Baker is a seasoned polar veteran, having worked in polar regions for the past 30 years. He has spent more than 4,000 nights on the White Continent, including four winters, and his Arctic career has taken him to Svalbard and East Greenland.

A native of the UK, Baker's undergraduate degrees were in botany and zoology and his master’s degree is in environmental management and international politics.