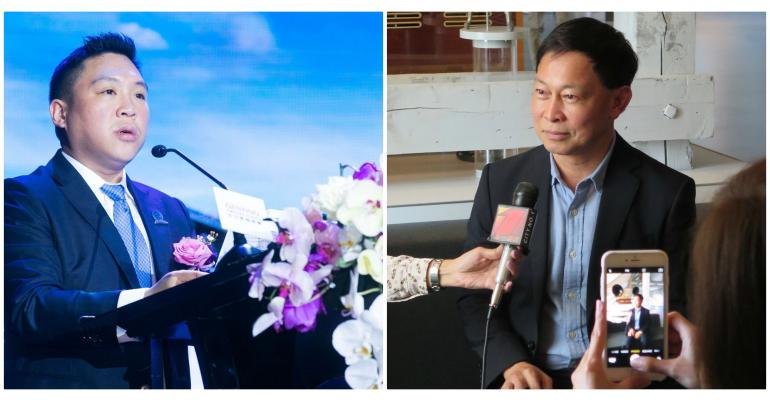 Genting HK is in the midst of a restructuring due to the impact of the coronavirus pandemic and recently signaled it expects a first half $300m operating loss and a $600m net loss.

Genting HK said Lim resigned to focus on other business commitments, adding he has no disagreement with the board. A son of Chairman and CEO Tan Sri KT Lim, he took on the deputy CEO role in March 2019. He had been an executive director since 2013.

Au has served as group president since March 2017. He was the founding president and CEO of the company 27 years ago, and has always been a prominent figure. He is responsible for Genting Cruise Lines, the parent of Dream Cruises, Star Cruises and Crystal Cruises, and for Genting HK subsidiary MV Werften, the cluster of four German shipyards. He is a director of several company subsidiaries.

Au joined Genting Berhad, Malaysia, 40 years ago and served in various positions globally with affiliates of the Genting Group.

He has waived 100% of fees and compensation, including the director’s fee, until the end of 2020.

Chan Kam Hing has served as CFO since December 2017, and is responsible for the internal control, accounting, corporate finance, treasury management and other financial and corporate services functions. He is a director of a number of company subsidiaries.

Prior to Genting HK, Chan had more than 27 years of experience in hotel and casino businesses, with the last nine years at the Greater China Corporate Office of Marriott International. He worked for Chow Tai Fook Group (including Grand Hyatt Hong Kong and Hyatt Hotel & Casino Manila) and Marco Polo Hotel Group (Wharf Group).