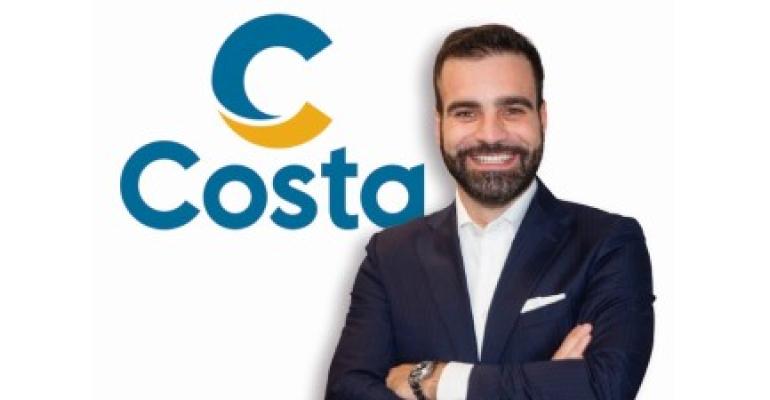 Luigi Stefanelli plans to split his time between Madrid and Paris, to 'stay close to my teams and all of our stakeholders'

In addition to his role as Costa Cruises' general manager for Spain and Portugal, Luigi Stefanelli is taking charge of France, the company's longtime second most important European market after Italy.

He replaces Rafaele d'Ambrosio, who left in June.

'I’m taking this new step with great enthusiasm and excitement,' Stefanelli said. 'The road wouldn’t be the same without new challenges and France is a great one.'

Stefanelli plans to split his time between Madrid and Paris, to 'stay close to my teams and all of our stakeholders,' and he aims to ensure Costa maintains its position in Europe by 'integrating the perspective of the French market.'

Over 10 years' of cruise experience

The Naples-born Stefanelli joined Costa headquarters in Genoa in 2011. End  2012, he was appointed general manager in charge of commercial development, pricing and revenue management for Asia, when the company became a regional leader there. In 2015, he was named GM Austria and Switzerland for Costa Cruises and AIDA, then GM Central Europe (Austria, Switzerland, Czech Republic, Slovakia, Slovenia and Hungary) for both brands.

He became GM Spain and Portugal in 2019.

The company’s headquarters are to move from Rueil-Malmaison to Paris-La Defense in brand-new premises from Oct. 1.

'This is part of Costa’s commitment to accommodate its employees and partners in the most optimal conditions,' said Aurélie Soulat, commercial manager France.