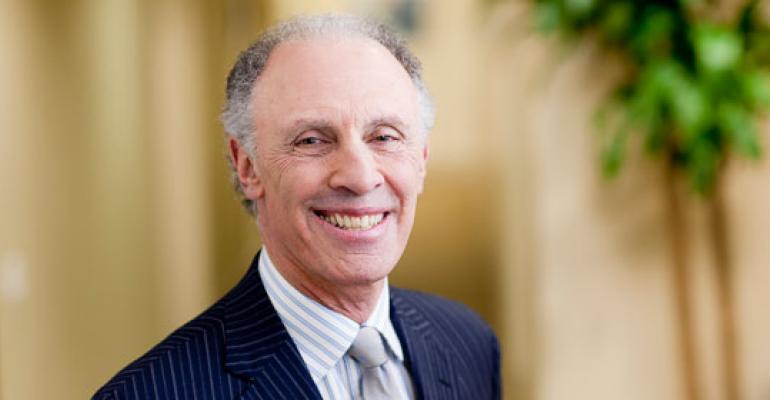 Christopher B. Kende sees serious legal impediments to holding cruise operators liable for 'serious and compelling physical and emotional damages for this terrible scourge of a disease'

Cozen O'Connor's Christopher B. Kende has warned on a tsunami of lawsuits against cruise lines as a result of the COVID-19 pandemic. In this expert briefing, cruise industry/maritime litigation specialist Kende analyzes one of those complaints.

On April 7, a putative class action was filed in the U.S. District Court for the Southern District of Florida, against an Italian subsidiary of Carnival Corporation, Costa Crociere, S.PA., alleging a variety of physical and emotional distress damages on behalf of passengers who boarded for a 20-day cruise on the Costa Luminosa, beginning on March 5, 2020.3 The vessel was described as a “ticking coronavirus time bomb.”

Essentially, the complaint alleges that (a) Costa was aware that a passenger on a previous voyage had symptoms of COVID-19 but knowingly and intentionally concealed this fact (b) the concealment included the necessity of a medical evacuation of the passenger showing the symptoms, and (c) Costa knowingly and intentionally delayed by two days a decision to order passengers to isolate in their rooms after learning that the evacuated passenger had tested positive for the virus.

The complaint goes on to detail the history of infections on the Diamond Princess and the Grand Princess, both of which were operated by Princess Lines, another Carnival subsidiary, alleging that Costa’s parent was well aware of the risks and potential exposure to passengers on the Costa vessels as well.

Interestingly, it refers to a communication issued by Costa the night before the departure of the cruise in issue, in which Costa purported to represent that it was in touch with all the health authorities of the countries it planned to visit and that it would apply “the most adequate measures to be sure that the highest level of safety for its guests and crewmembers are met.” Thus this case is a bit unusual as it appears the cruise line actually assumed a very high standard of care, beyond that imposed by maritime law.

In addition, the complaint alleges what would be expected in this type of action i.e., there was an inadequate and deficient screening of passengers who might be showing symptoms, the disinfecting and cleaning procedure prior to the vessel’s departure was deficient, and a failure to properly warn passengers of the risk of contracting the virus given the presence of a passenger with symptoms on the previous voyage.

Further it is claimed that Costa delayed informing its passengers that a couple on the voyage in question had actually been disembarked in Puerto Rico with symptoms of coronavirus, and tested positive for the virus, by a full day following Costa’s learning of the positive result, and waiting yet another day to instruct passengers to self-quarantine in their staterooms. Finally, there are allegations of misrepresentation with respect to the availability of medical facilities and the adequacy of the medical expertise on board.

Apart from claims for negligence, negligent infliction of emotional distress, and intentional infliction of emotional distress, the complaint contains a claim for misleading advertising under Florida law (the departure point of the vessel). This may well raise an interesting issue as to the application of a state law claim to a purely maritime tort.

An initial hurdle plaintiff will have to overcome (apart from the usual class action prerequisites under FRCP 23, which may not be inconsequential), is a forum selection clause in the cruise contract, requiring that all passenger claims be brought in the courts of Genoa, Italy. As a general matter, forum selection clauses in passenger tickets are enforceable.4 Whether, given the extraordinary impact of the pandemic on the health and wellbeing of passengers on cruise ships, courts will find a way around this remains to be seen.

Another contention that will no doubt be asserted by Costa, will be that the passengers (or at least some of them) assumed the risk of contracting the virus since, it can be argued, the impact of the virus, and its potential for spreading on cruise ships, was generally known as of the departure date of the cruise.5

A further issue will no doubt relate to causation. Given what we understand to be the incubation period of this illness, which can be as long as 14 days, there may be significant issues of proof with regard to how and, most importantly, when a particular passenger contracted the virus.

In sum, although the allegations of the complaint are compelling, there continue to be serious legal impediments to holding cruise line operators liable for what are, no doubt, serious and compelling physical and emotional damages for this terrible scourge of a disease.

2  Indeed, at the writing of this alert Princess Lines and its parent, Carnival Corporation, as well as the owner of the Grand Princess, Fairline Shipping International Corporation, have been slapped with yet another lawsuit arising from the widespread COVID-19 infection aboard the Grand. This one is a class action being asserted by the well-known and highly regarded class action law firm, Lieff Cabraser Heimann and Bernstein. See, Archer et al. v. Carnival Corporation, et al., U.S.D.C. N.D.CA., case no. 3:20-cv-02381.

5  The complaint itself alleges that the first cases of the virus began spreading on board the Diamond Princess in “early February 2020.” Thus it appears to have been well known by March 5 that there was a risk of contracting the virus on a passenger vessel. Indeed the complaint actually quotes a CDC statement on February 18 to the effect that “the rate of new reports of positives new on board [the Diamond Princess], especially among those without symptoms, highlights the high burden of infection on the ship and potential for ongoing risk.”

Christopher B. Kende can be reached at [email protected]