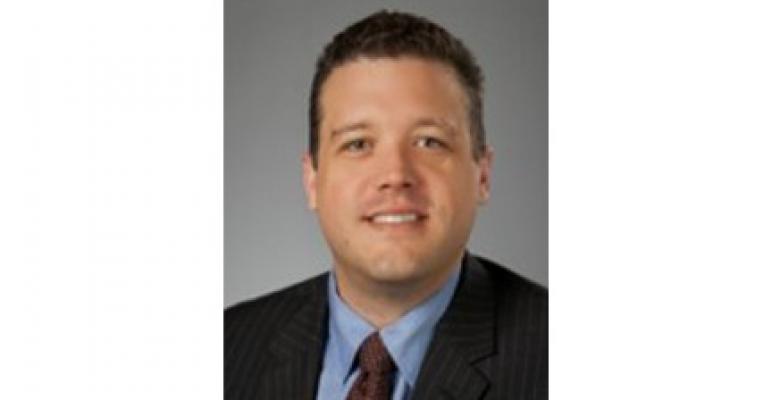 'I considered him a marketing prodigy, one of the most brilliant people I had the pleasure of knowing,' said Tim Rubacky, head of public relations for Oceania Cruises.

Humphrey was an assistant professor of marketing at Florida International University specialized in digital marketing and social media. With his industry background, he often used cruise examples in teaching. He loved engaging with students, loved to cruise and he had a reputation for being nice to everyone — the kind of person who'd go out of his way to rescue a colleague stranded with a flat tire.

Throughout the pandemic Humphrey singlehandedly cared for his elderly mother with dementia in his apartment while also continuing to teach.

'He was such a bright spot, such a passionate and compassionate caregiver — not just to his mom but anyone who needed his help,' Rubacky said. 'He was passionate about his students. He lived to see his students succeed. He was a great friend, colleague and neighbor and a devoted father to his "fur babies" (dogs).'

A mentor in Vicki Freed

Vicki Freed, currently SVP sales and trade support & service, Royal Caribbean International, was Humphrey's mentor when she led sales and marketing at Carnival. She is one of the people he most admired.

'I spent so much time traveling with Lin in the early days at Carnival,' Freed said. 'We opened up the Carnival Vacation Stores and he was one of these amazing people who could take an idea and bring it to fruition. Execution was one of his strong suits.

'He was a very special friend and colleague,' Freed added. 'Lin was loved by his students because he could easily relate to them being a “student himself “ — always wanting to learn more.'

Humphrey started at Carnival in 1997 as a business development manager for the Oregon and Southwest Washington territory. After he earned his MBA from Thunderbird School of Global Management in Arizona, Freed hired him back and assigned him to marketing.

As supervisor of marketing projects, he was involved with the line's first Internet marketing team and promotional video production. His work to help create the Carnival Vacation Store interactive retail program led to his promotion to manager of retail development & marketing.

Humphrey went on to work as director of cruise projects for ICE Enterprise and senior manager of e-commerce at American Express. While at imc2, his agency clients included Norwegian Cruise Line, Omni Hotels and Samsung Mobile USA.

Moving to academia, Humphrey spent more than five years at Rawls College of Business at Texas Tech, first as a graduate assistant instructor then, having earned his Ph.D in marketing, as an instructor. He was named Academic of the Year 2011 by the Mobile Marketing Association.

He became assistant director of marketing at Ithaca College in New York but set his sights on Miami, missing the warm weather and the cruise industry. Florida International University lured him in 2017.

Humphrey crafted and moderated marketing panels at Seatrade Cruise Global over the years and served as a judge for the Seatrade Cruise Awards. He was also a sought-after expert commentator.

He is survived by his mother.