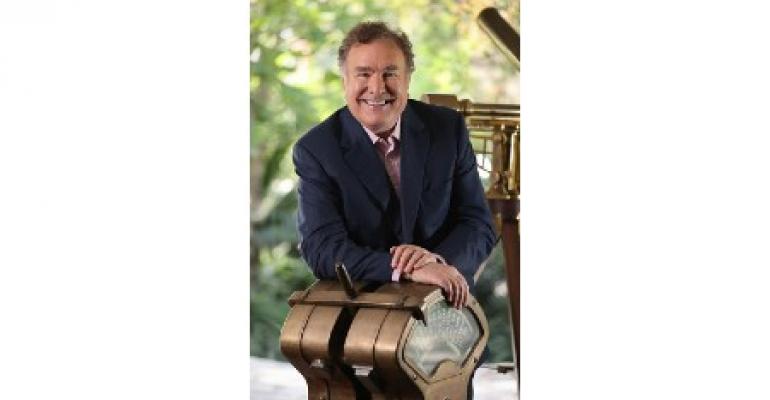 Great leaders are also great teachers since their every move is closely watched. In the case of Richard Fain, that's especially true. Highly visible, he's known for inspiring others.

Fain is stepping down after 33 eventful years as CEO of Royal Caribbean Group but will remain as chairman. His impact will be lasting throughout the cruise world and beyond in what he's passed on to so many.

Seatrade Cruise News asked some key industry figures what they've learned from him.

'The one thing that really stands out for me is something I always believed and hoped to be true: You can be successful while always doing the right thing and leading by example and integrity,' said Lisa Lutoff-Perlo, president and CEO, Celebrity Cruises.

'He proved that time and time again, which is one of the reasons he will be missed so much.

'Richard always did the right thing and conducted himself with the greatest integrity. And while his intelligence is second to none, it is his heart I will remember the most. How he cares so deeply for those who are marginalized, those who need a voice to stand up for them, our employees — especially our crew, our travel partners and his family. These are the true measures of a person. And Richard has them all in spades.'

Doing good is the good thing to do: Vicki Freed

'One of the most powerful lessons is when there is a crisis or event not cruise industry-related such as the South Florida [condominium] building's collapse, the federal employees work freeze — when we opened our cafeterias for breakfast, lunch and dinner for individuals and their families, hurricanes or any other challenge in our community, Richard immediately steps up and offers help and support without being asked,' said Vicki Freed, SVP sales and trade support & service, Royal Caribbean International.

'Richard does it because, as he would say, "We can." Richard always believes “doing good is the good thing to do.” The same applies for our travel partners with the RCL Cares assistance in accessing the PPP loans, our own $40 million loan program, financial support of ASTAPAC both personally and from the corporation, and more. I'm honored and privileged to work with and learn from Richard.'

'The most impressive thing I have learned is his calm approach to things and long-range view. His commitment to survey the situation and always try to do the right thing since it is the right thing to do,' said Mark Conroy, managing director, the Americas, Silversea Cruises.

'What I learned from Richard was never to accept the status quo,' said Roberta Jacoby, executive advisor, global hospitality and travel operations, and former managing director, global tour operations, Royal Caribbean Group. 'He always looked for innovation and was willing to take risks.

'He could visualize the future, building ships that seemed impossible, partnering with WWF guaranteeing Royal would have the highest sustainability standards, leading the company in the very successful double-double (initiative) that catapulted the company to another financial level and leading by example with his community and philanthropic outreach. All this while enjoying every minute of working at Royal.'

'I’ve always had the greatest respect for Richard’s capabilities, integrity and push for continuous improvement. I always felt that Richard would steer the company to do the right thing, not because anyone is watching, but because it’s the right thing to do,' said Carol Cabezas, president, Azamara. 'In these days when the pressure to perform by the marketplace is so great, holding fast to that commitment can be challenging.

'Also, his focus on continuous improvement always pushed the teams to perform better today than yesterday. We could never rest on our laurels and that made RCG the leader in cruise, in my humble opinion.'

'What I learned from Richard first and foremost, is that being a hands-on leader gets things done. Being competitive keeps you sharp and his steadfast commitment to the industry means we all win,' said Michelle Fee, founder and CEO, Cruise Planners.

'We can’t always be the first to do things, but Richard taught me it’s important to be the best and I carry that mantra with me every day.'

'We have all learned so much from watching Richard lead by example,' said Theresa Scalzitti, chief sales officer, Cruise Planners. 'The majority of my career was spent at Royal Caribbean and I saw firsthand how beloved and respected Richard is.

'He is an “ideas man” and always pushed to be the best in all areas of the industry. From the design of new ships to cultivating the company culture, it was 100% innovation. He’s an icon and I’m thankful to have seen his leadership in action.'

'What stands out the most to me is the way he married an incredible business intellect with his heart. It feels like anytime something goes wrong in the world, Royal Caribbean Group finds a way to help lead the way to recovery. That is incredible leadership — stuff of legends — and that’s certainly the category Richard is in,' said Alex Sharpe, president and CEO, Signature Travel Network.

'There’s no question that Richard Fain has been the most accomplished leader in the cruise industry. He has also been the most approachable and gracious, qualities that have made him successful with both Wall Street and Main Street,' said Joyce Landry, CEO, Landry & Kling Global Cruise Services.

'I have observed and learned from Richard that curiosity is one of the most important attributes of leadership, and will fondly remember his exuberance at every inaugural and with every new technology announcement. He deserves to enjoy the fruits of his labor after giving so much to the industry he helped to create.'